Why house prices are surging in regional areas and it’s NOT just because of Covid – so where should YOU buy?

House prices are surging in regional areas even in places that weren’t posting strong population growth before the pandemic.

In 2020, 39 sub-markets out of 88 across Australia saw median house prices climb to record highs even though immigration was virtually turned off.

Regional house and apartment prices together last year rose by 6.9 per cent compared with two per cent across the capital cities, as buyers who could work from home fled Sydney and Melbourne. 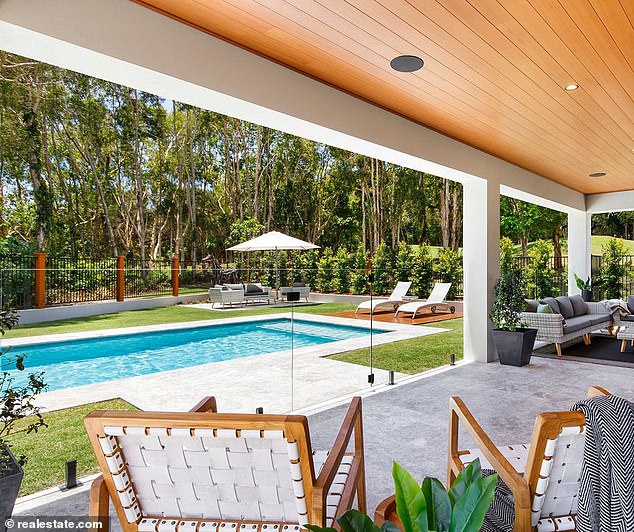 House prices are surging in regional areas and it’s not just because Covid is sparking an exodus from Australia’s capital cities. Real estate data group CoreLogic’s head of research in Australia Eliza Owen said population growth alone did not explain the surge in property values outside the metropolitan centres. Pictured is a house at Noosa Heads on the Sunshine Coast

But before the pandemic, the Gold Coast and the Sunshine Coast in Queensland were only regional centres to see significant population growth, mainly from new arrivals from other parts of Australia.

Regional house and apartment prices together rose by 6.9 per cent in 2020 compared with two per cent for capital cities

Austinmer in the Illawarra region of New South Wales saw a 14.9 per cent increase

In regional markets, proximity to a major capital city was deemed as more important than population growth

In the three years to June 2019, these regions on either side of Brisbane between them gained 39,770 new residents.

‘COVID may have exacerbated the trend, but did not start it.’

When it came to house prices, Noosa Heads on the Sunshine Coast was a phenomenal performer in 2020 with median values surging by 17.3 per cent to $1.45million.

The Illawarra region south of Sydney also did well last year, and over the past decade, despite population growth before the pandemic not being as strong as the coastal hot spots in south-east Queensland.

Just 718 new people moved to this area of New South Wales in the three years to mid-2019.

Yet Austinmer, in Wollongong’s beachside northern suburbs, last year posted a 14.9 per cent surge in mid-point house prices to $1.438million.

This suburb is also on a train line, making it just a short commute north to Sydney.

‘One of the reasons for the longer term popularity of markets in major coastal centres could be proximity to major cities,’ Ms Owen said.

‘The rise of cities within a commutable distance to the capital cities have enabled a regional lifestyle with the benefit of maintaining access to the employment opportunity and amenity of the capitals. 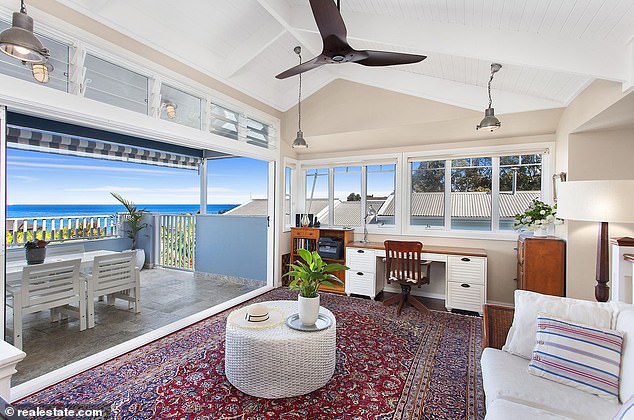 The Illawarra region also did well last year, and over the past decade, despite population growth before the pandemic not being as strong as coastal hot spots in south-east Queensland. Pictured is a house at Wombarra in Wollongong’s coastal north

‘This combination has attracted a greater price premium over time.’

During the past decade, Illawarra house and unit values have grown on average by five per cent a year, a level comparable with Sydney’s 5.1 per cent.

Between 2010 and 2020, the Gold Coast and the Sunshine Coast both managed annualised growth of just 2.4 per cent, but that has recently changed.

The ability to work was more likely to help regional house prices in 2021, with the Reserve Bank of Australia forecasting a 30 per cent surge during the next three years as a result of record-low interest rates.

‘With a positive outlook in place for housing assets in 2021, regional Australian dwelling markets may continue to rise in value,’ Ms Owen said.