Why should a pregnant woman eat curd daily?

Diet plays an important role during pregnancy, as it contributes to maintaining the health of the mother and her fetus, and the prevention of many problems and risks that may surround her during pregnancy, which may expose her to more serious complications, so mothers must be aware of foods and drinks that give them a health benefit during pregnancy. That difficult stage.

According to a report published in Healthline, curd during pregnancy may be a healthy way to maintain the health of the mother and fetus, based on its nutritional content.

The following are the main benefits of yoghurt for expectant mothers: 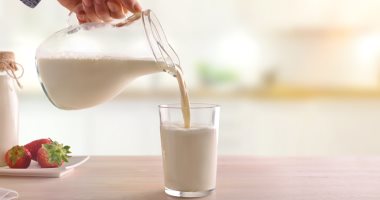 A pregnant woman needs high nutrition for her body and her fetus, and yoghurt contributes to the absorption of all nutrients so that the body can use the nutrition from food optimally.

A pregnant woman suffers from a sensitive condition in her stomach during pregnancy, especially when eating spicy foods, so curd is the best option to be combined with spicy foods.

Maintaining blood pressure at a normal level is one of the benefits of yoghurt during pregnancy, which contains potassium, a mineral that controls muscle contraction in the body, including the heart muscle. its rhythm so that blood pressure can be maintained at its normal level.

Curd contains vitamin C which plays a role in the immune system, as high vitamin C can boost immunity during pregnancy so any infection that attacks the body can be prevented.

Yogurt contains good bacteria such as probiotics to protect the digestive system during pregnancy, so this probiotic fights many microorganisms in the gut that can cause diarrhea.