It is no secret that wearing sunscreen is hugely important when it comes to protecting our skin and preventing aging.

However a new viral trend on TikTok is seeing women using the sun’s powerful rays to naturally contour to their face by applying sunscreen to certain areas.

Eli Withrow, 24, an LA model, went viral after she posted a video boasting of the tip last year, and said it had left her ‘feeling snatched all summer.’

The trend has boomed in recent weeks, with thousands trying out the hack, but experts told FEMAIL it was ‘dangerous’ and could cause ‘significant’ and irreversible damage. 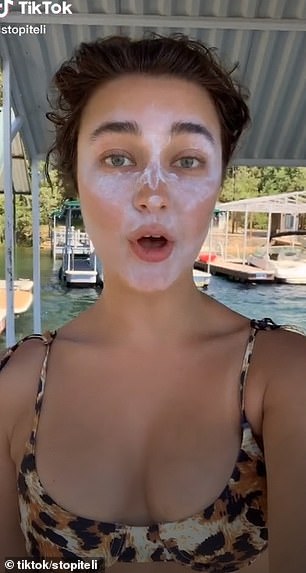 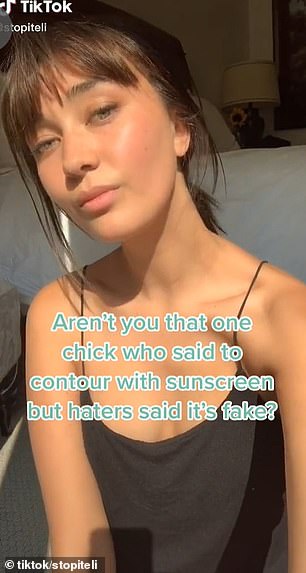 Eli Withrow, 24, an LA model, went viral after she posted a video boasting of the tip last year, and said it had left her ‘feeling snatched all summer’ (left, and right, the results)

Dr Simran Deo at Online Doctor, Zava, explained: ‘The UV rays from the sun can cause significant damage to the skin especially in fairer skin types.

‘Sunburn and tanning is an indication there is some degree of cell damage that has occurred.

‘Although using SpF to contour may lead to temporary tan lines in areas where you would usually use make-up to create the same effect, once those tan lines fade you can be left with more permanent skin damage, which presents at a later age and is not so easy to reverse.

‘The harsh UVA, UVB and UVR rays of the sun can lead to early signs of aging such as wrinkles and fine lines, areas of hyperpigmentation such as lentigo or deeper pigmentation known as melasma. 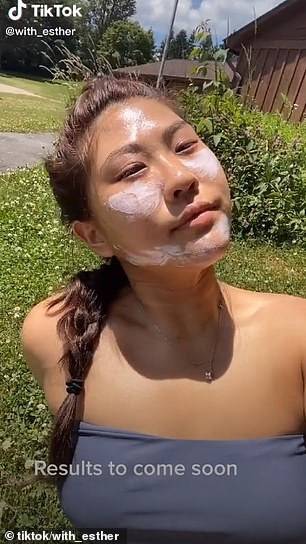 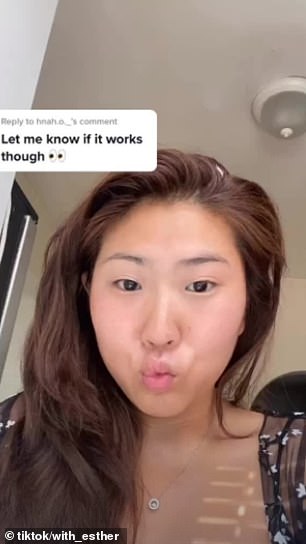 American Esther Hoang shared the results of her natural highlighting (left and right), confessing she felt the hack ‘had worked’

‘It can result in damage of the skin cells leading to skin cancer and pre-cancerous changes, as well as having an effect on your immunity.’

Meanwhile she advised Brits reach for sunscreen every day in order to protect their face from damage, and said it should be applied across the face.

Dr Simran explained: ‘An ideal sunscreen should protect against the entire solar UVB/UVA range and is known as a broad spectrum sunscreen.

‘It should be applied all over the sun exposed areas, by that I mean anywhere not covered by an item of clothing. 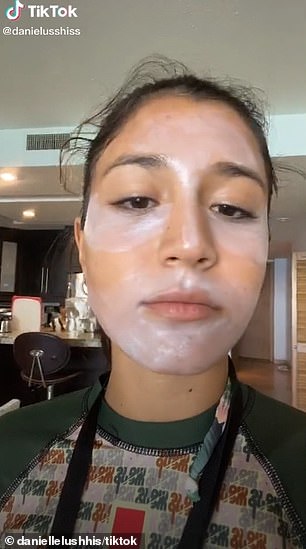 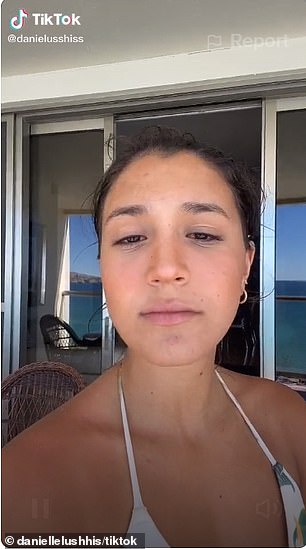 Many have flocked to try out the trend after seeing Eli’s viral video online (left, and right) but experts warned the hack could be ‘dangerous’ and cause permanent damage

‘At least an SpF 30 should be applied daily, even on winter days, and this should be increased to SpF 50 in the summer, or in fairer skin types.’

The trend was first posted on TikTok last summer by  Eli, who shared a clip as she tested out the sunscreen hack.

In a clip which has now been viewed almost 2 million times, she wrote: ‘Haters will say it doesn’t work. But I am convinced that if you put a base sunscreen of SPF 30 on and SPF 90 on all the spots you would put highlighter on, the sun will contour your face where you would put bronzer.’

Thousands of others have tested out the trend, with many claiming the hack has ‘worked’ on their skin. 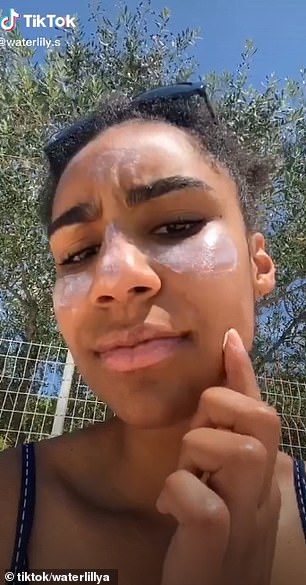 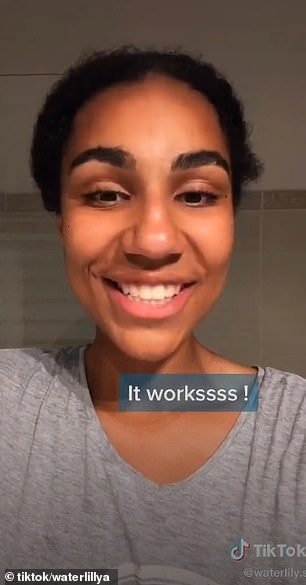 Another TikTok user shared a video clip as she applied her sunscreen in certain areas on her face (left), before unveiling the result (right)

American Esther Hoang shared the results of her natural highlighting in a second video, posting: ‘This is the 24 hour result of doing the sunscreen on my face to naturally highlight certain areas.

‘The sun gave a little change to my face. There is nothing on my face right now other than my skin care routine.

‘Maybe my skin just tans different but I would say it does work.’

Meanwhile, others have tried out the sunscreen contouring on other parts of their body. 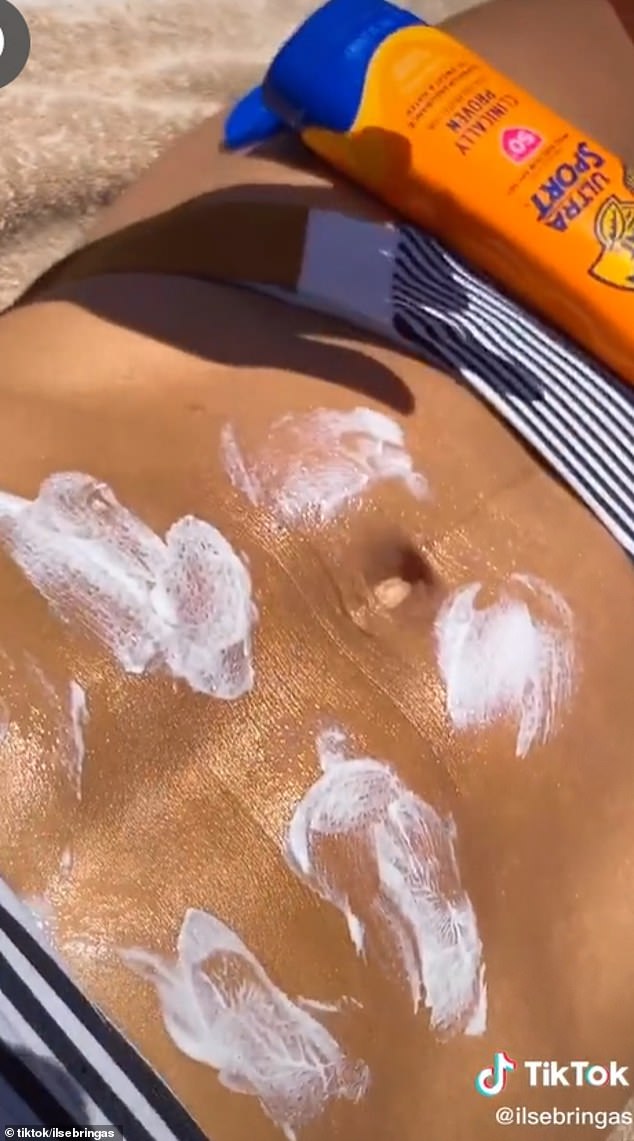 A clip of American makeup artist  Ilse’Bringas covering parts  of her stomach in sunscreen has been viewed by almost 1 million people on the platform.

However some TikTok users have said the hack hasn’t worked for them, with teacher Christa Clair McLane posting a clip of her attempt at the challenge.

She said: ‘Have you ever watched a Tiktok and thought it was a really good idea? So you decided to contour your face with sunscreen to have a natural highlight and you think it’s going to look fantastic? Well it’s not.’

Christa went on to share a clip of her sunburnt and sore face, saying: ‘Not a good idea.’ 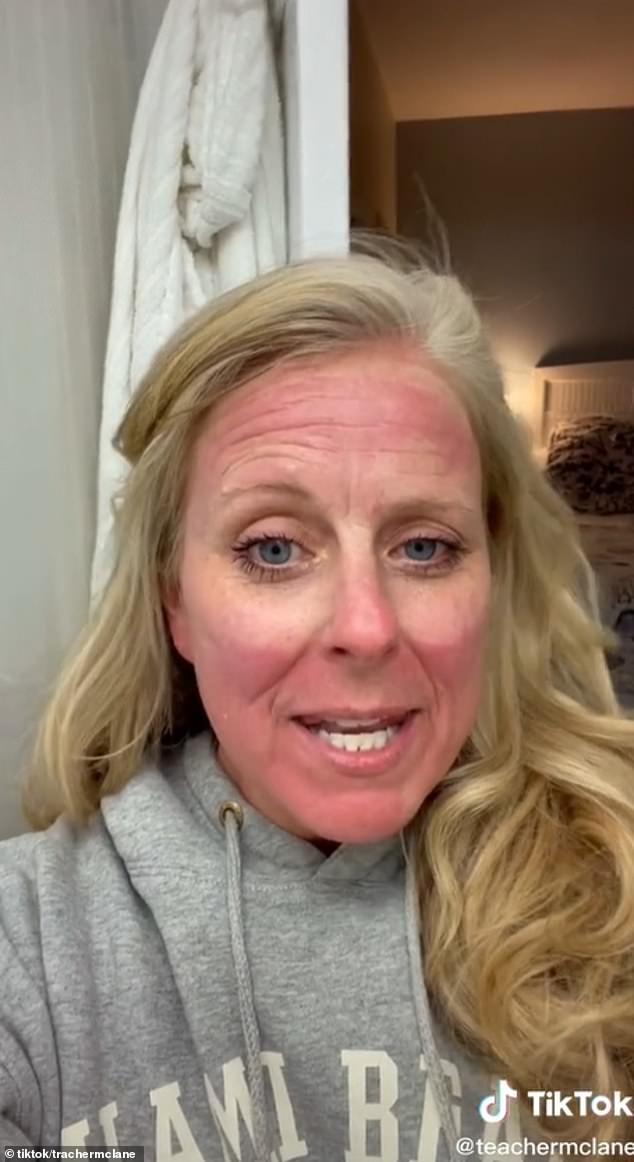 However some TikTok users have said the hack hasn’t worked for them, with teacher Christa Clair McLane posting a clip of her sunburnt face after trying out the challenge

The tip has previously been recommended by celebrity makeup artist to the stars Sir John Barnett.

Speaking on Fat Mascara in 2017, he revealed that he applies different factors of sun cream to different sections of the face.

He says: ‘I’ll do 15 or 20 SPF everywhere on my face when I’m out in the sun or I know I’m going to be on a job, because you need some kind of veil of protection. 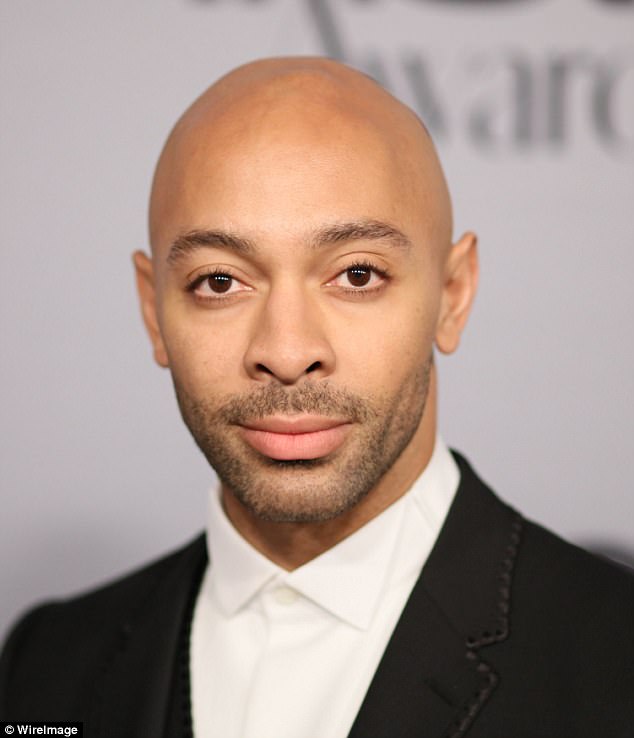 ‘Then I’ll just add a 50 to 80 waterproof [SPF] underneath the eyes, around the eyes, a thin line down the centre of the nose, maybe touch a bit on your chin, or anywhere you naturally use your highlighter to contour and highlight.’

Sir John reveals that by adding a high factor of sunscreen to areas you would normally highlight can act as a natural highlighter as it keeps those features ‘brighter’ than the rest of the face.

He continues: ‘Your highlighter in this case is going to be a 70 or 50 SPF waterproof, so sit out in the sun, do your thing, play, drink, whatever you’re going to do.

‘And then when you go into your hotel room and wash your face, you’re so bright around everywhere that you had (higher) protection.’

PICKING THE RIGHT SUNSCREEN: HOW TO DECODE THE LABEL

ONCE A DAY: Standard products degrade with sun exposure and rub off in around two hours. ‘Once a day’ products contain chemicals claimed to be more resistant, but even these should be reapplied if you’ve been sweating or been swimming and towel dried yourself, says Clare O’Connor of Boots. Which? said a number of ‘once a day’ sunscreens wear off quickly – over the course of a day an SPF30 could drop to SPF8.

WATERPROOF: This means the product keeps at least 50 per cent of its SPF protection after 40 minutes in water. So an SPF20 cream would have proved it’s at least SPF 10 after 40 minutes, which is why you still need to reapply after swimming.

SAND- AND SWEAT-RESISTANT: These supposedly won’t be so easily removed by these factors. However, creams cannot be entirely resistant, so if you need this protection, you’d be better off using a UV protective top, says dermatologist Dr Hextall.

SAFE FOR BABIES: These have been specially formulated but as everything should theoretically be safe for babies, says dermatologist Dr Anton Alexandroff. Physical sunscreens may be marginally better fas they’re less likely to cause allergic contact dermatitis, he says.

HYPOALLERGENIC: This usually means the product doesn’t contain known allergens. But there is no standard for what ‘hypoallergenic’ means, says Dr Hextall. Many studies suggest hypoallergenic products can still contain allergens.

APPLY TO WET SKIN: This is a new selling point. It contains chemicals that allow water on the skin to be absorbed into the product rather than diluting it. But Dr Hextall questions whether wet skin will reduce the potency of UV-protecting chemicals, or if these products will evaporate more quickly on wet skin.