Widow of NHS consultant, 50, who killed himself after being accused of sexually assaulting patient he sedated with drug that causes hallucinations is suing hospital trust and GMC over his death

The widow of a married hospital doctor who took his own life after being accused of sexually assaulting a teenage patient is suing over his death.

Dr Sridharan Suresh, 50, a senior consultant anaesthetist at the North Tees and Hartlepool NHS Foundation Trust, was found dead in the River Tees near Jubilee Bridge in Stockton on May 2, 2018.

The allegation against him had centred around a teenage patient claiming Dr Suresh had touched her sexually after administering a sedative.

An inquest had previously Dr Suresh was under the impression the police investigation was to be discontinued as the drug can cause hallucinations and there were no witnesses to the alleged incident.

His hopes were shattered when he received an email from the General Medical Council (GMC) announcing it was continuing its probe.

He was found dead the same day after messaging his architect wife, Visalakshmi, to say he had done nothing wrong.

Dr Suresh’s wife said the agencies had failed her husband, whom she described as a loving family man and a dedicated doctor, and accused them of negligence. 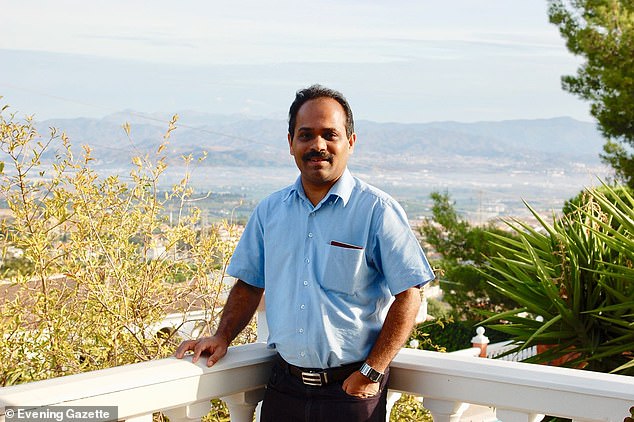 Dr Sridharan Suresh, 50, a senior consultant anaesthetist at the North Tees and Hartlepool NHS Foundation Trust, was found dead in May 2018

The British Medical Association said in a statement: ‘The widow of a doctor who took his own life is to be supported by the BMA in her claim against her husband’s former employer, and the GMC, for negligence and under Article 2 of the Human Rights Act – the right to life.

‘The letter will say the trust’s failings contributed to Dr Suresh’s decision to take his own life. It will say the trust owed him a duty of care and breached that by wrongly informing Dr Suresh that he would not be referred to the GMC, failing to update Dr Suresh or their medical director when the police made a referral to the GMC and failing to take steps to protect Dr Suresh’s mental health in light of those developments.’

‘A letter before action has been sent to the GMC, from the BMA appointed lawyers. It says the GMC should have known there was a real and immediate risk of suicide, and that there were system failures after the GMC failed to take any steps to liaise with Dr Suresh’s employer or the police to assess his vulnerabilities, despite Dr Suresh telling his trust how the investigations were affecting him and his family.’ 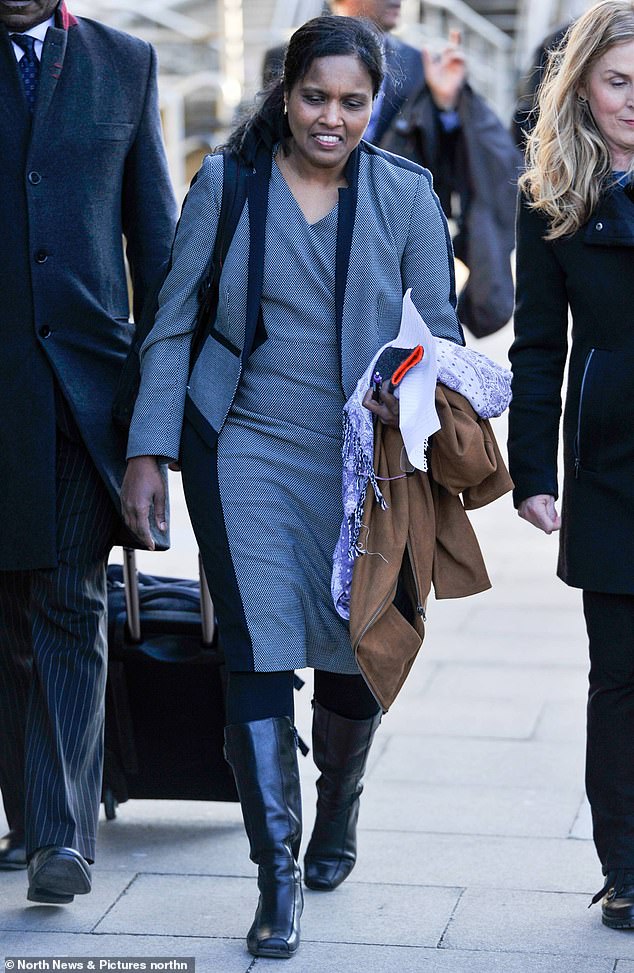 Visalakshmi Suresh said the agencies had failed her husband, whom she described as a loving family man and a dedicated doctor, and accused them of negligence.

At the earlier inquest Mrs Suresh said her husband had felt isolated, there had been a lack of support and that even a reassuring phone call ‘would have made a huge difference’.

Calling it a ‘systematic failure from the organisation’, she said: ‘He was totally dedicated to serving his patients.’

A spokesperson for the GMC said: ‘We are deeply saddened by the tragic case of Dr Suresh and the devastation this has brought his family. It’s so important we keep listening, learning and improving our processes, and we have made a number of changes since the inquest.

‘New safeguards including the offer of a phone call with our first email, and pre-disclosure checks following police referrals, will help us ensure sensitive messages are delivered in the best possible way, so extra support can be arranged if necessary.

‘We are seeking legislative reform, including greater flexibility, to the way we work with employers and investigate complaints. This will allow us to protect patients and reduce the impact of investigations on doctors.’

For confidential support in the UK call the Samaritans on 116123, visit a local Samaritans branch or click here for details.