A heartbroken widower who survived a suicide pact with his French sweetheart wife of 70 years, went on to take his own life two years later, an inquest heard.

The inquest at Ruthin County Hall today was told about his ‘remarkable life’ which included risking his life to help others during La Résistance in Nazi-occupied France during World War II.

The hearing heard how the pensioner, who suffered with pancreatic cancer had entered a suicide pact with his wife, Nicole, in 2017.

Both survived but Mrs Faleur passed away a few days later after taking an overdose.

Her husband, John, who was also her carer, went on to make a full recovery. 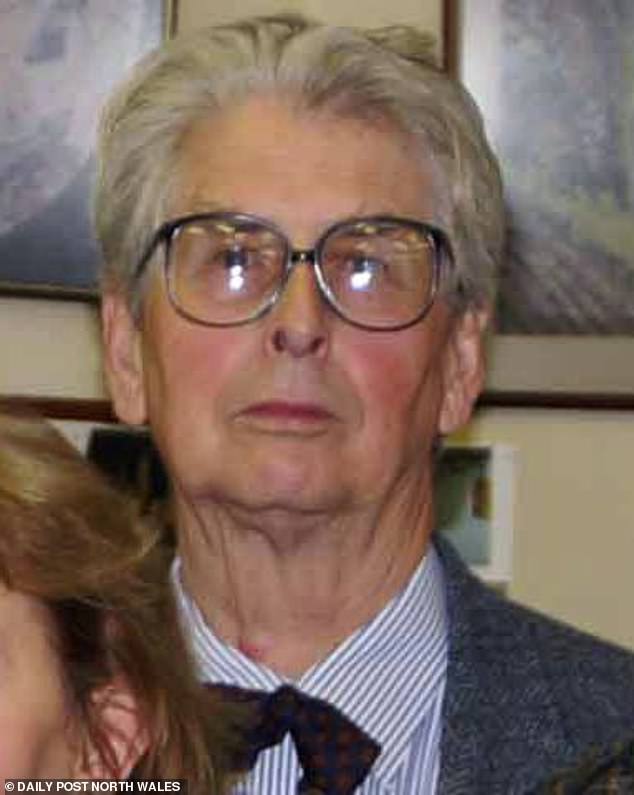 John Jules Leonidas Andre Faleur, 94, took his life two years after he survived a suicide pact with his French wife of 70 years, Nicole. He was found dead at his Denbighshire home in Wales earlier this year

In the two years that followed, relatives said his mood appeared to be improving before he began having chronic back problems.

Mr Faleur had previously expressed suicidal thoughts and said he would end his life if it ‘became unsurvivable’.

He was diagnosed with a crushed vertebrae and fell out of bed, telling friend and neighbour, Ann Jones he felt weak and had no energy.

The retired company director of Mold Road, Ruthin, was in too much pain to attend a family meal which had been planned for his 94th birthday on February 1, but said he had been looking forward to celebrating at a later date and hearing his son, Patrick play the violin.

But on February 23 this year, when Ms Jones let herself into the property, she found Mr Faleur dead in bed, having removed his wedding ring, watch and Careline button.

An ambulance was called but Mr Faleur was pronounced dead by paramedics.

A postmortem was carried out with a cause of death given as asphyxiation.

A statement from Mr Faleur’s son, Patrick was read out during the inquest.

In it he said his father had been diagnosed with pancreatic cancer in the 1990s which had been under control for some years before spreading to his bones.

But he had always been of sound mind and had lived independently following the death of his wife, and was supported by friends and relatives who regularly visited.

Patrick said his father had grown up in Wallasey, Wirral and moved to Paris with his uncle during the war.

He studied medicine at university there and helped in the Resistance, joining the Red Cross in France where he also organised holidays for under privileged children.

It was there that he met his wife, Nicole and the pair married in 1947.

Both returned to Wallasey with Mr Faleur becoming a science teacher.

His career also saw him work in Liverpool’s Liver Buildings for 20 years and for Littlewoods before being made redundant.

He used his redundancy money to buy a house in Ruthin and set up his own company.

Patrick described him as ‘bright, rational and well read.’

He said his father loved food, drink, music and spending time with friends and family.

He was also a keen photographer who is ‘sadly missed’. 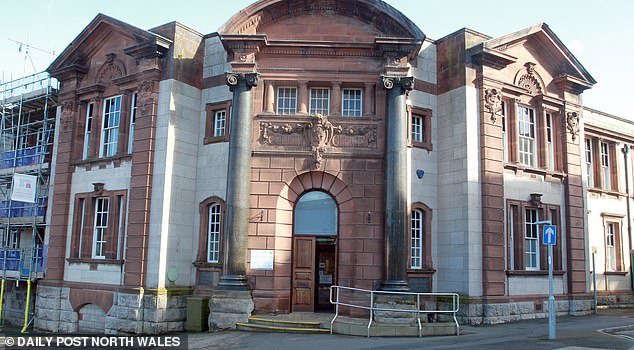 Recording a conclusion of suicide, coroner for North Wales east and central, David Pojur said Mr Faleur was a ‘rational gentleman’ who ‘knew his own mind’.

‘This is the sad case of the death of a 94-year-old who lived an interesting and quite remarkable life,’ he added.

Speaking after the hearing, Patrick said: ‘Dad was a remarkable person, who although his health declined towards the end (the reason he took his own life) never lost his sharpness and he would argue that his suicide was the act of a rational person.

‘He was very well read (I am at present ploughing through his thousands of books, only a few hundred I can keep) and took an interest in many things.

‘He was also remarkably brave and risked his life many times during the last World War to help others.

‘He met my mother in France, and she never lost her French accent even as she entered her ninth decade.

‘I now have the responsibility of preserving the many family papers and photos going back many years – his family tree goes back to the 16th Century.’

Winter sun holidays: The best bargain deals on offer from the Caribbean to Greece

Scott Brooks will not return as coach of the Washington Wizards after five seasons with only...