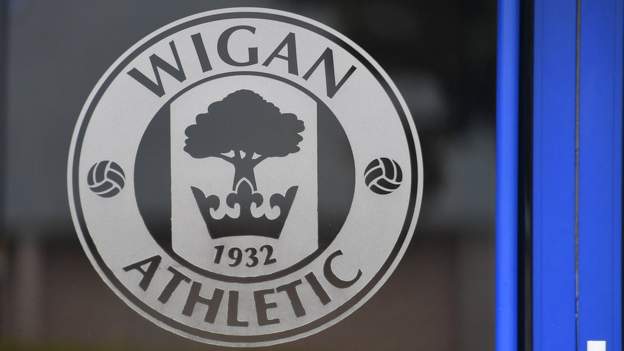 
Wigan Athletic’s administrators say they have reached an agreement with a bidder from Spain to purchase the financially troubled League One club.

In the meantime, fans have raised nearly £700,000 to support the club.

The bidder, who is yet to be named, has paid a “substantial” deposit and will pay non-football creditors.

The payment of non-football creditors will ensure the club does not pick up a further 15-point penalty from the English Football League for the current season, the administrators said in a statement.

“We are now working with our lawyers and the bidder to produce all of the necessary paperwork to submit to the EFL so that successful transfer of the football share can be made at the earliest opportunity,” the statement continued.

“The preferred bidder who has experience in football has made it plain that they do not wish for their details to be made public until such time as the sale is completed and we are respecting this anonymity.”

Wigan’s administration this summer came just one month after a change of ownership.

The Latics would have comfortably survived in the Championship without the points deduction and, after relegation, a number of players were sold in order to cover costs and pay wages.

Many staff at the club were also made redundant as administrators Begbies Traynor searched for a buyer, with fans and former players raising funds to help out as the hunt drew on.

Alexa, Siri or Google? What to know before you buy smart speakers