Emergency services are attending to a multiple car crash in South Australia that has been caused by a huge dust storm causing zero visibility.

Two men have been taken to hospital after the four-car pile up in Balaklava, in the state’s mid north.

Ferries to Kangaroo Island have been cancelled because of wild weather and Augusta Highway near Port Wakefield has been closed due to low visibility. 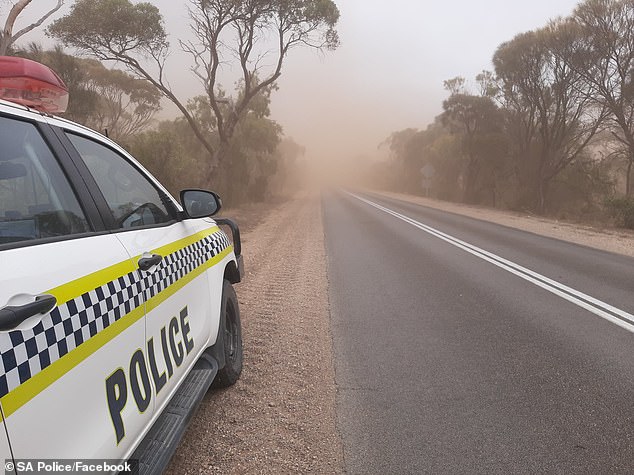 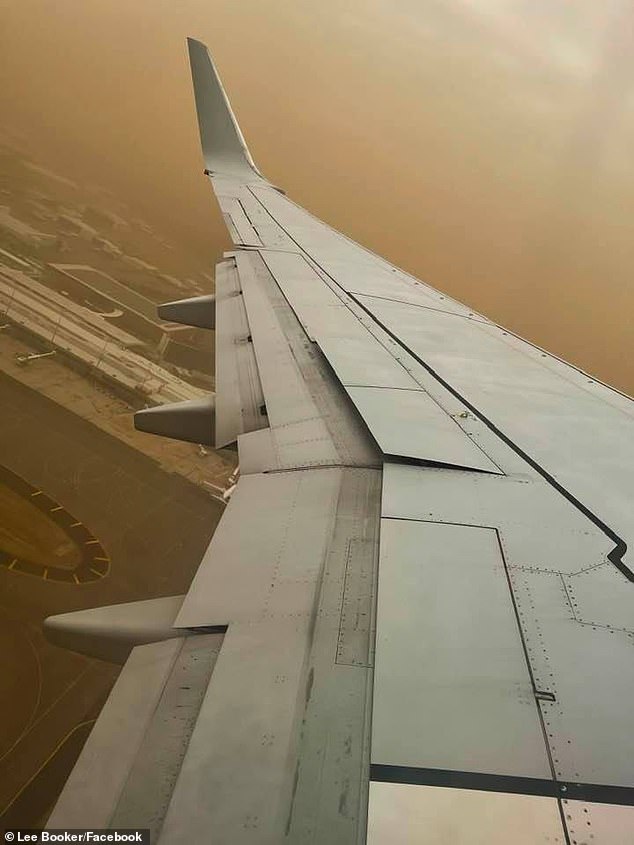 The four-car pile up on Balaklava Road, Balaklava, has been caused by a dust storm (pictured from a plane) that has blanketed South Australia

The Bureau of Meteorology has warned motorists that dust caused by strong winds of speeds up to 60-63 km per hour with gusts up to 91 kilometres per hour have created dangerous driving conditions.

‘Take care on the roads today. Extreme winds are whipping up dust across the state, reducing visibility on the roads and increasing fire danger,’ tweeted South Australia Police.

‘Drive to the conditions and turn your lights on. Put your hazard lights on and pull over where safe to do so if visibility is reduced.’ 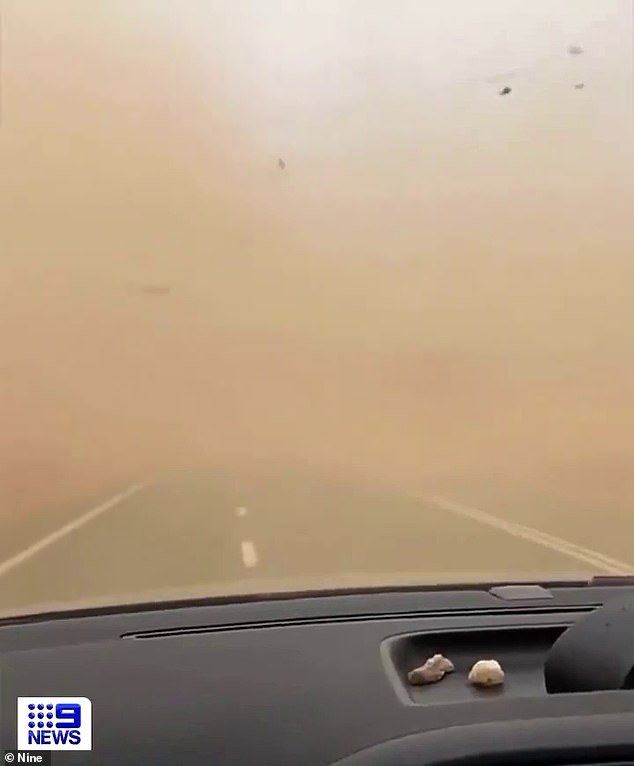 South Australia Health has warned people in the city, to stay indoors and keep doors and windows shut particularly in they are vulnerable or have breathing conditions

South Australia Health has warned people to stay inside and keep doors and windows shut, particularly if they have chest conditions.

‘People with chest conditions, such as asthma, and heart conditions are advised that today’s raised dust could exacerbate their condition,’ the said.

BOM said the last of tropical cyclone Seroja was being captured by a cold front moving from the west across South Ausdtralia.

Temperatures were forecast to climb into the mid-30s in some regional centres while Adelaide was tipped to have a top of 26C before the milder change. 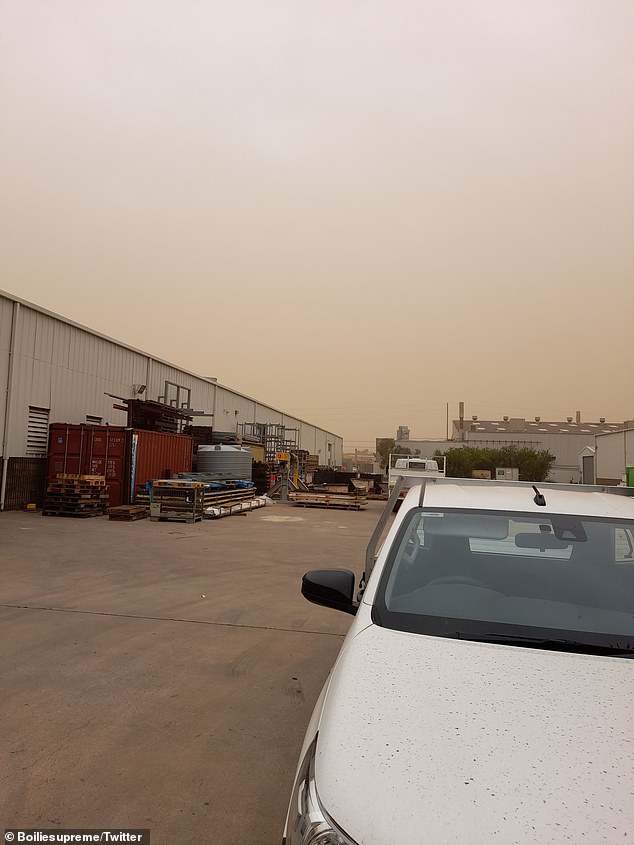 There were also widespread reports of raised dust after several weeks of dry conditions and the State Emergency Service said it had responded to 21 calls for assistance, mainly related to fallen trees.

A fire weather warning is also in place in the state for nine districts, including an extreme fire danger forecast for the Lower Eyre Peninsula and Yorke Peninsula.

The Country Fire Service says fires on Kangaroo Island, in the Adelaide Hills and north of the city are no longer a risk to lives and homes.

The Country Fire Service reported an uncontrolled grass fire on Kangaroo Island on Tuesday morning, which has now been contained.

The lack of rain has also left Adelaide’s reservoir supplies at just 48 per cent, with the Kangaroo Creek and Little Para catchments the driest at just 23 per cent and 29 per cent respectively.

SA may get some showers over the next few days, but forecasts are for no more than a few millimetres, well short of any significant break in the season.