Brave kayakers have made the most of torrential rain battering northern New South Wales by riding 30 metres down an overflowing waterfall.

Three men in kayaks were spotted at the top of Dangar falls, 2km north of Dorrigo, on Monday as downpours continue to lash the region.

A video posted on Facebook shows one of the sportsmen paddling over the edge of the cliff through the gushing stream, plummeting metres into the pool below.

‘What a madman,’ the bystander filming says. 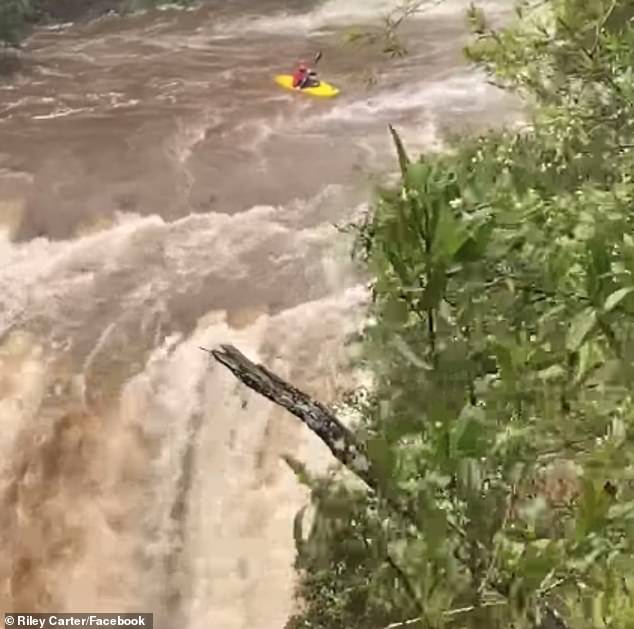 Three kayakers (one pictured) were spotted riding down Dangar Falls, in Dorrigo, on Monday as Northern New South Wales continues to be battered by torrential rain

The kayaker temporarily vanishes behind the waterfall’s spray, before finally reappearing unscathed in his vessel at the bottom.

‘He’s up, he’s up!’ the narrator declares in delight.

Another man in a kayak, who had already gone over the waterfall, waits for him to paddle over before the pair continue gliding down the stream.

The viral clip has been shared more than 700 times, with many shocked by the men’s actions.

Others were in awe of their daredevil spirit. 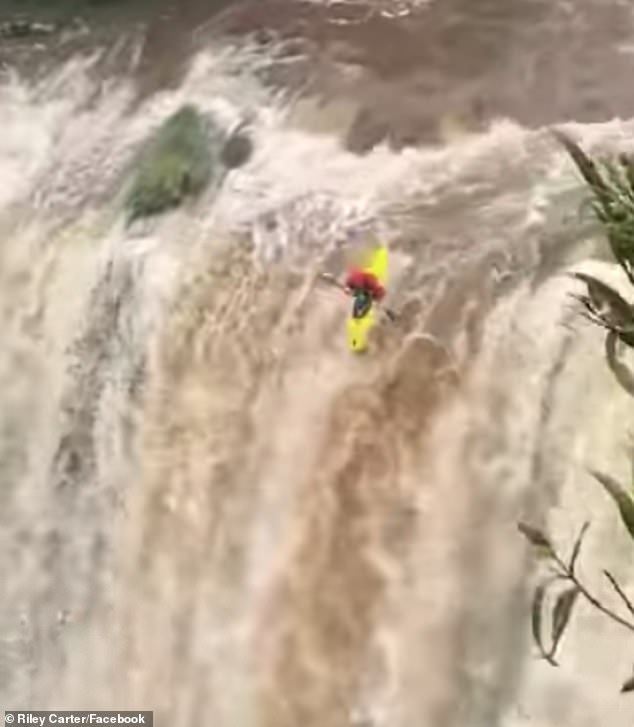 ‘Stuff that! But good on them!’ another said.

‘These guys have large kahunas,’ someone else added.

The wet conditions are predicted to extend into next week, with both states warned to expect damaging winds, heavy rainfall, further coastal erosion and flooding.

A palm oil alternative could help save rainforests

It keeps the homeless warm... and doesn't cost a packet! Man makes blankets out of CRISP packs