Today, the rapidly growing crypto industry has already crossed the entire globe. With the market being very bullish for the future of crypto, there are a few projects that are doing exceptionally well.

They are constantly evolving their technology and drawing the attention of the investors and traders. Cardano is one of them.

Cardano is the world’s first ever peer-reviewed decentralized blockchain solution and ADA is the native cryptocurrency that powers that protocol. Cardano and ADA were created by ex-Ethereum co-founder Charles Hoskinson.

Cardano is considered to be a third-generation blockchain, different from Bitcoin or that of many others. Launched in September 2017, Cardano has quickly established itself in the list of the top cryptocurrencies.

Cardano uses a programming language that is native to military infrastructure and other high profile industries, making it extremely valuable and interesting to a variety of sectors. It may also be used to prevent counterfeiting in the future.

Cardano [ADA] is up by 2.3% for the last 24 hours. This continues the progressive price gain the coin has experienced within the last 30 days, altogether summing up to around 46%.

The coin is currently trading at $0.081 while gaining around 1.4% within the last hour. Its market sentiment is overly bullish as 87% of spectators on coingecko voted bullish on ADA.

At its current price, ADA has an exchange volume of $238 million over the last 24 hours as market capitalization stands $2.53 billion.

Cardano made an incredibly successful entry into the market. To help get funds for the development of the project, Cardano’s team raised more than $63m during its ICO. Over the first week from launch, ADA experienced significant growth, soaring in value and hitting a market cap of over $600m by October 1, 2017.

It quickly got listed on a multitude of the top cryptocurrency exchanges. On November 29, 2017, the coin skyrocketed over 142.4 per cent, boosting its market cap to $3.5bn.

The first half of 2019 was very positive for Cardano (ADA). Initially after reaching $0.05 by 9 January, the price declined before finding support at $0.035 on 6 February. The buyers showed increased interest and pushed ADA to $0.10 on 3 April.

After a slight pullback to $0.057, Cardano tried five times to break through the resistance at $0.10. On 26 June 2019, ADA managed to reach $0.11, but sellers stepped in and dragged the price down. The rest of the year was bearish for Cardano; it was only in December that ADA found support at the $0.03 price mark.

Cardano [ADA] began the year on a bearish note. This was the aftermath of the consolidation seen throughout 2019. By January, the cryptocurrency was trading around $0.044 and was getting ready for a short term bull run.

A progressive price increase stretched ADA through February and by the end of the month, the coin had surpassed $0.07. Trading action into the month of March dropped ADA’s price a bit downwards. The first wave of the bear market saw prices trading at $0.06 by the first week of March.

By the middle of March, prices continued to drop until it bottomed at $0.02. Ever since there’s been a steady flow until now.

By the end of the first quarter, prices had surged gallantly to $0.06 level. Into the second quarter, the price surge continued until the price had touched $0.09 per unit. A stiff resistance at the $0.1 level has kept the coin under the level until the present.

Major price predictions specialists have a convergent opinion that ADA will see around 200% rise of its current price by 2021. By the end of the year 2021, each ADA coin is expected to be trading at $0.3.

In 5 years’ time, the price of ADA may be trading close or higher than its All-Time-High (ATH) price of $1.2. This is expected due to inbound project development. Also, as mass adoption takes effect, more global users will push institutional money into the ADA project which may have a great influence on price moving forward.

LongForecast : LongForecast gives a modest ADA price prediction of $0.05 in 2020. According to these experts, the coin will reach a price of $0.09 later on in the years following.

CryptoGround: CryptoGround also contributes identical conclusions and growth predictions, reaching $0.06 in 2020 and $0.08 before the end of 2024.

Due to a multiplicity of bullish technical analysis, we provide an incredibly strong Cardano coin price prediction of $0.5 per ADA in 2020. It may then proceed to reaching $1 by 2021 and prices may double in value in the future. Many similar predictions also exist on Cardano Reddit handles and similar mediums.

Cardano boasts of one of the most vibrant communities of crypto enthusiasts in the space. The Cardano project has attracted much attention from crypto investors who now converge at different platforms to discuss project growth and development, cardano coin, cardano price movement, cardano news, upgrades and recent partnerships and achievements. Some of such groups include the Cardano forum on redditt.

The Cardano wallet also remains one of the safest ever unveiled in the crypto eco. Specifically, the wallet is built for ease, speed, self custody, and mobility. Some of the most popular include Ledger and Yoroi

In this Cardano news, the team successfully launched Daedalus 1.1.0. The Cardano news updated this week, explaining that the team focused on the initial Daedalus release for the Shelley Testnet. The team announced work on the enactment of the hardware wallet support which is nearly complete.

Cardano Adrestia team announced recently that they have been working on initial integration of the Cardano node in Shelley mode. This Cardano news was updated alongside that of the wallet update.

The DevOps team recently assisted the deployment of a new explorer version. This Cardano news was released recently, explaining that the new development was done alongside helping the Friends and Family testnet development team with IOHK stake pool registration. At the time, Cardano Reddit and many other Cardano forums had been updated with the development.

How was Cardano funded?

Cardano was funded from a token sale event that took place between September 2015 and January 2017.

This is the native cryptocurrency on the Cardano blockchain.

Who is the team behind Cardano?

There are three organizations which are contributing to the growth of Cardano. They are Cardano Foundation, IOHK, and Emurgo.

Based on inbound development, ADA is expected to grow much more than $10. 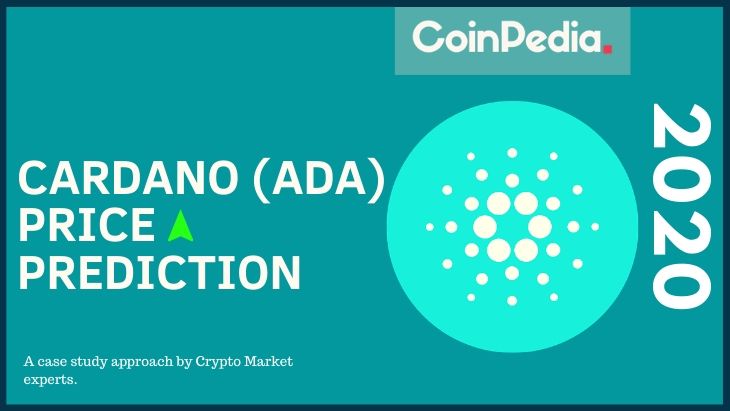 As an investor, if your question today concerns ADA price, Coinpedia are only happy to provide you the latest info and accurate Cardano Price Prediction.

Thanksgiving is coming. Christmas, too. Does the COVID-19 pandemic mean you should skip the traditional family gatherings? What experts say.