Will Owen and Michelle be the first successful couple EVER in Married at first sight HISTORY?

A couple who moved in to spend lockdown together just days after their wedding have become the first successful couple ever in Married at First Sight history.

Primary school teacher Michelle, 25, from Hastings, tied the knot to stranger Owen, 31, from Sheffield, days before the nation was plunged into lockdown in March of this year.

After deciding to move in together, love blossomed for Owen and Michelle but uncertainty crept into their relationship as they discussed where they would live after the experiment.

In the series finale of the hit Channel 4 show tonight, the couple revealed they planned to stay together and have even discussed having children, with Owen explaining: ‘We talked about kids, and we think three or four years maybe.’ 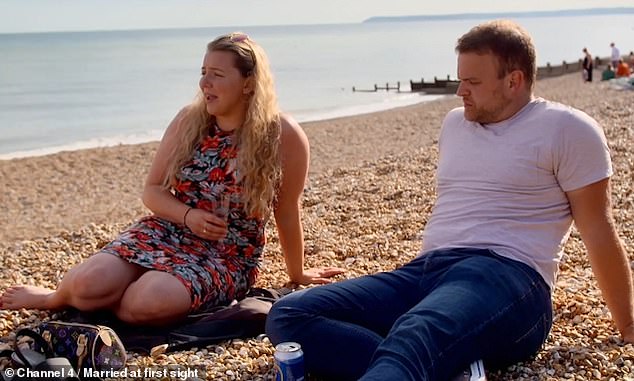 Michelle, 25, and Owen, 31, (pictured) had a lavish ceremony at Eastwell Manor in Ashford Kent, days before the nation went into lockdown

After marrying at a lavish ceremony at Eastwell Manor in Ashford Kent, the couple enjoyed a week-long honeymoon together before deciding to move in together in Brighton.

They went on to move in with one another during the Covid-19 crisis, and spent three months in lockdown together.

In tonight’s episode, the couple struggled to decide where to live after the experiment ended.

Speaking to her friends and sister Kat, Michelle explained: ‘Do I convert to being a Northerner like some people, or do I stay down south?’

She told the camera: ‘There is a lot to leave behind in the south, my family and friends, a lot of them are in the south.

‘I’m leaving behind work, but in the north, there is Owen.’

Kat said: ‘I feel like you haven’t suggested down south more. I feel like you’ve just gone with the first plan that’s come to mind.’

Michelle explained: ‘I am thinking about it, I haven’t made a decision yet.

Kat responded: ‘The issue is, we haven’t even discussed him coming down here.’

Michelle snapped back: ‘We have. Just because you haven’t been in that discussion doesn’t mean we haven’t talked about it.’ 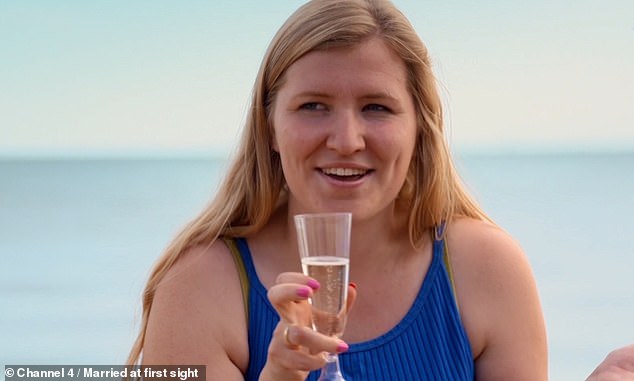 Kat told her: ‘I just feel like we’re involved in this as well. You’re talking about going up north with someone you don’t know.

‘The pressure is on me to say something because nobody else will. I just want you to think. It’s not that I’m saying, “Don’t go with that guy”.’

Owen added: ‘We’ve talked about this loads, we know we both need to be happy wherever we both end up and make sure we keep you guys as happy as we can in the process.’

But Kat remained unimpressed, telling her sister: ‘It’s completely selfish but not just for me. For mum, dad, your friends, the other members of our family. I’m just making the point for everyone.’

Later, Owen told the camera: ‘Kat has been really upset about conversations about where we’re moving. It does make me feel bad. It will make Michelle rethink it. It is something I worry about.’ 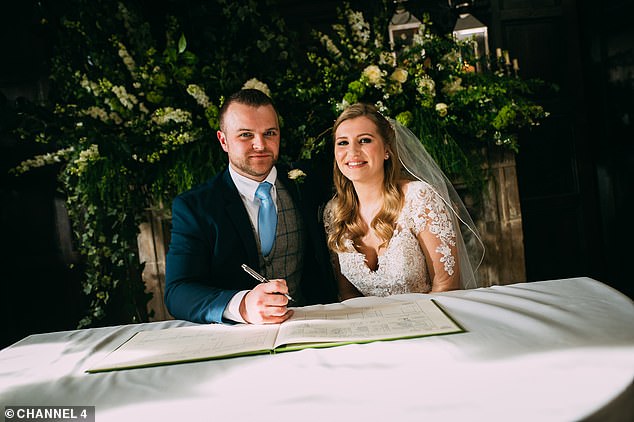 ‘I still have till decision day to see where we will end up. I’m glad we had this conversation because it’s given me things to think about that I hadn’t thought of before.’

He wanted to show Michelle the house he has just bought which would, if she relocates, become their marital home.

Michelle confessed: ‘It’s quite scary…is this a place I imagine myself living? It feels like quite a big day. 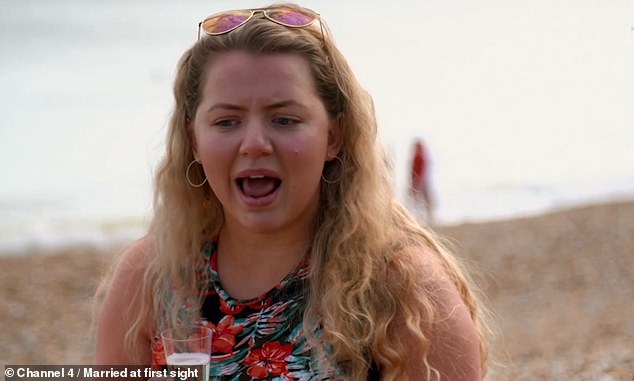 Kat (pictured) told her sister Michelle, that she feels pressure to say something about her choosing to move up north with someone she doesn’t know well

‘What if I don’t like it? What if I can’t imagine myself there for a while?’

Later, the couple meet with the experts to reveal whether they wanted to stay together after the experiment.

Michelle explained she plans to move to Sheffield to stay with Owen, adding: ‘I feel so incredibly lucky that I’ve found Owen and we love each other.’

And later, as the camera revisited them six months after the wedding day, Michelle said: ‘I feel like it’s gone so quickly. It is mad, this time a year ago, i wa sliving in a completely different place, working in a diffetrent place.

‘Life has totally changed but everything has been great about it.’

Owen said they had discussed conversations about children, saying: ‘We talked about kids, and we think three or four years maybe.’