Will Smith hits Chris Rock in the most awkward moment of the Oscars 2022: “Stop talking about my wife” | Oscar Awards 2022 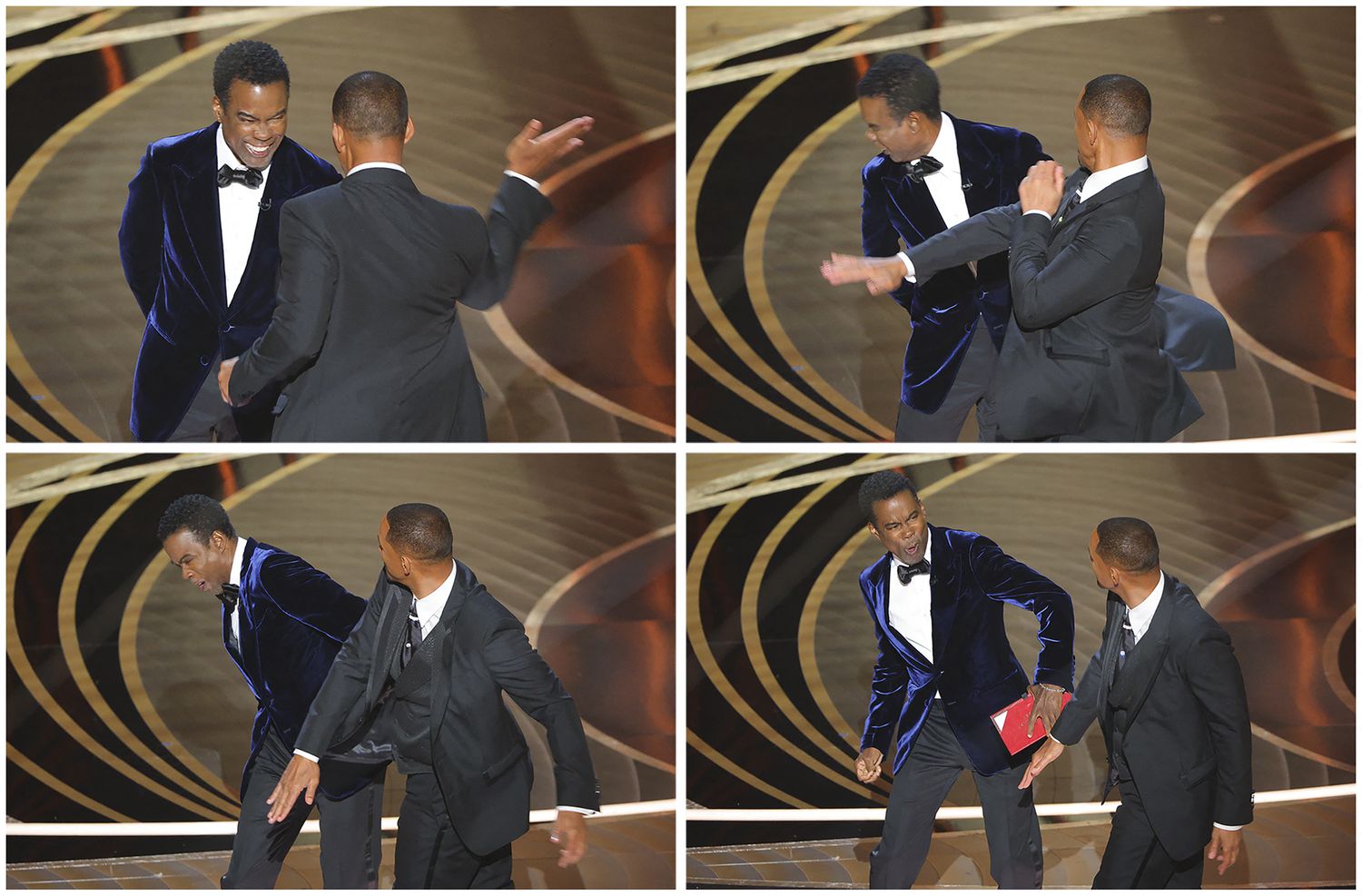 Neither an emotional speech, nor an unexpected prize. The most commented moment of the 94th edition of the Oscar Awards was starred by Will Smith, who tonight is a candidate to collect the statuette for best leading actor, and the comedian Chris Rock. The comedian, who had taken the stage to present the award for best documentary, has joked about Jada Pinkett, Smith’s wife. The humorist has declared that Pinkett could have participated in the sequel to Lieutenant O’neil now that it’s shaved. A joke in bad taste considering that she announced last year that she had shaved her head due to her alopecia problems.

In the first place, Will Smith has taken the stage and has launched a blow to the comedian in what seemed like a gag scripted. Later she has returned to her chair and has raised her voice to shout: “Don’t name my wife!” -in English Keep my wife’s name out of your fucking mouth—. The fact that he used a prohibited term on American television has raised alarm bells that the situation was a real altercation and not a script. in fact the word fucking It has been censored by ABC in the United States.

Here’s the moment Chris Rock made a “G.I. Jane 2” joke about Jada Pinkett Smith, prompting Will Smith to punch him and yell, “Leave my wife’s name out of your f–king mouth.” #Oscars pic.twitter.com/kHTZXI6kuL

Will Smith’s publicist approached him after the incident, during a break, and they have had a conversation for a while, according to reports. Variety. In the press room, journalists have been asked not to ask about the incident, reports Luis Pablo Beauregard. The next presenter, Sean Combs Diddy, has tried to put peace and has referred to the situation saying: “Will and Chris, we are going to solve this as a family. Right now we are going to move forward with love.”

Once on stage, when he has gone up to collect the award for best leading actor, he has not made direct reference to the incident or apologized to Chris Rock, but he has done so with the Academy and with the rest of his fellow nominees. “Richard Williams was a staunch supporter of his family. At this point in my life, I am overwhelmed by what God is asking me to do and be.” He has spoken of supporting his co-stars: “I have been called to protect my people, to be a river for my people. To be in this show you have to put up with insults.”

He says that Denzel Washington, who has approached him during a break, has warned him that in the most important moment of his life the devil has knocked on his door. “I want to be an ambassador of love. I want to apologize to the Academy, to the rest of the nominees. It is a precious moment; My tears are not for winning the Oscar, but for shedding light on the entire cast of Williams method. Art imitates life, and I have seemed like the crazy father. Love makes you do incredible things.” He has joked about her mother not wanting to come because she had a date with her crochet group. “I hope the Academy will invite me again.” Finally, Anthony Hopkins, who later went upstairs to present the award for best leading actress, to also ask for “peace and love”.

Tonight is the 94th edition of the Oscars