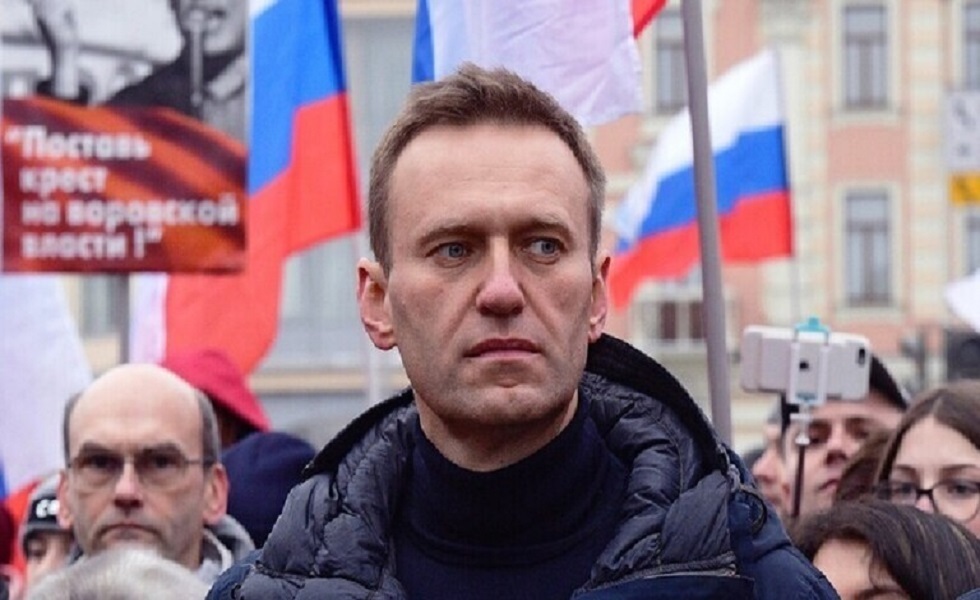 The liberal opposition called on Russian citizens to rally on Saturday, January 23, to demand support for opposition Alexei Navalny.

Alexei Navalny was arrested on January 17 after arriving in Moscow from Berlin on charges of violating the terms of the penalty in the embezzlement case, according to which he was previously convicted with conditions.

After the arrest, Navalny’s team posted on YouTube a movie about a mansion allegedly owned by Vladimir Putin, which, according to Navalny, was built with money from “businessmen close to Putin.”

Based on comments from opposition figures, Navalny hopes the authorities will not dare arrest him before Joe Biden’s inauguration, because Moscow, they say, does not want to further complicate relations with America in an already difficult period.

Navalny’s plans were violated, but not radically; Otherwise, everything seems to go according to plan.

Of course, the Kremlin has categorically rejected Navalny’s accusations, and we must agree that there is no evidence that the mansion mentioned in the film belongs to President Putin. Navalny’s accusations came in the form of statements, followed by videos of Putin from various press conferences, in which he says something supposed to confirm Navalny’s words.

One small detail tells who wrote this movie – on the plot of Putin’s supposed mansion, which Navalny showed, there is a room he called the “mud room.” In Russian, there is no such phrase, and in English there is the word “mudroom”, but it is translated into Russian as an entry, indicating a lack of familiarity with the English language well. Navalny translated materials in English that someone provided to him.

We do not have a chance to verify all of the facts presented by Navalny, without exception, but we can now conclude that at least a large part of the data is undoubtedly wrong.

Even this volume of public slander against the first person in the state is sufficient for a criminal case, and the fact that Navalny did so allows us to say that he expects it to remain unpunished.

It is clear that this is only possible if the legitimate government in Russia is overthrown in the very near future, in the coming months. I think we are witnessing another attempted color revolution organized by the Western intelligence services, this time in Russia.

For the coup to succeed, it no longer matters whether the film prepared by Western intelligence and voiced by Navalny is correct. The main thing is how the citizens of Russia perceive this film, what part of them is ready to participate in the implementation of the plan laid out in the West.

Why did this happen now? The connection of these events with the coming to power of the Democratic Party in the United States, which represents the interests of globalization and the “deep state” (including the CIA), is clear.

America is gradually plunging into a deadly crisis from which there is no adequate way out. It is clear that the crisis will grow and end sooner or later with the collapse of the economy and a civil war in the United States.

Will the CIA be able to spark a color revolution in Russia?
Most of the more appropriate Russian analysts, speaking of the domestic political situation in Russia, deal with a concept such as a “social contract”. This means that the citizens of Russia agree with the rule of the current political elite in Russia, regardless of this power, in exchange for ensuring stability and security for ordinary citizens, albeit not very large, but stable growth of their well-being. The whole people, including the poorest classes …

Throughout his reign, Putin was more than successful in this mission. So far, taking into account the epidemic and the growing global economic crisis, which led to a decrease in the country’s GDP by a certain percentage, most citizens see that Russia in light of this crisis is proceeding with greater success than the United States or Western Europe.

Of course, the amounts mentioned in the film boggle the imagination of the average citizen, especially the poor. However, if you look at things realistically, it is clear that among the oligarchy groups claiming power in Russia, such sums will not cause the slightest surprise. Nor does it surprise liberal politicians, including Navalny himself, when ruled by the pro-Western oligarchy who stole Russia’s national treasure in the 1990s and whom Navalny did not say a word about.

The declared value of Navalny’s alleged “Putin Palace” is roughly equal to the cost of just one yacht from the Russian oligarch’s Abramovich’s yacht, so even if adult Russian citizens believed Navalny, I don’t think it would shock them and force them to abandon their allegiance to the “social contract” with the authorities.

Memories of the 1990s, which ended thanks to Putin, are very terrible; The alternative to Putin in the form of those few who are involved in financing Navalny and who expect to return to power if the Color Revolution in Russia succeeds is very outrageous.

Most Russian citizens realize that Navalny represents political forces that will plunder the people on a tens of times larger scale than all of Navalny’s accusations against Putin, and in the end they will simply destroy Russia. This is why Navalny has the support of only 2% of Russian citizens, which is why he is betting on the violent overthrow of the government and on using schoolchildren for this.

I’m not supposed to say I know how many people will take to the streets on Saturday. There may be relatively few of them if I am right, due to the majority of Russian citizens’ commitment to the social contract with Putin. Perhaps there will be a large number of them, but I generally believe that Navalny’s supporters miscalculated, because they do not understand Russia, they do not understand what the Russians went through before Putin’s appearance, and why they are grateful to him, regardless of what the pro-Western opposition says about him.

But, I think, some young people, especially schoolchildren, who are vulnerable to youth extremism, and who have no idea of ​​the 1990s and the oligarchy clans that want to eliminate Putin, these young people can take to the streets, not to support Navalny, but rather outrage at the published information. Even if it’s wrong.

I think that in the near future we will witness provocative attempts with the aim of shedding blood in order to start a cycle – protests – suppression – more protests – more repression, etc. until the people and authorities are completely opposed. The techniques of color revolutions in the West are ideally developed.

The West, it seems, is on the way to collapse, it is about the destruction of Russia. But Putin is a seasoned politician, and I hope the authorities have the wisdom to find a balance between restraint and reasonable toughness. I think that attempts to destabilize Russia will not be successful.

Russian official: The “OPEC +” mechanism will not continue indefinitely