Will this life cover deal leave you Dead Happy…or is it full of more holes than Swiss cheese? 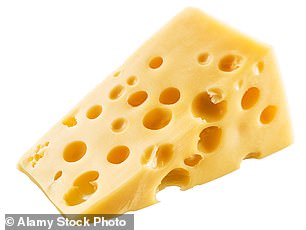 Full of holes: A number of insurance specialists say DeadHappy’s proposition is riddled with more holes than Swiss cheese

If you were to rate it for the creativity and brashness of its marketing, you would probably give it ten out of ten.

But DeadHappy’s bold attempt to get people to think about life cover in a positive way scores less highly when it comes to the certainty and comprehensiveness of its products.

A number of protection insurance specialists contacted by The Mail on Sunday say the new insurer’s proposition is riddled with more holes than Swiss cheese.

They fear proceeds may not be paid promptly after the death of a loved one – and may attract dreaded inheritance tax.

Nor are buyers protected from the scourge of annual premium increases that can rise faster than inflation. And they are not offered critical illness insurance – traditionally available along with life cover in one plan.

If that were not enough, DeadHappy’s website would not win an award for plain English when it comes to explaining how the policy works.

DeadHappy was launched in February this year, promising to revolutionise the way life cover is sold and to nibble away at the eight million adults who currently live without it.

Designed to appeal to younger buyers, it allows customers to take out cover online and urges them to leave ‘death wishes’ outlining how they would like any payout to be used.

Suggestions range from the sensible – paying off the mortgage – to the self-indulgent (a bronze statue to be commissioned in your honour) and the bizarre (urging mourners to dress up as Star Wars’ wookiees).

It is unconventional – and a little refreshing – compared with the staid way most life insurers go about their business. But death wishes are just part of the jigsaw. The cover Dead-Happy sells is also unconventional.

Normally, life cover is sold for an agreed term (say 20 or 25 years) and at a fixed premium, which the insurer cannot raise. If a policyholder dies within the term, the sum originally insured is paid out, as long as the customer did not hide any key health issues when taking out cover (for example, a history of alcohol abuse). 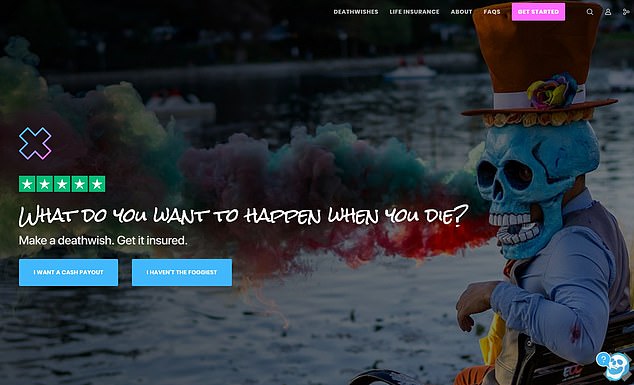 ‘If you were to rate it for the creativity and brashness of its marketing, you would probably give it ten out of ten. But DeadHappy’s offer scores less highly on certainty and comprehensiveness

DeadHappy’s insurance works differently. Cover is initially for ten years, but the monthly premiums are only fixed for a year. After every 12 months, they are reset. The company says the average rise will be 5 per cent, and no higher than 8 per cent.

For most customers, the cover will be extended annually – so in effect the policy is a rolling ten-year plan. But if someone’s health worsens it may not be.

So if they are diagnosed with cancer at any point after taking out the cover, when they come to renew their policy it will be guaranteed for just another nine years.

Most bread-winners seek longer life cover so that their dependants can repay a typical 25-year mortgage. But Dead-Happy argues that if cancer hasn’t killed a policy-holder in five to seven years, it is unlikely ever to kill them. 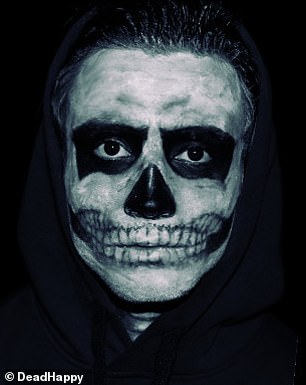 Andy Knott, chief executive of Dead Happy and co-founder along with chairman Phil Zeidler, taken from the company’s website

Phil Zeidler, founder of DeadHappy, insists his cover is more customer focused and fairer, as premiums are based on your current risk of dying, rather than your risk of dying in the next 20 to 25 years.

As a result, buyers in their twenties who are in good health will find the cover cheaper than elsewhere – see below – because their chances of dying are low.

Last week, Zeidler told The Mail on Sunday: ‘Our view is that life insurance is a broken product. People are routinely sold policies they overpay for, only to lapse them when personal circumstances change. With us, cover is tailored to immediate need.’

Tom Conner, director of financial adviser Drewberry Insurance, says: ‘Its clever marketing will catch the eye of those bored by – or not interested in – life insurance.

But ten-year cover where the price can change every year isn’t good for longer term needs such as a mortgage or young family. It moves the risk from the insurer to a customer.’

Alan Lakey, a protection specialist at Highclere Financial Services, welcomes DeadHappy’s challenge to a ‘dry’ insurance sector and its appeal to a younger audience. But he is ‘dismayed’ that cover cannot be written in trust, which ensures any payout falls outside of the deceased’s estate and the inheritance tax regime.

Zeidler said he would soon allow customers to write policies in trust. So far, he has sold some 1,000 plans.

He adds: ‘Statistically, the inability to work due to an accident, illness or disability is a greater risk to finances than death, and it makes more sense if you do not have dependants or a mortgage.’