Danny Willett is the only former Masters winner competing here at the Bermuda Championship.

With less than a fortnight to the Augusta showpiece, his singular approach brought an early dividend on Thursday as he opened with a first-round 67 for a place among the early leaders.

It’s hardly surprising the Yorkshireman wants to try something different. There have been three editions of the Masters since his stunning victory in 2016 and the 33-year-old has missed the halfway cut each time. 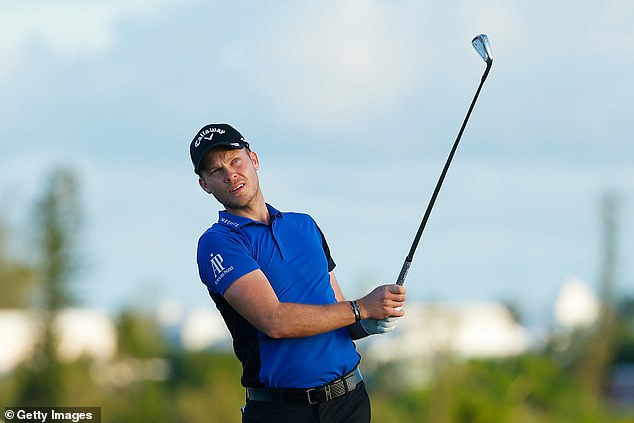 ‘It’s not a record I’m proud of, for sure,’ he told Sportsmail. ‘The idea is to play this week and next week in Houston and try to get some game knowledge in there and sharpness. For the last three years I’ve taken the week off before the Masters and I don’t think it’s done me any favours.

‘If you’ve not played great the week before, you’ve got nothing to gauge your practice on and clearly it’s not worked regarding Augusta.’

Willett had hoped by now to have acquired some consistency but his career remains a rollercoaster one.

After his Masters win he fell outside the world’s top 400, but showed remarkable resilience to bounce back and win arguably the two biggest events on the European Tour — the Dubai World Championship in 2018 and the BMW PGA Championship the following year. 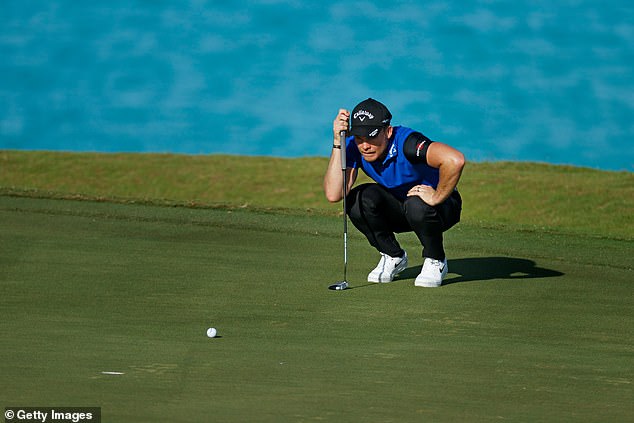 ‘It crosses my mind from time to time as to whether it would be better to finish in the top 10 most weeks like some guys do, or to have those three big wins,’ he said. ‘But I don’t think about it for long. You have a sore head for a fortnight after the victories but there’s nothing like that winning feeling. And it’s great to know that when I do get in position to win, I can finish it off.’

There will never be a better example of his winner’s instincts than that unforgettable Sunday afternoon at Augusta, when Jordan Spieth presented him with a chance and Willett seized it with a brilliant finish.

On Monday he had arrived on cloud nine after becoming a father and, seven days later, he had a professional high to match. He remains the only British winner since Sir Nick Faldo claimed his third green jacket in 1996.

‘It feels like a long time ago now, but it’s always there in the back of your mind,’ said Willett. ‘Before Nic (his wife) and I came out here, we were sitting on the sofa with the kids and a documentary of my win came on. All the memories came back and it was a lovely reminder of all the good shots I hit on Sunday.’

It’s not hard to see why nearly every other Masters participant decided to sit this event out. For all its ethereal setting, you’d be hard pressed to find a course more unlike Augusta’s inland splendour than this one at Port Royal.

For Willett, though, it might just prove the perfect tonic. On the par-three 8th, he made a point of taking in the sparkling Atlantic Ocean behind the green.

‘What a beautiful place to play golf,’ he said, with feeling.

This was the first day that spectators had been seen at a PGA Tour event since March and Willett, alongside defending champion Brendon Todd, attracted about 15 per cent of the 500 fans allowed.

Inspired by the stunning view, he made a good up and down to save par at the 8th before birdieing the 9th, his final hole. With the countdown to Augusta now truly under way, he left the course with a veritable bounce to his stride.

Cat Spraying No More – How to Stop Cats From Urinating Outside the Litterbox!

Paths to the past: National Historic Trails lead travelers through time, US history

US dollar index fall from grace continues after FOMC minutes

He is the man who led England to their first 50-over World Cup triumph and now...

Covid-19: What is the new three tier system after lockdown?