With a sore achilles tendon and amid unusually slow conditions, Serena Williams looks like an upset waiting to happen at this year’s French Open. Yet after a wobbly start on Monday, she was safely through to the second round — joining Rafael Nadal and Dominic Thiem.

The autumnal cold slightly abated on day two and Williams, who came through 7-6, 6-0 against American compatriot Kirstie Ahn, resisted the temptation to copy many others here and alter her racket to combat the frigid temperatures.

With the heavy balls moving sluggishly through the air, a lot of players have reduced the tension in their strings by at least 15 per cent to give themselves more power, which generally comes at the expense of feel and control. 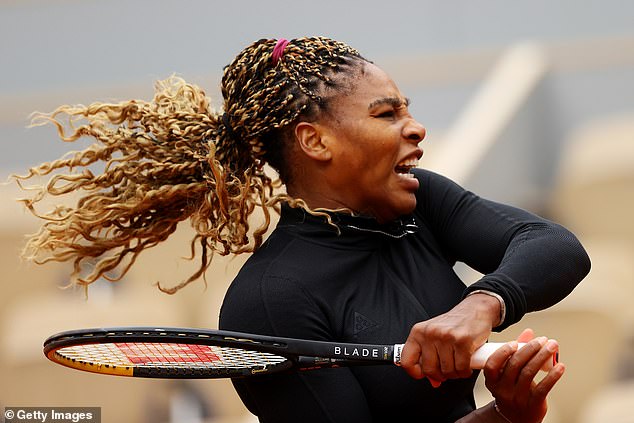 It is a more significant feature in coping with the environment than the winter body warmers that abound.

‘They are all strung the same,’ said Williams of her rackets as she set out on her latest quest to win a 24th Grand Slam. ‘I was just changing them with the new balls, which is something I never do. My coach wanted me to do that because it’s clay and I’m using a lot more spin than I normally do.’

This is the least likely place for her to win a major, especially after turning 39 at the weekend. 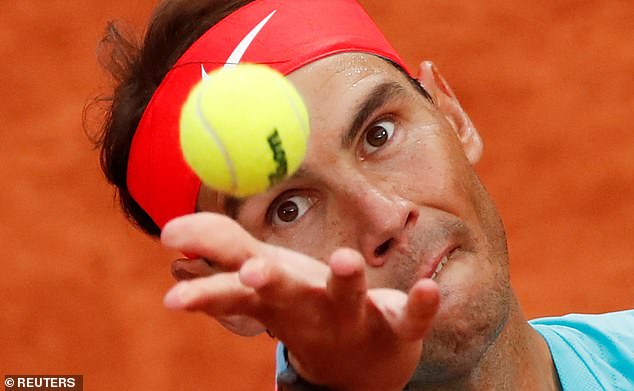 ‘I just need to play with more confidence, like I’m Serena,’ she added. ‘I love the clay and I started playing like it, opening the court and moving and sliding.’

Nadal made his entrance with a 6-4, 6-4, 6-2 win over Egor Gerasimov of Belarus, which was a less demanding test than that faced by new US Open champion Dominic Thiem. The Austrian overcame another former New York winner, Marin Cilic, 6-4, 6-3, 6-3 but dismissed suggestions that Nadal can’t be expected to win his 13th French Open this fortnight.

‘For me, he’s the huge favourite here,’ said Thiem. ‘Obviously it’s a lot of different things going on this year with way less crowd, with the tournament going on three or four months later. It’s cold conditions. But with his name and with his past here at the tournament, he’s still the favourite.’