Screenshots of Microsoft’s Windows 11 operating system (OS) have leaked online ahead of a expected June 24 rollout – and Apple should be flattered.

While the changes appear mostly cosmetic, they include a new Start menu, home screen and start-up sound.

Experts say the changes are intended to give the system a more modern Mac-like appearance. 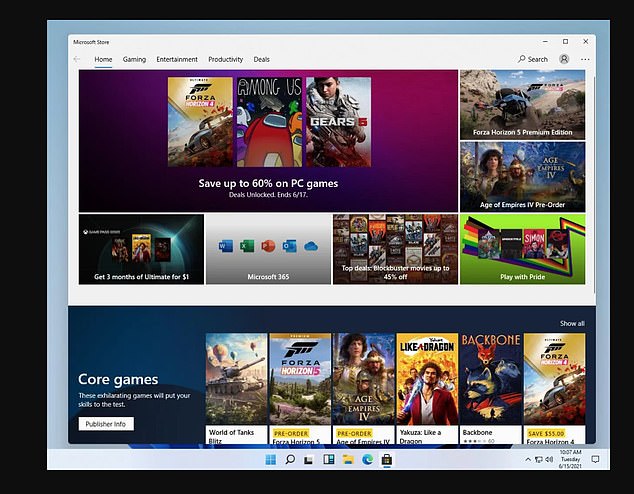 Long-rumored revamps to the Windows Store, including allowing in-app sales from third-party platforms, could appear in Windows 11

No hints of Microsoft’s long-rumored revamps to the Windows Store were included in the leak.

The changes to the Store, which Microsoft CEO Satya Nadella said will ‘unlock greater economic opportunity for developers and creators,’ could include allowing in-app sales from third-party platforms, according to Windows Central, sidestepping the kind of debacle that blew up between Apple and Epic Games. 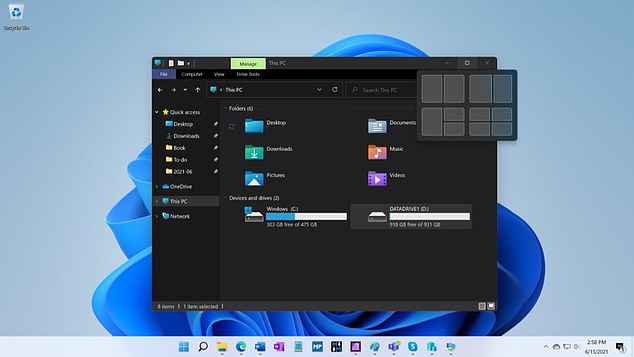 Epic, which makes the wildly popular Fortnite, has been waging a legal and public relations battle against Apple, arguing that the company runs an illegal monopoly that crushes app developers with exorbitant fees for all transactions.

Apple allows iPhones and iPads users to download apps only from its App Store and requires developers to use Apple’s payment system, which takes its cut of up to 30 percent.

Apple CEO Tim Cook testified last month that the App Store would become a ‘toxic mess’ if Apple were forced to allow third-party apps without reviewing them. 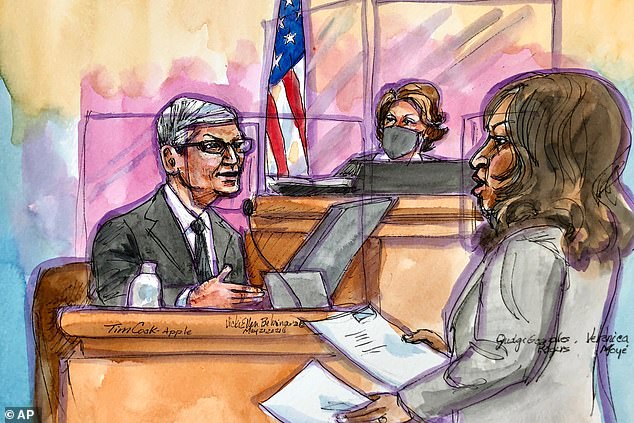 He also touted a program launched last year — after Epic filed its suit — that cuts the commission rate in half, to 15 percent, for developers with less than $1 million in annual sales on its platform.

Some screenshots did include images pointing to Xbox and Game Pass app integration into Windows 11.

Microsoft is expected to officially unveil Windows 11 at its See What’s Next Event on June 24. 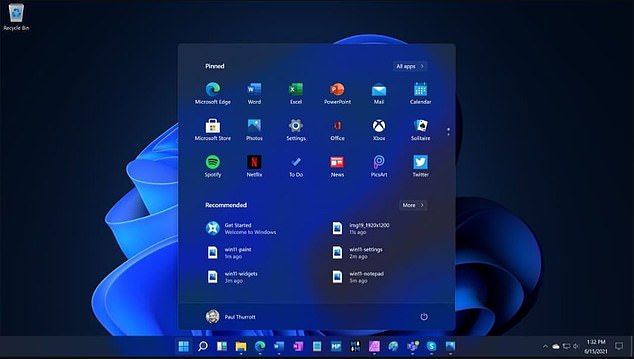 The start menu is centered in Windows 11, though it can be moved to the left-hand side

Images purported to be from Windows 11 appeared on the Chinese site Baidu, and were first reported in the US by The Verge.

Windows’ latest operating system update, Windows 10 version 21H1, was snubbed as ‘underwhelming’ by critics when it launched in May.

Based on what’s been shared, the new operating system appears more like an ‘an evolved version of Windows 10X,’ than a top-to-bottom redesign, according to Tom’s Guide.

According to The Verge, Microsoft had been working on simplifying Windows for dual-screen devices, before choosing to drop the endeavor in favor of focusing on Windows 11. 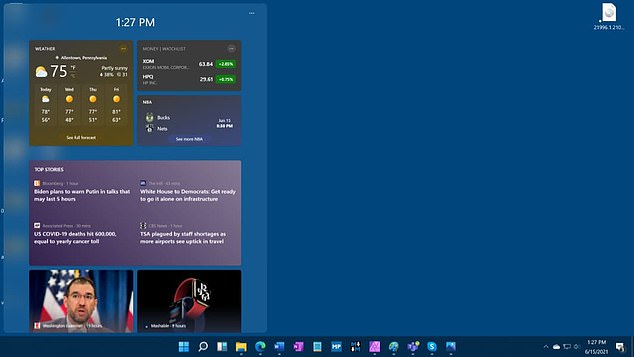 Widgets, with updates on news, weather, and other info, appear to be making a return in the new UI 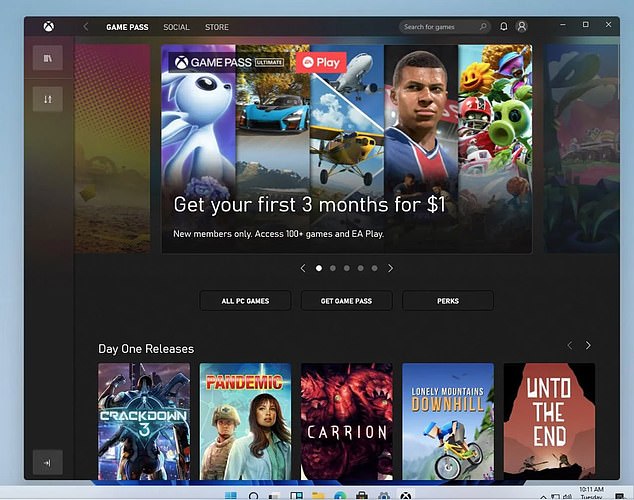 Among the changes in the new OS is a simplified Start button and menu with ‘pinnable’ apps and quick access for powering down or restarting.

While Live Tiles have been abandoned, new snap controls will allows users to move a window to a specific spot on their screen.

The taskbar now has app icons centered, although users will supposedly have the ability to return them to the ‘classic’ left-side layout.

One new icon on the taskbar is labeled ‘Widgets,’ suggesting Microsoft is bringing back Windows Widgets, the Verge reported, which are intended to ‘provide quick access to news, weather, and other web content.’

The new streamlined UI also has rounded corners on windows, menus and apps, as well as the Start menu itself. 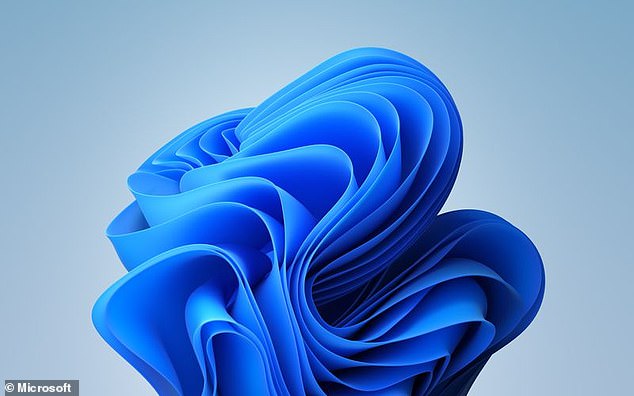 The UI’s new wallpapers have earned praise from critics, though Gizmodo’s Florence Ion claims a blue ruched design ‘looks like a loofah.’

Windows Central reports there will be 24 regular wallpapers and 8 keyboard skins available in all.

Microsoft announced Monday that support for Windows 10 would end in 2025.

The leak comes barely a week after Apple gave users the first look at its new iOS 15 at the tech giant’s Worldwide Developers Conference on June 7.

Apple’s new operating system is packed with FaceTime improvements including browser-based support on Windows and Android devices, marking the first time the service is available on rival platforms.

Notifications will also look a little different following the download of iOS 15 – they will have photos and larger icons.

The Cupertino-based corporation also previewed new operating systems updates for its other devices, including iPadOS 15, which revamps the Split View and Slide Over features, and WatchOS 8, which includes more health monitoring functionality.