Two people have been injured after a wing-walking plane crashed into the sea at Bournemouth Air Festival today.

All flights have been temporarily grounded in the area following the shocking incident, which saw the light aircraft crash near the Chain Ferry at Sandbanks, Poole at around 4pm on Saturday afternoon.

Thousands of people attending the family-friendly annual event, which has been now suspended, watched on in stunned silence as the aero acrobatics display duo slammed into the sea.

Shocked eyewitnesses admitted it was ‘a miracle’ no-one was seriously hurt after seeing two AeroSuperBatics planes safely take off but just one of them land, as the other plummeted into Poole Bay.

Emergency services have since set up a safety cordon after dashing to the scene to assist with recovery and treat the two passengers who were involved in the stunt. 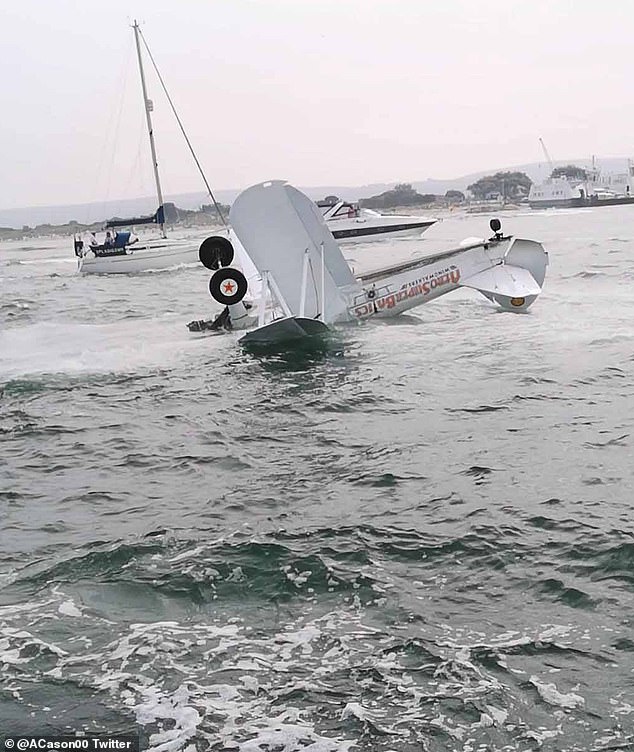 Shocked eyewitnesses admitted it was ‘a miracle’ no-one was seriously hurt after seeing two AeroSuperBatics planes safely take off but just one of them land, as the other plummeted into Poole Bay (pictured) 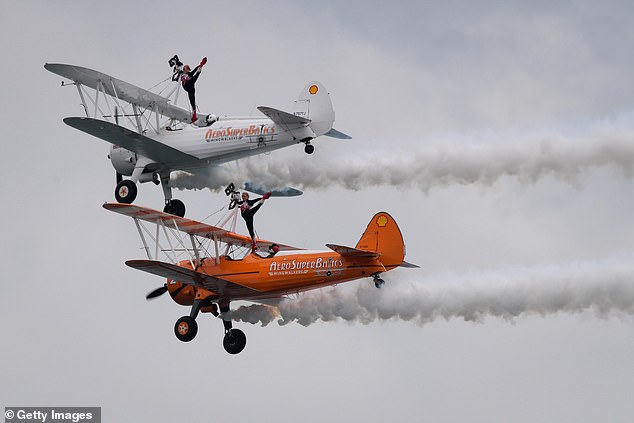 A wing-walking plane has crashed into the sea at Bournemouth Air Festival, with two passengers receiving treatment for their injuries. [File image] 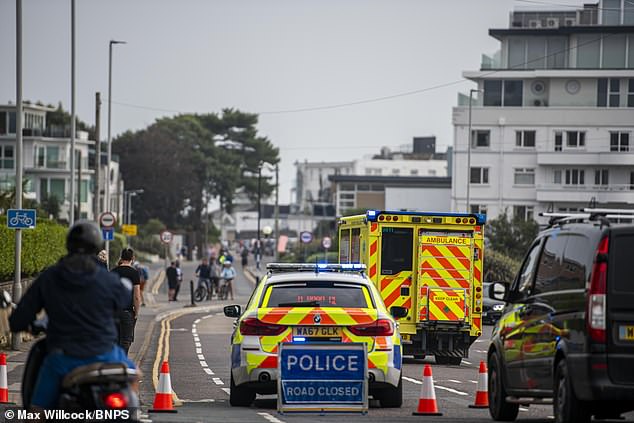 It is understood that there were no serious injuries as a result of the crash, although this has yet to be reported by the emergency services.

The biplane reportedly sank within 30 seconds, but rubber dinghies got to it in time to pull the two crew members to safety.

Natasha Manley, general manager of the Haven Hotel, whose outdoor terrace area is next to the crash site, said: ‘Honestly, it was a miracle no-one was hurt.

‘The plane came down just outside our terrace, on the water among loads of boats. But none of them were hit.

‘A dinghy went out to the plane and got the people out.

‘This boat was just right there. Everyone is OK, it was mad.’

John Thacker, from Birmingham, who was watching the air show action from onboard a boat, said: ‘We were just coming into Poole Harbour and the aircraft was coming in low.

‘When its wheels hit the water it flipped over. The plane sank really quickly, and it was gone within 30 seconds.

‘We couldn’t get close to it as our draft was too large, but some rubber dinghies got to it in 15 to 20 seconds since it crashed.

‘Then the RNLI lifeboat appeared four to five minutes later.’ 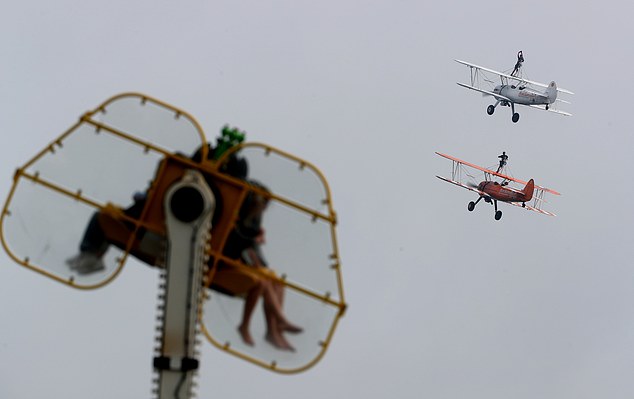 A police statement read: ‘The aircraft was part of the Bournemouth Air Festival flight schedule with two people reported to be onboard.

‘Both occupants have been rescued and are reported to have sustained minor injuries. They are receiving treatment by the ambulance service.

‘An investigation is under way and we would please ask members of the public to avoid the area and harbour to allow emergency services to deal with the incident. A police cordon is currently in place.’ 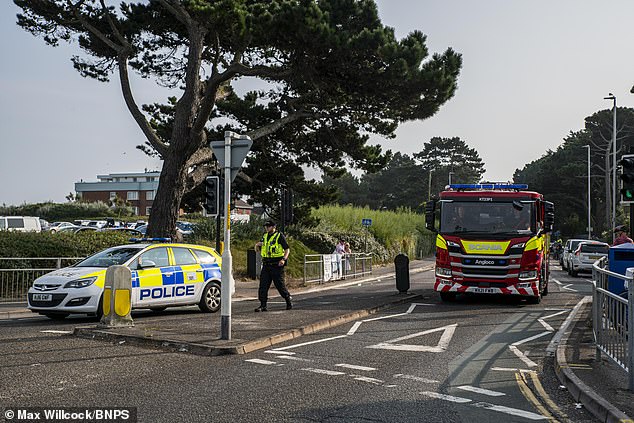 Thousands of people in attendance ‘watched on in horror’ as the plane plunged into the sea, according to eyewitnesses. Pictured: Emergency services set up a cordon near the crash site

A statement from Bournemouth Air Festival on Saturday said: ‘There has been an incident involving one of the displays away from the display area.

‘The crew are safe and sound and are being looked after by the emergency services. As a result flying has been suspended until further notice. We will update you early this evening.’

A later update read: ‘Flying has been suspended for this evening. It is our intention to have a display programme reinstated for tomorrow.

‘The festival site remains open and all ground-based activities continue with the Birds of Prey, Beat Retreat, trading, Sing-a-long Grease and the fireworks.’

Police boats, HM Coastguard and the Royal National Lifeboat Institute (RNLI) are reportedly at the scene.

A spokesperson for Dorset and Wiltshire Fire and Rescue Service said: ‘At 3.52pm this afternoon, through the joint command structure in place for the Bournemouth Air Festival, we were made aware of a light aircraft crash near Sandbanks.

‘Firefighters from Poole and Westbourne attended this incident alongside our Technical Rescue team from Poole.

‘When fire crews arrived the two passengers of the plane were out of the aircraft and receiving treatment.’

Bournemouth Air Festival is described as the UK’s largest annual air show, with hundreds of thousands of guests expected to attend this year.

NBA: Willy: "I would have liked to have had more responsibility in the selection"

"Ilham" recycles the toy puppeteer with its artistic touches.. from the first features to the dress