Winnie Harlow and Kyle Kuzma have broken up following a little more than a year of dating.

The 27-year-old model and the 26-year-old NBA player reportedly split ‘about a week ago,’ but it was said to be ‘completely amicable,’ per TMZ.

The pair — who began dating in March 2020 — have reportedly also been ‘friendly with each other since the split.’ 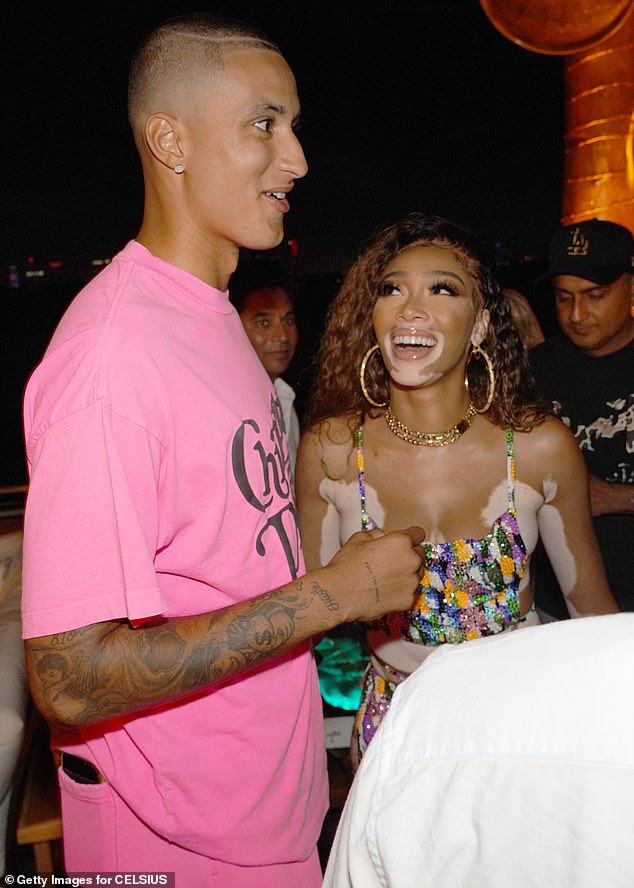 Amicable split: Winnie Harlow, 27, and Kyle Kuzma, 26, have broken up following a little more than a year of dating as it was reported the split was ‘completely amicable’ and they are still ‘friendly’; pictured July 22

Earlier this month the former Laker was officially traded to the Washington Wizards but it is unclear at this time if the impending distance contributed to the split.

The duo — whose birthdays are mere days apart from each other — had both publicly celebrated together and penned tributes.

On July 24 the former America’s Next Top Model contestant wrote: ‘Happy birthday Kuz. Babe it’s your day so live it up!!! Love you so much, no one can ever out your fire!’ 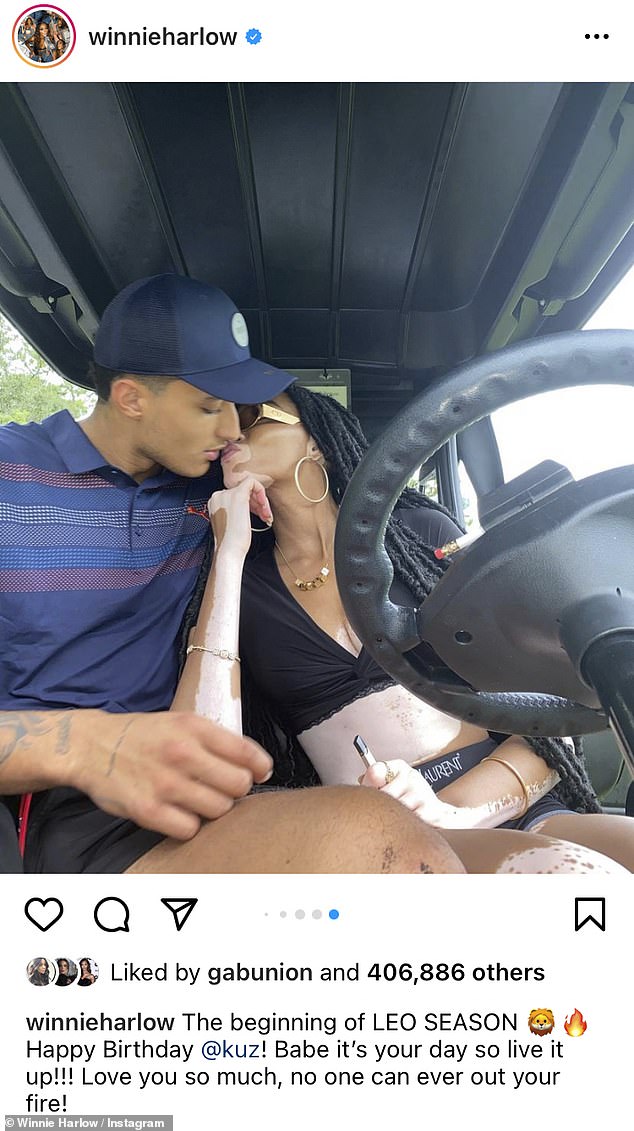 Gushing tribute: On Kuzma’s birthday she penned a gushing tribute where she wrote ‘Love you so much, no one can ever out your fire!,’ accompanied by loved up images; pictured July 24 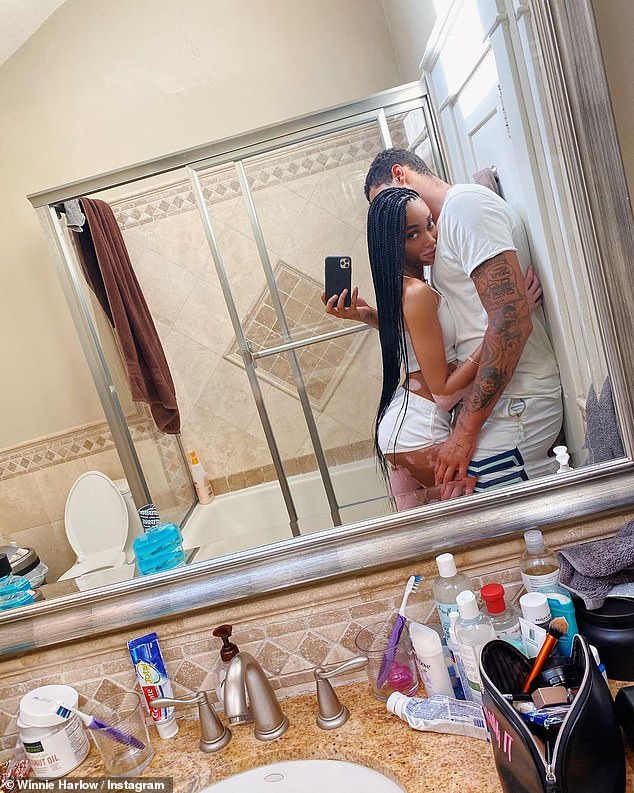 Intimate moments: The tribute featured some more intimate images of the pair who officially began dating in March 2020

Young love: The two began dating after the power forward slid into the models DMs and they went public with their romance in March 2020; pictured June 2020

And he also shared a loved up snap of the duo on her birthday July 27 as he wrote ‘Happy birthday [heart emoji] more lifeeee!!!!’

Winnie was last spotted out in public solo on August 16, and on August 19 she re-posted a cryptic passage from an Instagram account called ‘know_your_worth_ig’ about falling in love. 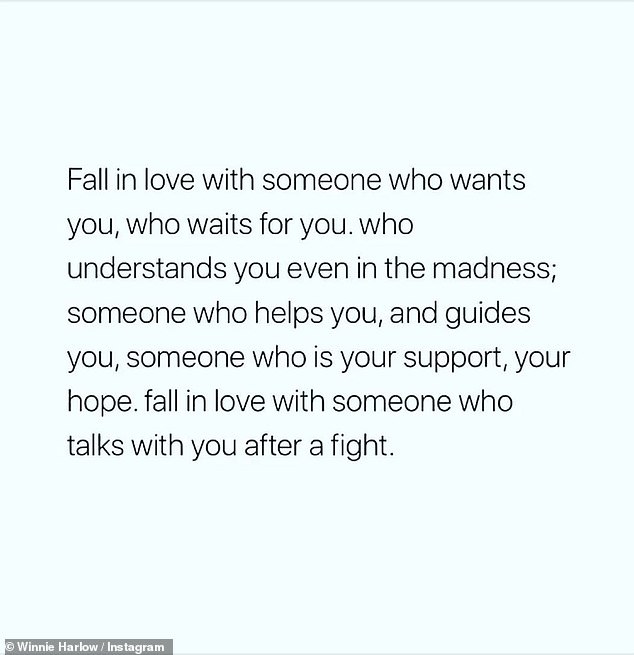 Heartbreak? On August 19 she posted a cryptic passage about falling in love that read in excerpt ‘fall in love with someone who talks with you after a fight’ 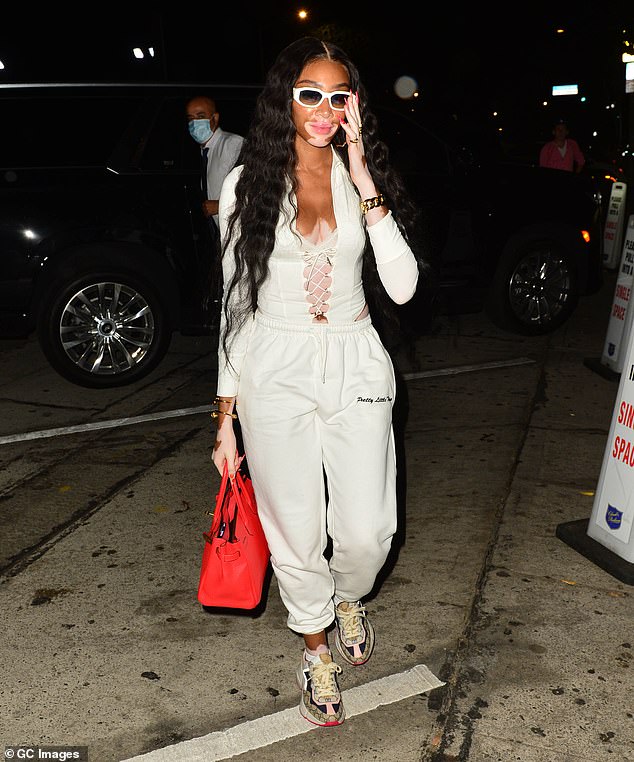 Last outing: Winnie was last spotted out in public solo on August 16 in Los Angeles

The pair first began dating last spring after he slid into her DMs and from there the relationship took off with lots of PDA-packed social media posts and ‘i love you’s.’

Kuzma’s list of exes include model Katya Elise Henry in 2018 and he had been previously romantically linked to Vanessa Hudgens and Kendall Jenner at one point.

And Winnie was most recently in a relationship with Wiz Khalifa in 2019. 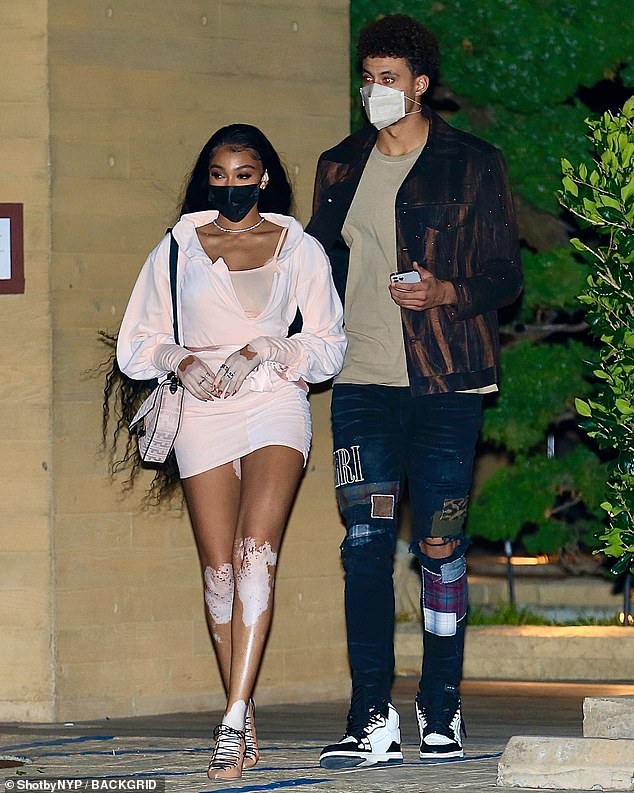 STEPHEN GLOVER: If the Tories don’t tackle immigration, a crisis will become a catastrophe

STEPHEN GLOVER: If the Tories don't tackle immigration, a crisis will become a catastrophe