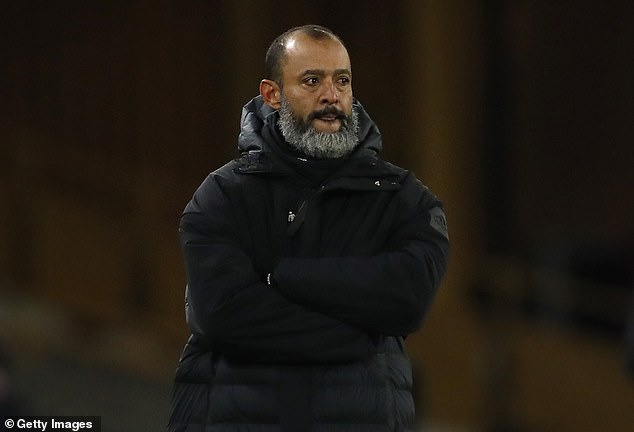 Nuno Espirito Santo is leaning towards starting with a back four against Arsenal today after using the system for the first time in more than three years at Wolves this week.

Since Nuno arrived at Molineux in 2017, he has always used a three-man defence – until making the move to four at the back for the 1-1 draw at Southampton, because Romain Saiss and captain Conor Coady were absent as both had been self-isolating.

Nuno confirmed Coady was available again after his run of 121 consecutive games was broken, but Sportsmail understands that Nuno is minded to persist with the back four after drilling the system in training this week. 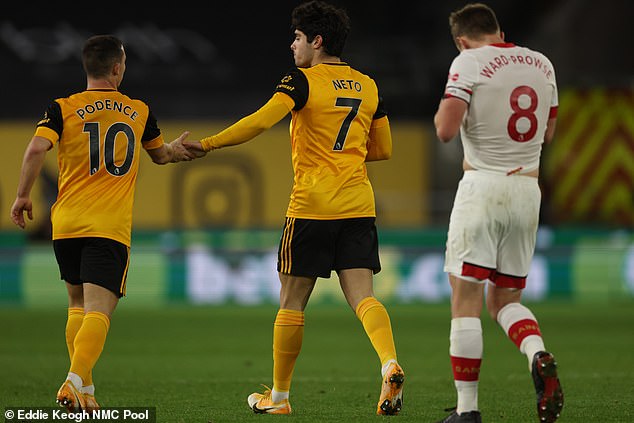 Wolves finished seventh in each of the last two seasons and reached the Europa League quarter-finals last year, but after Sevilla knocked them out of that competition Nuno talked about changing the style of play and starting a new cycle.

Asked about the back four before the Arsenal game, Nuno said: ‘This new way is based on our foundation – no matter which system or shape you play, the rules are always the same. 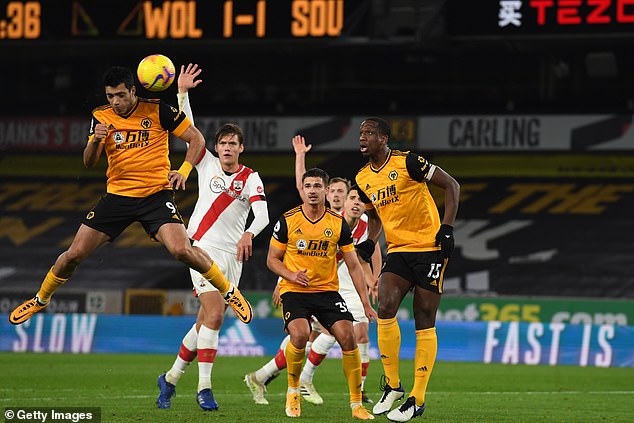 ‘If we have the right players – and we have versatile players – then we can change it during a game.

“This can be a big step in our development because we can sometime be predictable and so in this aspect, we need some advantages.’

Johnson imposes Level 4 coronavirus restrictions in other parts of Britain