‘Fans play a BIG factor… the sooner we get them back the better’: Wolves captain Conor Coady believes lack of crowds is causing ‘crazy’ Premier League scorelines

A lack of a crowd is ‘key’ to the ‘crazy’ Premier League scorelines we have seen so far this season, believes Wolves captain Conor Coady.

The England international feels the removal of crowd scrutiny has seen defending falter and it is ‘better for everybody’ when fans are allowed back.

‘Honestly, they are mad, the scorelines,’ Coady, speaking ahead of England’s friendly with Wales on Thursday, said. 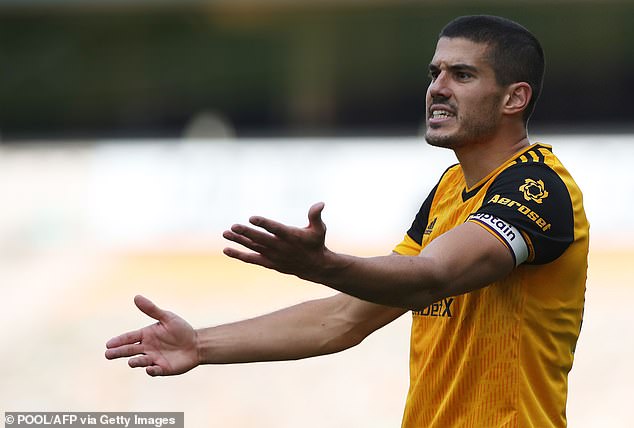 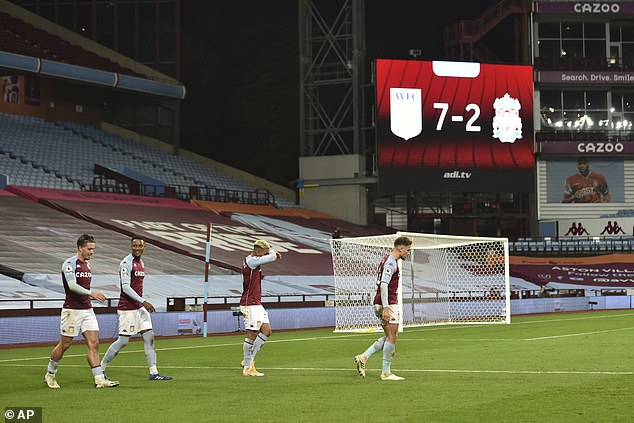 ‘They’re mad. It’s a tough one to put your finger on, it really is. You look at it at the start of the season, some teams are ahead of others in terms of fitness, in terms of having a pre-season, and a little bit of extra training.

‘The teams that have been in European competition obviously haven’t had that, to start off with, to gain that match sharpness at the start of the season, so that might play a bit of a factor. 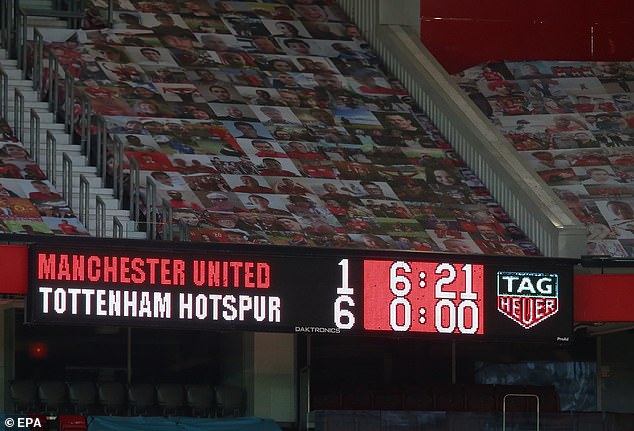 In the last round of matches in the Premier League there were 43 goals scored.

Premier League champions Liverpool were stunned 7-2 away at Aston Villa while Manchester United suffered a joint-heaviest league defeat in their 6-1 mauling by Tottenham.

Coady’s Wolves were one of three teams to keep a clean sheet and it is seemingly becoming increasingly rare to produce a shut-out at the back.

Fans add to the atmosphere, are there to intimidate a referee and the opposition and Coady feels the absence.

‘I do think that is a factor, yeah, and the sooner we get them back the better it is for everybody,’ he said.

‘But it’s something we’ve got to deal with, the situations coming our way now, professional footballers, that’s what we need to do. 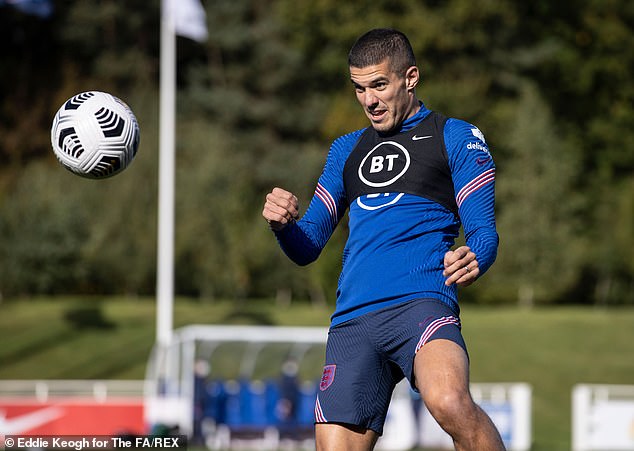 Coady, pushing for another England cap on Thursday, wants fans to return as soon as possible

‘I agree with you, some of the scorelines have been absolutely crazy, but us as players have to deal with that, and hopefully not have them week in week out playing for our clubs.’

Coady’s Wolves have conceded seven goals across four matches, in which they scored just four, and they have six points from a possible 12 to start 2020-21.

He will look to win another England cap on Thursday and temporarily forget about the mayhem of the Premier League as England face neighbours Wales at Wembley.

Boss Gareth Southgate is keen to persist with his preferred 3-4-3 system and that works in Coady’s favour given he orchestrates a back three with Wolves.