Wolves are poised to sign Angers left-back Rayan Ait-Nouri on loan with an option to buy for £13.5million.

The 19-year-old will replace Ruben Vinagre who is joining Olympiakos.

Valencia had also been pushing to sign highly-rated Algerian Ait-Nouri but his agent Jorge Mendes has guided the teenager to the Premier League. 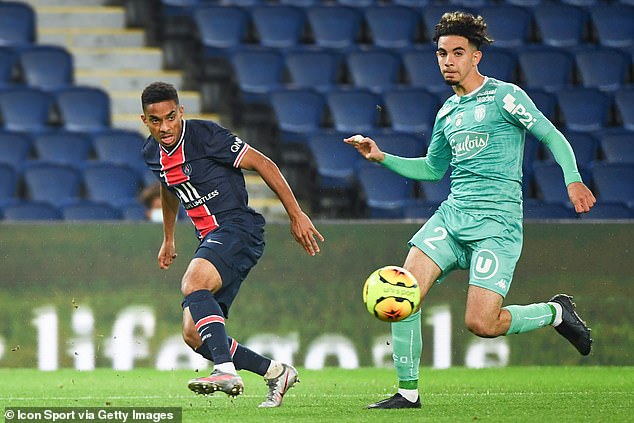 He made his farewell appearance for Angers in their 6-1 defeat at Paris Saint-Germain in Friday night.

Afterwards, Angers manager Stéphane Moulin said: ‘I wish him all the best. I am a bit emotional. Wolves? “It seems like it is heading that way.’

Nouri has made 22 appearances in all competitions for the Ligue 1 club and also attracted the interest of Barcelona and Bayer Leverkusen.

The Papers: Covid in White House and 'hopes grow for vaccine'