The Mexican striker, who is one of Wolves’ key players, picked up the injury in the opening minutes of last weekend’s win at Arsenal after a heavy collision with Gunners defender David Luiz.

As well as an image of Jimenez on the shirts with his number nine next to it, there was some text that read ‘stay strong’ on the front and ‘the pack is with you’ on the back. 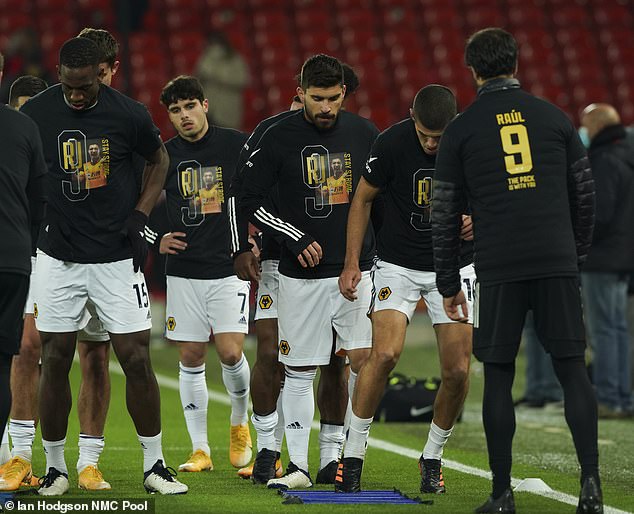 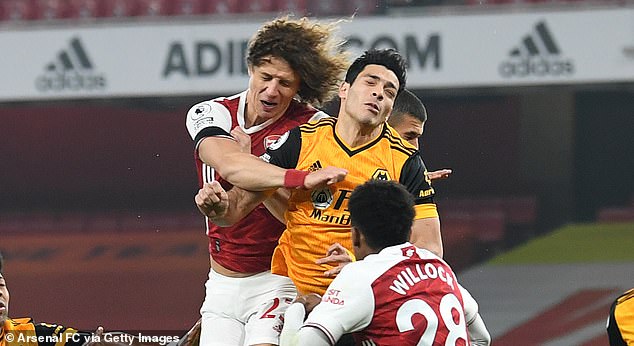 Jimenez picked up the injury while defending an early corner where he clashed heads with Luiz, who also received treatment but carried on playing before he came off at half-time.

The match at the Emirates Stadium last Sunday was stopped for ten minutes to allow medical staff to treat him before taking him to hospital. 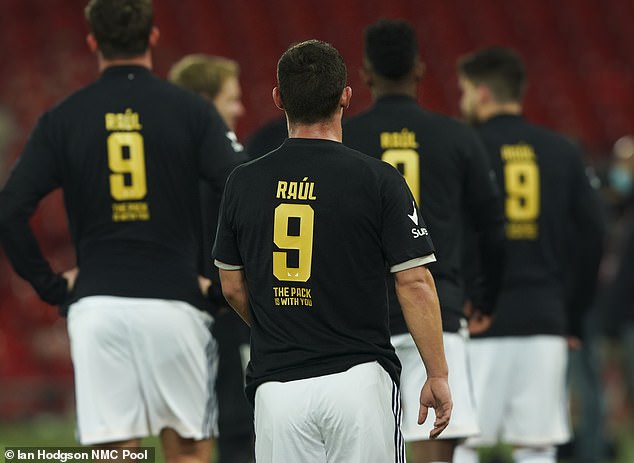 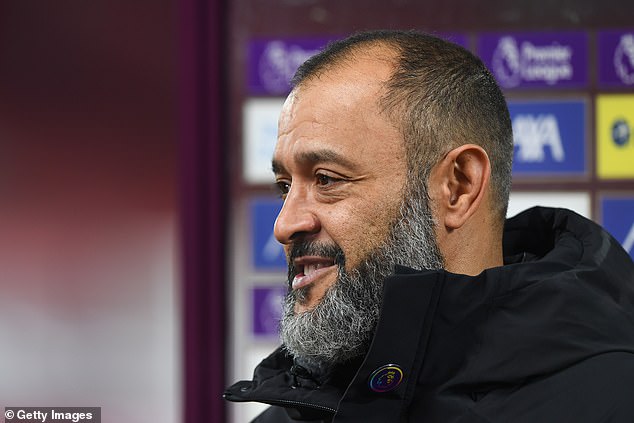 Wolves manager Nuno Espirito Santo confirmed before the Liverpool match that Jimenez has now returned home after being treated.

Santo told Amazon Prime: ‘He’s back home. We are very pleased to say he’s back home. He’s improving and getting back to normality.’

Earlier this week, the Wolves manager was positive that the player will play for the club again despite the severity of the injury. 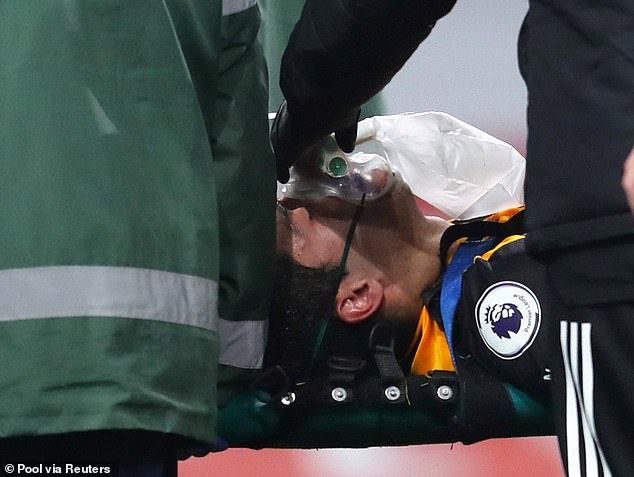 The Portuguese manager told the press on Friday: ‘If you ask me personally, I want him and I am positive he is going to come back. Now our real concern is that he recovers totally.

‘After that we will have time. In these situations, it has to do a lot with the evolution of the player, how he feels, but now I’m positive because the first days are so important.’

Santo also called for the introduction of concussion substitutes after seeing Arsenal defender Luiz carry on playing for another 40 minutes of football.

Arsenal have played twice since the Wolves match last Sunday, against Rapid Vienna on Thursday and at Tottenham on Sunday, with the Brazilian defender not named in either of the matchday squads.