Woman, 24, screams ‘f**k him’ as she is found guilty of murdering boyfriend at New Year’s Eve party


A mother has been found guilty of stabbing her boyfriend to death during a drug-fuelled row over mobile phones at a New Year’s Eve party.

Hannah Sindrey, 24, was convicted of the murder of 31-year-old Paul Fletcher at her flat in Rayleigh, Essex, following a trial at Basildon Crown Court.

She is due to be sentenced at the same court tomorrow.

During the trial, Prosecutor Christine Agnew QC told jurors that Mr Fletcher took Sindrey’s phone, and one belonging to her friend Kelly Blackwell, after taking cocaine and becoming paranoid that Sindrey may have been cheating on him.

Police said that Mr Fletcher, known as Dod, was stabbed in the chest in the fracas that broke out in the early hours of New Year’s Day in 2021.

When the first officers on scene asked what had happened, Miss Blackwell told them: ‘Hannah [Sindrey] stabbed him. She is his girlfriend.’

A witness also stated mother-of-two Sindrey was seen holding a kitchen knife and waving it in an aggressive manner towards Mr Fletcher. Moments later, he fell to the ground, the witness told police.

When questioned, both women blamed each other for Mr Fletcher’s death.

Sindrey’s children and 26-year-old Miss Blackwell’s four children – all aged under five – were in the flat at the time.

Ms Agnew had previously said that Sindrey met Mr Fletcher while he was on a release scheme from prison and was released in October 2020.

She said: ‘It’s clear the relationship was volatile. They argued on a regular basis and sometimes that spilled over into violence from both sides.’ 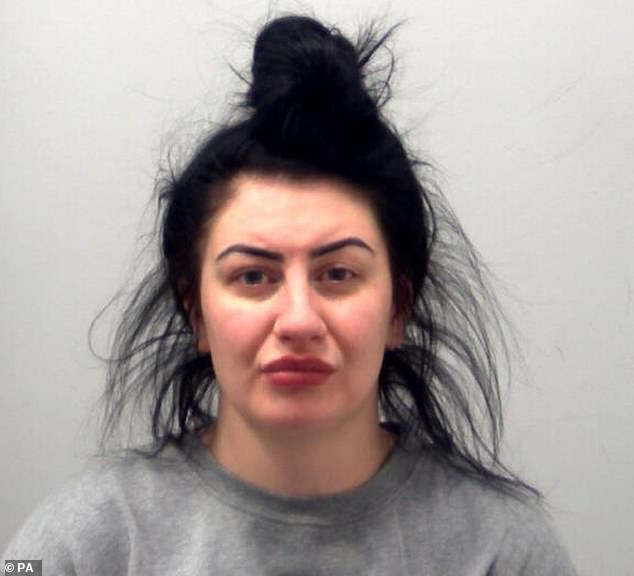 Pictured: Hannah Sindrey, 24, has been convicted of the murder of 31-year-old Paul Fletcher at her flat Essex, following a trial 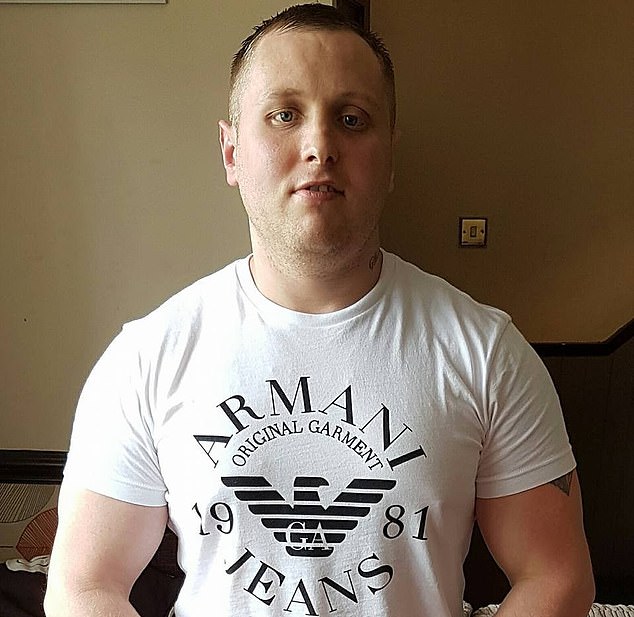 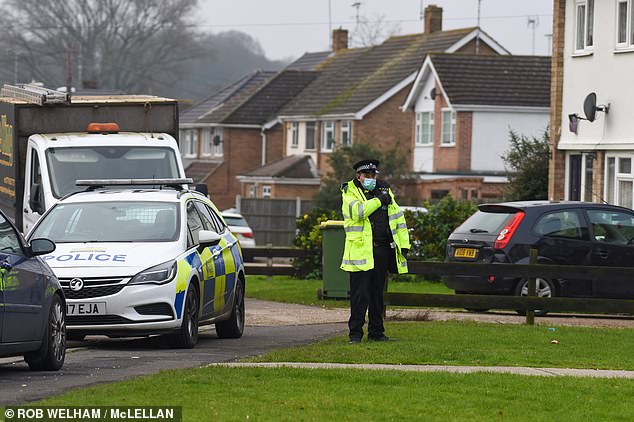 Pictured: Police at the scene in Rayleigh, Essex, after Fletcher had been stabbed last year

She said Mr Fletcher ‘had concerns whether she [Sindrey] was cheating on him’.

A neighbour said that earlier in the evening, when fireworks were set off outside, Mr Fletcher and Sindrey ‘appeared to be loved up and kissing and cuddling’.

Police were called by a neighbour at 12.58am on New Year’s Day and Mr Fletcher was pronounced dead at 1.48am.

Officers said both Blackwell and Sindrey were ‘hysterical’ with Sindrey ‘kicking out and thrashing’.

A bloodstained knife was recovered from the kitchen sink draining area of the flat, Ms Agnew said.

The force said that Miss Blackwell, of Southend, Essex, was involved in the argument.

She was cleared of murder and will be released immediately, police said. 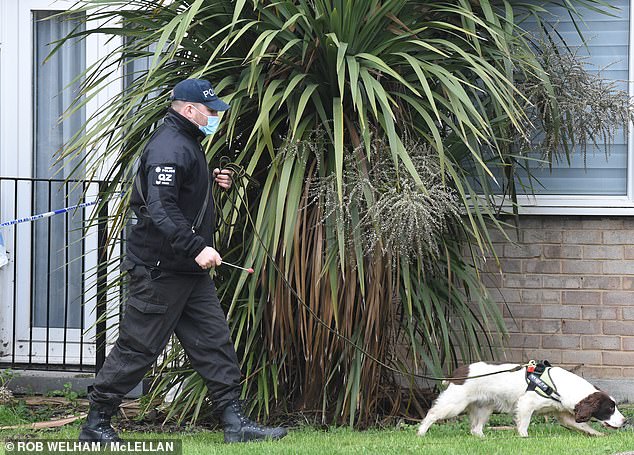 Pictured: A police officer with a dog patrols outside the home in Rayleigh on New Year’s Day

In a statement released through police, Mr Fletcher’s family said they were ‘heartbroken’ by his death.

‘On the fateful night that his life ended, it destroyed so many other lives as well,’ they said.

‘Dod was a big part of everyone’s life. He was loved deeply by our family. He was a son, brother and father.

‘His death has left us broken.’

Senior investigating officer Julie Gowen, of the Kent and Essex Serious Crime Directorate, added: ‘This has been a challenging and intensive investigation as my team tirelessly pieced together the hours and minutes which led up to the death of Mr Fletcher in the early hours of New Year’s Day.

‘Sindrey’s actions have not only destroyed the lives of Paul’s family and friends, but also her own family.

‘Today’s outcome can never bring Paul back, but I hope it can bring his family some justice, and can give them some peace to allow them to move forward with their lives.’

Sindrey is due to be sentenced at Basildon Crown Court tomorrow.

Between a rock and a hard place

Should I buy Netflix shares after Q4 results?

Should I buy Netflix shares after Q4 results?