Woman, 59, is reunited with her first-born son after she was forced to give him up


A woman has been reunited with her first-born son after she was forced to give him up as a teenager in a bittersweet moment where the pair can’t share a hug due to Covid-19.

Retired nurse Julie Johnson, 59, from Lancashire, appears on ITV’s Long Lost Family on Monday after searching for her child Steven, who she gave away after falling pregnant aged just 14.

Researchers discover Julie’s son is now called Ian Pitt, based in Staffordshire, but the pair have to wait six months before reuniting due to lockdown and Julie’s private health problems in hospital, which leave her unable to even talk on the phone.

But eventually Ian is able to enjoy a socially-distanced visit with his birth mother, who admits: ‘It’ll be hard not to be able to give him a hug because I’ll instantly want to give him a hug. But I won’t be able to. I might have a few tears.’ 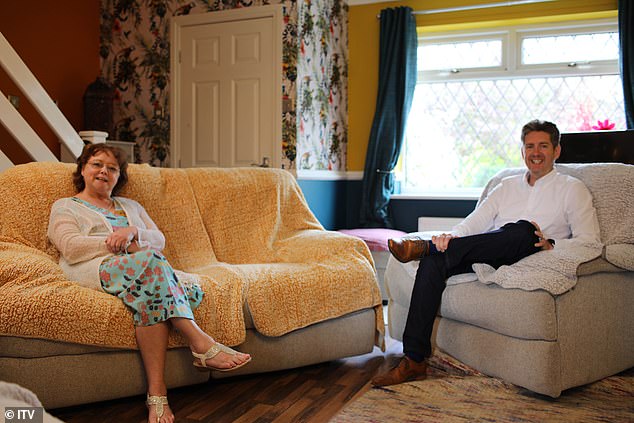 Retired nurse Julie Johnson (pictured with her son, who is now called Ian), 59, from Lancashire, appears on ITV’s Long Lost Family on Monday after searching for her child Steven, who she gave away after falling pregnant aged just 14

Grandmother Julie met her first love, Steven’s father, at school when she was just fourteen and hid her pregnancy for five months before it was discovered.

Remembering her family’s reactions, Julie says: ‘Instantly [it was] “you’re too young, you’re a child, it’s better for you if the baby’s adopted”. I wasn’t given a choice.’

Julie gave birth to Steven on 2nd of May 1977 and was told not to hold him or see him, but ignored the suggestions and instead bathed him and comforted him for the first and last time.

She says: ‘I was told I couldn’t see Steven, but I gave him a hug and told him I loved him. Forgiveness, that’s what I pray for, to take a little bit of the guilt away for not being able to be his mum.’ 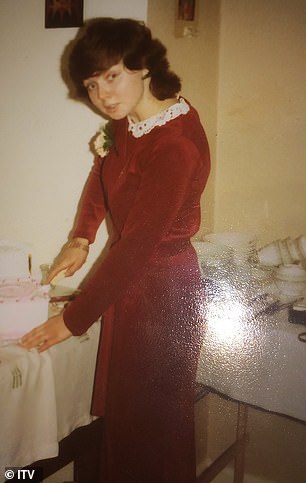 Researchers discover Julie’s son is now called Ian Pitt, based in Staffordshire, but the pair have to wait six months before reuniting due to lockdown. Pictured, Julie as a teenager

After Steven’s adoption, Julie and his father stayed together and went on to get married before have three more children.

But Julie insists she thought of Steven each time one of her other children hit a milestone.

The grandmother says: ‘I thought of Steven when I saw them smile for the first time and their first steps. I never saw my first son grow up and reach all those milestones.’

Julie and her husband drifted apart and divorced after fifteen years together. During that time, Steven was a secret that Julie kept from her other children, fearing they’d judge her.

The terrified mother recalls: ‘I thought they would think I’m a bad person.’

But the children had heard a rumour of another child and when she was a teenager, Julie’s daughter Sophie confronted her mother about Steven.

‘I remember saying, if you ever want to find him, we’ll back you one-hundred percent,’ Sophie recalls, while Julie admits: ‘None of the children have held it against me. It’s all in the open and that is lovely.’

Over the last fourteen years the family have contacted adoption agencies and even completed DNA tests in the hope it will lead them to Steven, but in the last year their search took on a new urgency when Sophie was diagnosed with triple negative breast cancer. 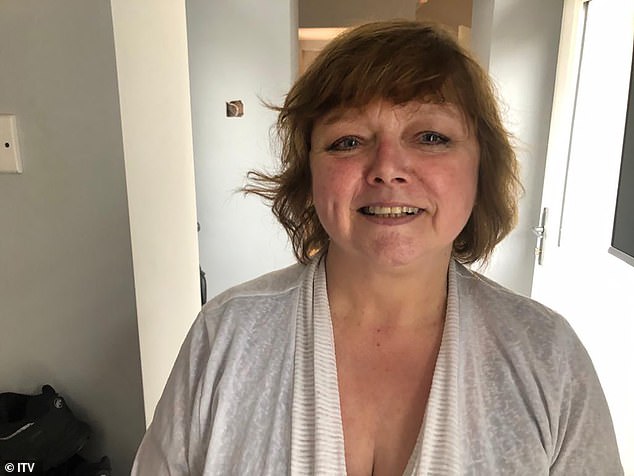 But eventually Ian is able to enjoy a socially-distanced visit with his birth mother (pictured), who admits: ‘It’ll be hard not to be able to give him a hug because I’ll instantly want to give him a hug. But I won’t be able to. I might have a few tears.’

‘When I got my diagnosis, we realised we might not have tomorrow, so we have to find him now,’ says Sophie, who has thankfully now been told her cancer is in remission.

With nowhere else to turn, the household approached Long Lost Family who enlisted the help of a specialist legally allowed to access adoption records.

Julie’s son’s new name is discovered to be Ian Pitt, who was adopted by a couple from Staffordshire and still lives in the area with his wife Siobhan and close to his two children from his first marriage.

Ian agrees to meet co-presenter Nicky Campbell and tells him: ‘I’m over the moon that she’s come looking… to find out that I have got siblings… unbelievable.’

Co-presenter Davina McCall visits Julie who tells her about giving-up her first-born. 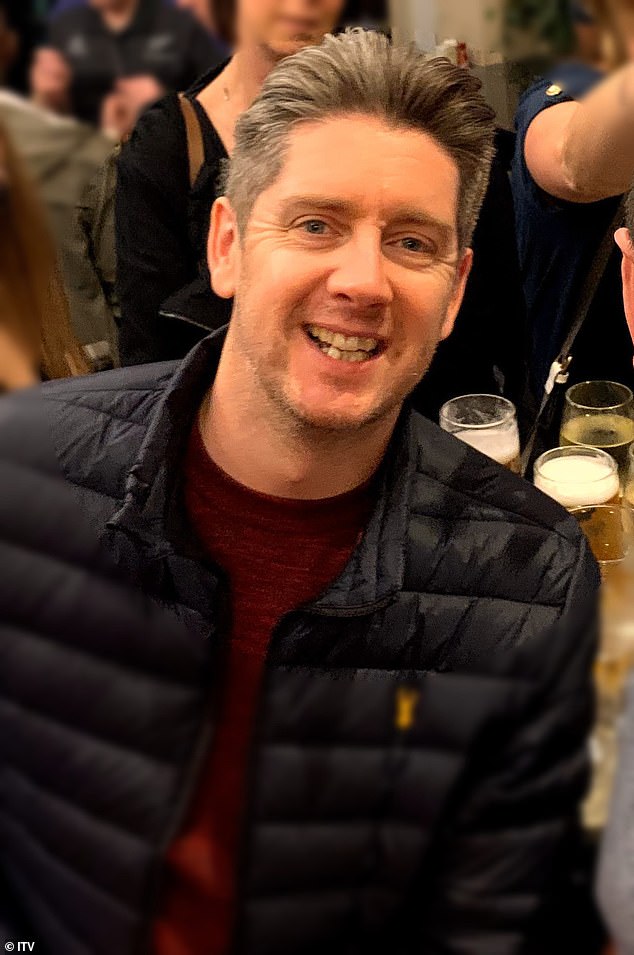 In the show, Ian (pictured) agrees to meet co-presenter Nicky Campbell and tells him: ‘I’m over the moon that she’s come looking… to find out that I have got siblings… unbelievable.’

She says: ‘I’m so glad I had that little bit of time, but I never saw him smile, never gave him a nursery rhyme, or saw his first birthday. I just hoped he was well looked after.’

Davina reveals that thankfully this was the case to an emotional Julie who says: ‘[I] never thought this day would come. I feel so lucky.’

In normal circumstances, the pair would’ve been reunited as soon as possible, but just days after Julie learnt her son had been found, the UK’s first coronavirus lockdown began, meaning visit with one another had to be put on hold.

Sadly, during this time, Julie became poorly and any contact, even on the phone, was also not possible.

However she was determined not to miss another of her son’s birthdays and so Julie sent Ian a card, the first which she can give him in forty-three years.

Ian says: ‘I’m hoping this brings some kind of closure to the concerns which she’s had over the years,’ while Julie confirms this, adding: ‘I now know I can go to bed and I don’t need to worry. I can be happy. I feel it’s complete now.’

Afterwards Ian meets his sisters, Emma and Sophie, who admit: ‘It’s hard work that we can’t just come over and grab you,’ while he declares: ‘I have a whole new family to get to know and enjoy and be part of each other’s lives.’

Aubameyang “hat-trick” returns Arsenal on the road to victories (video)