A woman allegedly sprayed her ex-husband with bleach before stabbing him multiple times and slitting his throat because she didn’t want to pay him any more child support, a court has heard.

Bonita Vivien Coue, 53, has been charged with the alleged ‘premeditated and brutal’ murder of Kerry Michael Rooney, 51, at his Newmarket home in Brisbane on Wednesday night.

She has also been charged with two counts of assault occasioning actual bodily harm and a further count of being armed as to cause fear.

A witness filmed the chilling moment horrified neighbours found the single dad in a pool of blood in the middle of the street moments after he was allegedly ambushed by his ex-wife. 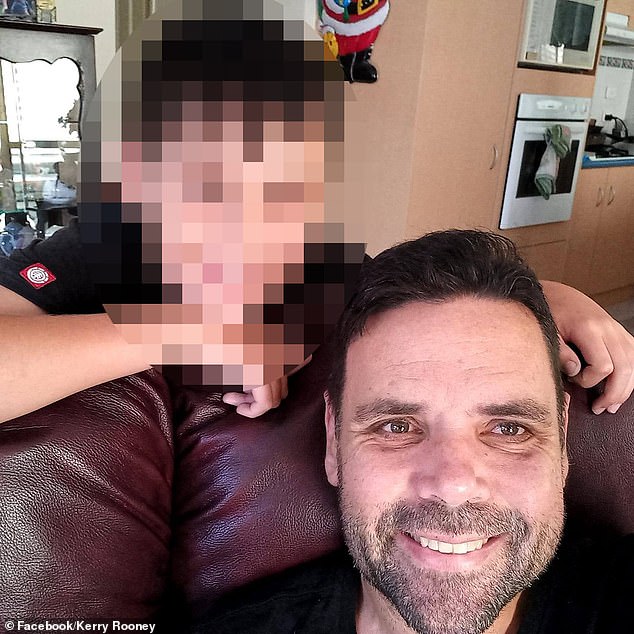 Coue represented herself without any legal representation when she appeared in Brisbane Magistrates Court on Thursday.

It was alleged Coue told police she had killed her ex-husband because she no longer wished to pay child support, according to court documents tendered to the court.

She listened as each of the charges were read to the court before stating: ‘May I say the first charge is true… and the fourth one (going armed as to cause fear) was self defence’, News Corp reported.

Police will argue the alleged murder was ‘premeditated and brutal’.

Shocked neighbours can be heard screaming and seen rushing to the aid of Mr Rooney lying in a pool of blood in the middle of the street in a chilling video filmed by a witness.

A person can be heard yelling for someone to get an ambulance as a woman comes across the horrifying discovery, the Courier Mail reported. 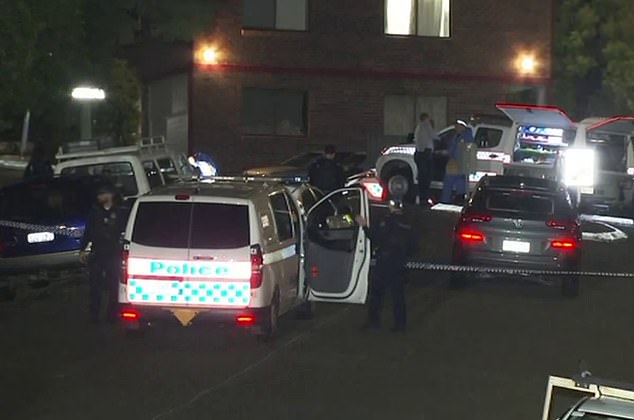 A woman has been charged with murder after allegedly stabbing a man to death outside his home in Newmarket in Brisbane’s inner north-west. Police are pictured at the scene

‘There’s a guy down there … I think he’s f**king dead in the middle of the road,’ a frantic woman is heard yelling.

Another person can be heard asking if police are there.

‘Yeah they just got there. There’s a guy with a gun there,’ the woman replied.

‘Oh my god … there’s blood all across the road.’

A man then can be heard shouting. 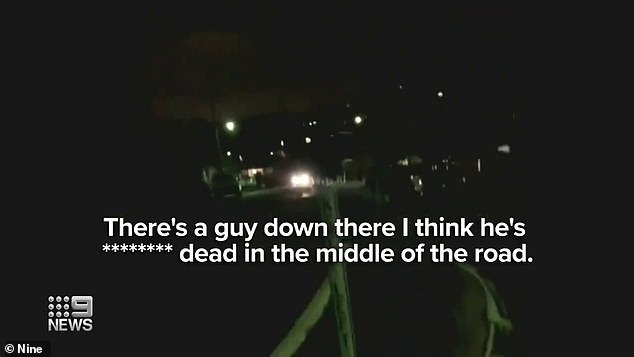 Mr Rooney has been remembered as an ‘incredible man’ and dedicated single father to his 10-year-old-son.

‘Kerry was an incredible man and an amazing father and his loss is massive,’ family friend Kym Mansfield told the Brisbane Times.

‘Kerry was a dedicated dad who did everything he could to keep his son safe and provide him with a great life.

‘This is such a tragedy on so many levels.’

The court heard on Thursday Coue allegedly caught a bus to Mr Rooney’s apartment armed with a bottle of bleach, two kitchen knives and a toy gun. 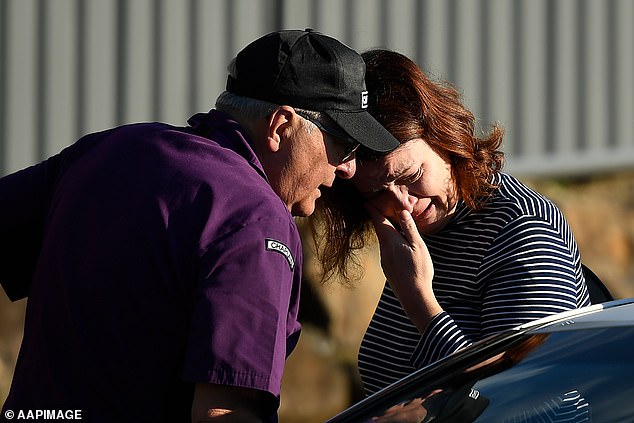 The single father-of-one was out getting fish and chip with his 10-year-old son when she arrived, so Coue allegedly layed waiting in the staircase of his apartment building.

Officers claim she had been watching Mr Rooney, 51, and monitoring his comings and goings for two weeks prior to the alleged attack.

Police will allege Hungarian-born Coue told officers on the scene she sprayed Mr Rooney in the face with pure bleach to get his attention.

When he turned away from her, she allegedly told officers she then stabbed him in the back.

The knife was still lodged in Mr Rooney’s back when officers arrived.

Police will allege Mr Rooney was able to escape and screamed for help as Coue followed him, continuing to stab and cut him.

Coue is also accused of pointing her toy gun at a neighbour who tried to intervene with a baseball bat.

Despite repeated suggestions from the magistrate that she seek free legal aid, Coue said she ‘couldn’t afford’ the service.

Coue was refused bail and the matter was adjourned until July 12. 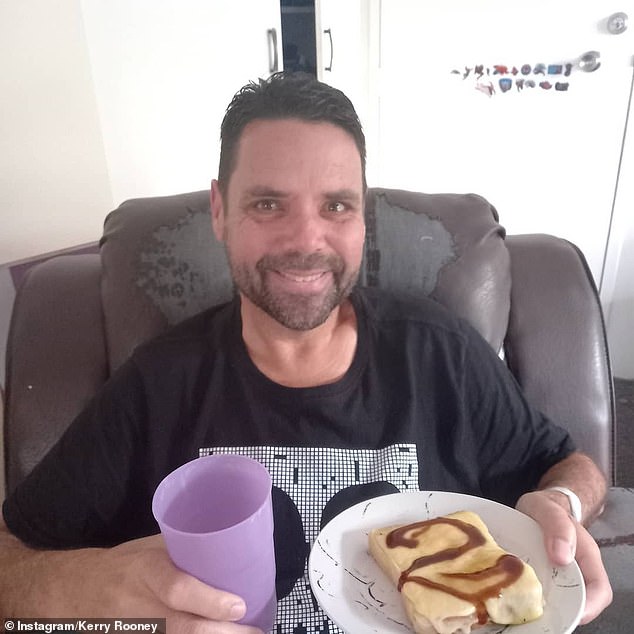 The single father-of-one was out with his 10-year-old son when she arrived, so Coue allegedly lied in wait in the staircase of his apartment building. Mr Rooney’s son made him a special ‘birthday breakfast’ (pictured)

Det Supt Fleming said the mother had had limited contact with her son.

Police were not aware of any domestic violence-related issues involving the former couple in recent years.

‘My understanding is the male victim had no reason to suspect he would be set upon last night,’ Det Supt Fleming told reporters.

‘We will allege this was brutal, unforeseen by the victim, and just tragic in all regards.

‘There is a child that is without a father, and without a mother. It brings me great sadness to talk about that.’

Police will also allege the woman had a replica gun and used it to ward off people trying to help the victim.

‘We will allege (they) were sufficiently intimidated by her behaviour that they stayed away,’ Det Supt Fleming said. 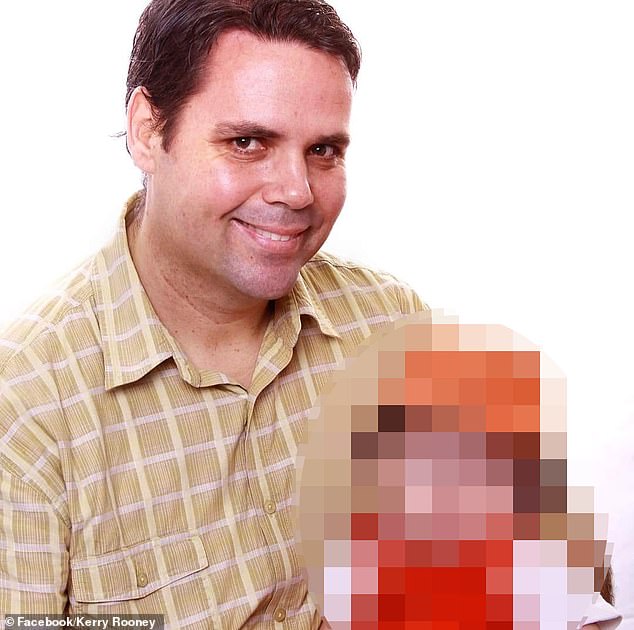 Police will allege Mr Rooney was able to escape and screamed for help as Coue followed him, continuing to stab and cut him