Theresa Balboa has been charged with capital murder just over a month after police found the decomposing body of her boyfriend’s five-year-son in the trashcan of her motel room.

The Harris County District Attorney’s Office had initially charged the 29-year-old with tampering with evidence after Samuel Olson’s body was found in her Best Western motel room, in Jasper, Texas, on June 1. The autopsy report found Samuel died from ‘homicidal violence with blunt head trauma.’

On Thursday, Balboa, who has been in custody since her June 1 arrest, was charged in Harris County with capital murder of a child under 10, according to court records.

The charges came after investigators recovered an unspecified weapon that suspected had been used to kill Olson.

The remains of the little boy are thought to have been kept hidden for around two weeks after he died, including in a bathtub, before Balboa reported him missing.

She was arrested after a tip-off to cops when she was allegedly seen carrying a foul-smelling plastic bin containing the child’s corpse into the room. 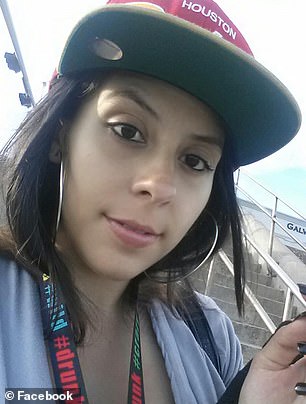 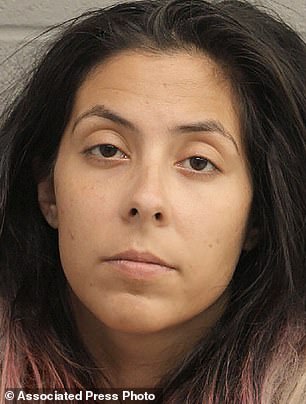 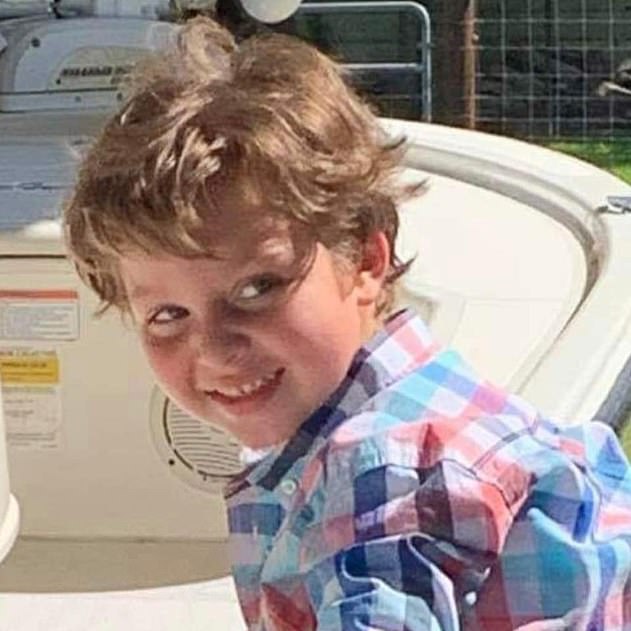 Samuel had been living with Balboa since April 30 – the last day he attended school.

According to the court documents, Balboa killed Samuel on May 12, then reported him missing more than two weeks later on May 27. Samuel would have turned six on May 29.

Balboa’s roommate, Benjamin Rivera, and friend Dylan Walker, have also been charged with evidence tampering counts in relation to the boy’s death.

Samuel was last seen alive by his paternal grandmother, Tonya Olson, who says she spent the weekend with him on May 8, and was reported missing by Balboa on May 27.

According to court documents submitted on June 3, Balboa allegedly told Rivera, that Samuel was dead two weeks before she reported him missing, according to ABC13.

Rivera reportedly told police says that upon returning to their apartment from work, he found the boy on the bed, bruised and unresponsive.

Balboa and Rivera then allegedly moved the body to their bathtub, where they left it for two days. 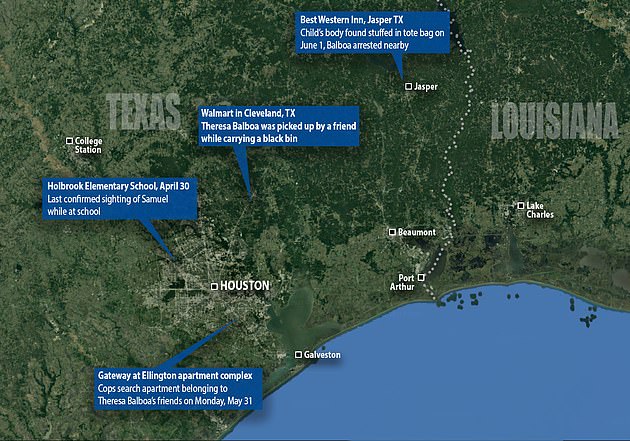 Cops say Balboa killed Samuel then held onto his body for more than two weeks, driving it across Texas to Jasper 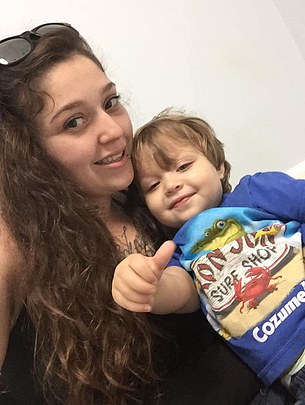 Sarah Olson Samuel’s birth mother is pictured with him left and Samuel is pictured right. Balboa is believed to have kept his body hidden for two weeks including in a bathtub in her apartment

On May 13, Rivera says he purchased duct tape and a plastic bin from Walmart. He then wrapped up the boy and placed him in the bin before he and Balboa moved him to a storage facility in Webster, Texas, according to court documents.

Police were led to Balboa after she reportedly called Walker, on May 17, and asked him to pick her up at a Walmart parking lot in Cleveland, and the two drove nearly 70 miles south to retrieve the bin at the storage facility.

They then reportedly drove another 160 miles northeast to the Best Western in Jasper.

Meanwhile, it emerged early on into the investigation that Balboa previously lost custody over her two young daughters in 2019 over claims she was a bad mom.

Court records obtained by Click2Houston revealed that the girls – now aged six and eight – were removed from their mom’s care after she failed to show up to court for a custody hearing.

Balboa remains behind bars on a $600,000 bond as she awaits her next court appearance, which is already scheduled for next Monday. 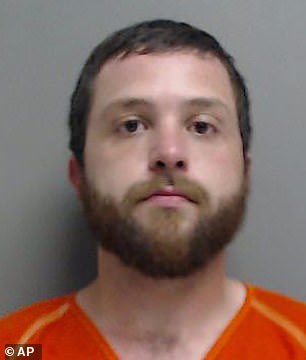 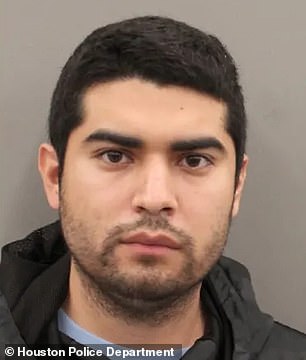 Balboa’s roommate, Benjamin Rivera, and friend Dylan Walker, (right) have also been charged with evidence tampering counts in relation to the boy’s death

Prosecutors said Balboa was on her way to Louisiana when she was arrested in Jasper.

Balboa’s next-door neighbor Tiffany Schultz, 25, has told police she heard loud scratches from the apartment a day after the boy is believed to have died.

Schultz, 25, along with her fiancé and newborn son had moved into their new apartment in Webster on May 11 – the day after next-door neighbor Balboa allegedly told her roommate that Samuel Olson, 5, had died, according to court documents.

‘The second day we were here, it was probably about 3 or 4 o’clock in the morning, we heard loud scratching noises, really, really loud,’ she told The Sun. ‘It lasted for a good ten or fifteen minutes.’

Her fiancé, she said, started banging on the wall to make the noises stop.

‘I’ve heard loud scratching from animals before and it wasn’t that, I don’t believe they had animals,’ Schultz recalled. ‘We didn’t hear any other noises, it was strange.’ 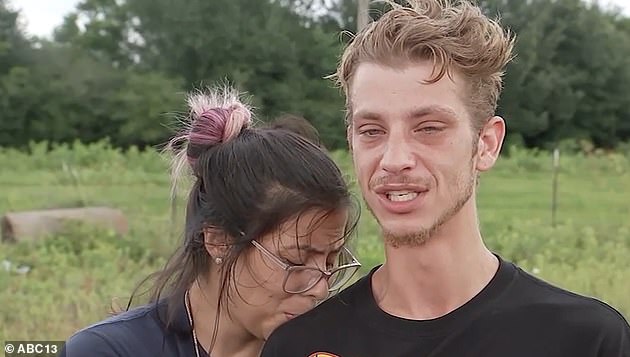 NHS lets trans intercourse offenders on feminine wards: Convicts who have been born male however establish as feminine could...

Members of the Royal Household have reportedly used homeopathy for his or her illnesses for years — however it’s not...