A woman in her sixties was stabbed to death along with her dog in a horrifying, daylight attack in a Los Angeles park which ended when a passer-by knocked her killer unconscious with a rock.

The woman has not been named, nor has the 23-year-old perpetrator. He was described by police as a Hispanic male.

The attack happened on Thursday in Lone Hill Park in San Dimas near Los Angeles. Police at the murder scene in San Dimas, LA, on Thursday. The woman was walking her dog when she was randomly attacked 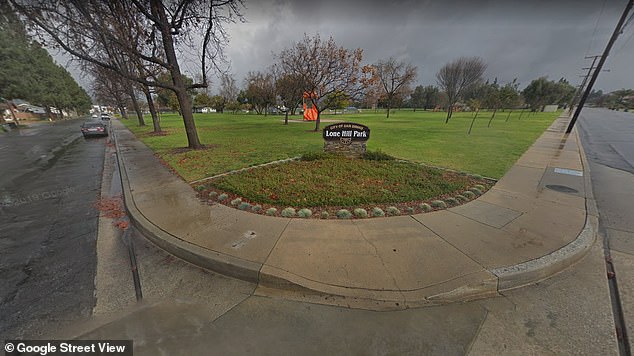 Lone Hill Park in San Dimas, where the horrifying attack happened at 1.30pm on Thursday 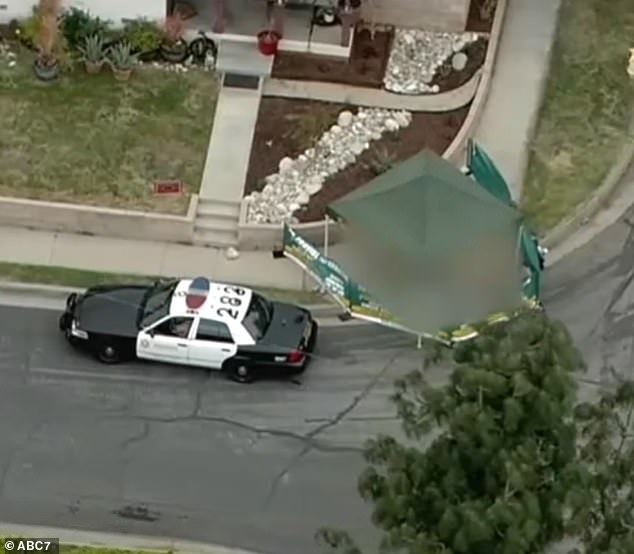 The woman’s body was found outside the park, on the street, next to a house

The woman was walking her dog when the attacker approached another man at around 1.30pm.

He tried to stab him and that man got away.

The attacker then went for the woman. First, he grabbed her dog’s leash from her and started stabbing the animal.

Once he’d killed the animal, he started attacking the woman.

The first man he’d approached saw what was happening then rushed back to help.

He picked up a rock and hit the man over the head with it. He was knocked unconscious.

The woman and the dog were both pronounced dead at the scene and the attacker was taken to the hospital.

He is expected to be discharged from the hospital today to be booked into jail on a murder charge.

‘When medically cleared, the suspect will be transported to San Dimas Station and booked for murder,’ the sheriff’s department said in a statement. 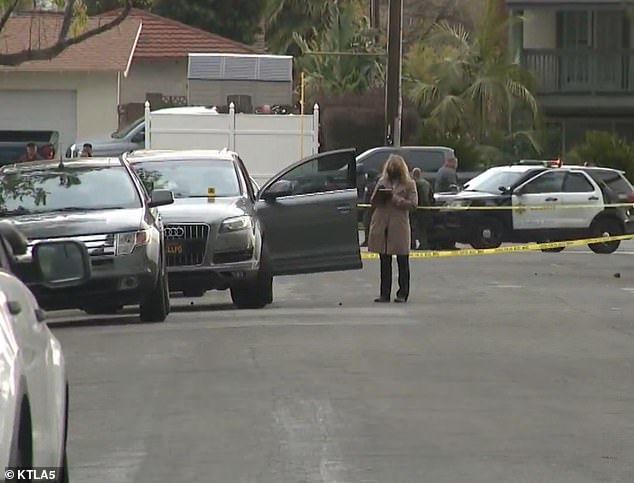 The Emir of Qatar comments on the train accident in Egypt.

Covid: Infections level off and Jackie Weaver wades in

Covid: Infections level off and Jackie Weaver wades in