Woman sends internet into a frenzy looking for a green tree frog – can you spot the amphibian?


Woman sends the internet into a frenzy looking for a green tree frog in her wall of artificial plants – so can you spot the amphibian?

A woman has broken the internet after posting an image of an Australian green tree frog blending into a suburban plant wall.

Sarah James shared the image of a well-hidden reptile to popular Facebook lifestyle page Kmart Hacks & Decor, and it didn’t take long for the modern day ‘eyesight puzzle’ to be widely circulated.

‘Green tree frog hiding in my artificial plant tiles from Kmart,’ she wrote. ‘Can you find him?’ 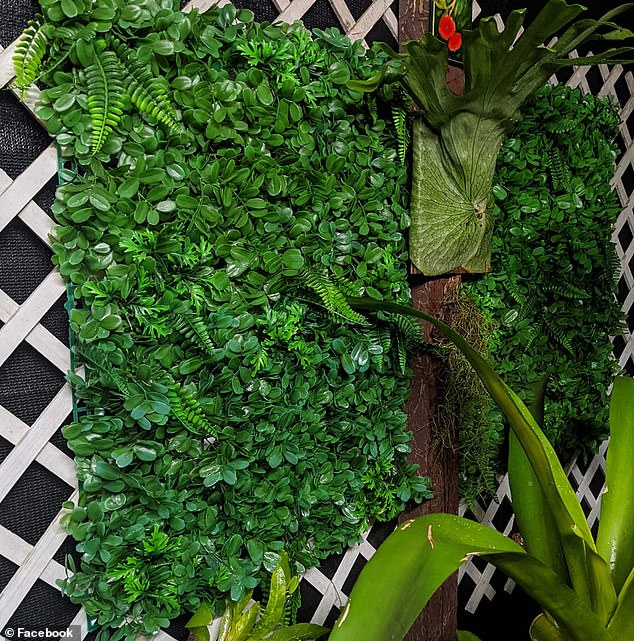 The frog – who should win a prize for his impressive camouflage efforts – proved to be very difficult for many to spot on social media.

One commented it was ‘worse than Where’s Wally’ with another playfully asking ‘is this a trick?’

Some eagle eyed mothers managed to eventually locate the green frog, who is in the bottom left hand corner of the photo. 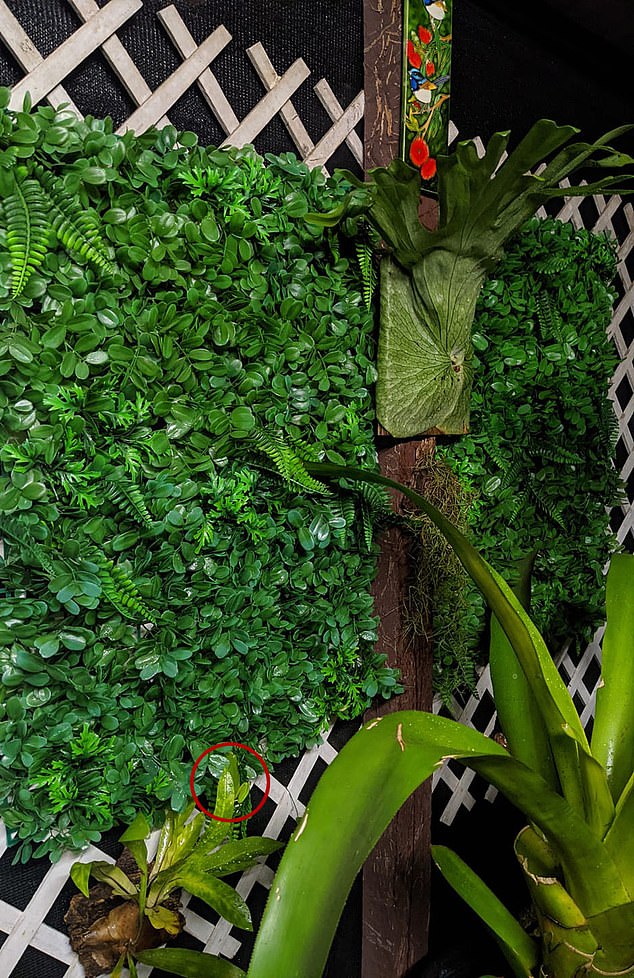 On closer inspection, the green frog (circled in red) can be seen at the bottom of the image

Even after it was revealed exactly where the frog was, some still failed to spot the amphibian.

One mother went as far as labelling the green frog ‘Kermit the Ninja’, with another suggesting he ‘would be great at hide and seek’.

Green tree frogs, one of the largest Australian frogs, are found in all states except Victoria and Tasmania.

Insects, crickets, spiders, lizards, other frogs and cockroaches predominantly make up their diet, however, they have been known to eat bigger prey such as mice and small bats.

GREEN TREE FROG: WHAT ARE THEY?

*Males are typically much smaller and less robust than the females, who can reach almost 12cm in length

*Both males and females will produce a loud, high-pitched scream if taken by a predator

* The green tree frog is found through the eastern and northern parts of Australia. It prefers cool damp places and, particularly in more arid areas, and will often use human habitation for shelter

How to rebrand a country after the COVID-19 pandemic

Decades of research reveal diets just don't work. They are more likely to lead to weight...