A woman who claims she was raped by Bill Shorten at a Labor Youth Camp when she was 16 years old has launched a fundraiser to demand her police file so she can sue him in civil court.

Kathy Sherriff alleges the former Labor Party leader was 19 years old when he raped her at the camp in Portarlington, Victoria, in 1986.

Mr Shorten has vehemently denied the allegations numerous times since they came to light in 2014 and was cleared by a police investigation.

Detectives began investigating the accusation in late 2013 but did not lay charges, concluding Mr Shorten had no case to answer.

However, Ms Sherriff has now renewed her ‘pursuit of justice’ after another woman accused Christian Porter of raping her at the same age, before taking her own life.

Ms Sherriff created a GoFundMe page to raise funds for a prospective legal battle to obtain files from the police investigation into her claims. 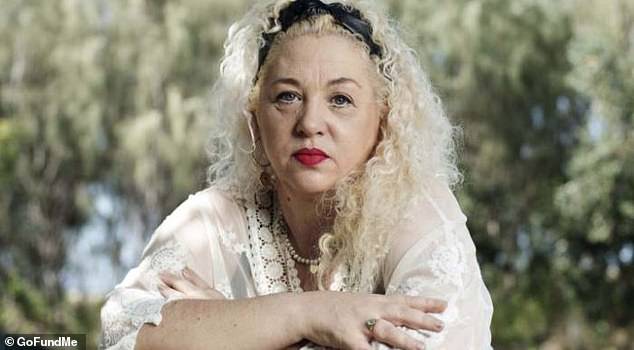 ‘For many years I have tried to have my voice heard. I have reported my assault to police and to members of parliament,’ she wrote.

‘The response from those in the legal and political system has been to silence me.’

Ms Sherriff, who is from a Labor family, said she was idealistic and had political aspirations before she was allegedly raped as a teenager.

She then ‘lost faith in the Labor Party and politics in general’.

‘My aspirational potential was never realised,’ Ms Sherriff wrote. ‘When I look back now, my one regret has been to not tell more people at the time.

‘I was in shock. I felt shame. I ignored the truth, thinking if I moved on, my life might return to some sort of normality.’

Ms Sherriff claims she has contacted Labor politicians Anthony Albanese, Tanya Plibersek and Penny Wong, as well as Greens Senator Sarah Hanson-Young – but to no avail.

She even claimed Ms Plibersek said she would speak with her at the March for Justice rally last month, only to be ushered out a back door after her speech.

‘I have been broken by the people I looked up to,’ she said. ‘Today, I am apolitical. I have no political affiliation. I consider myself a humanitarian.’ 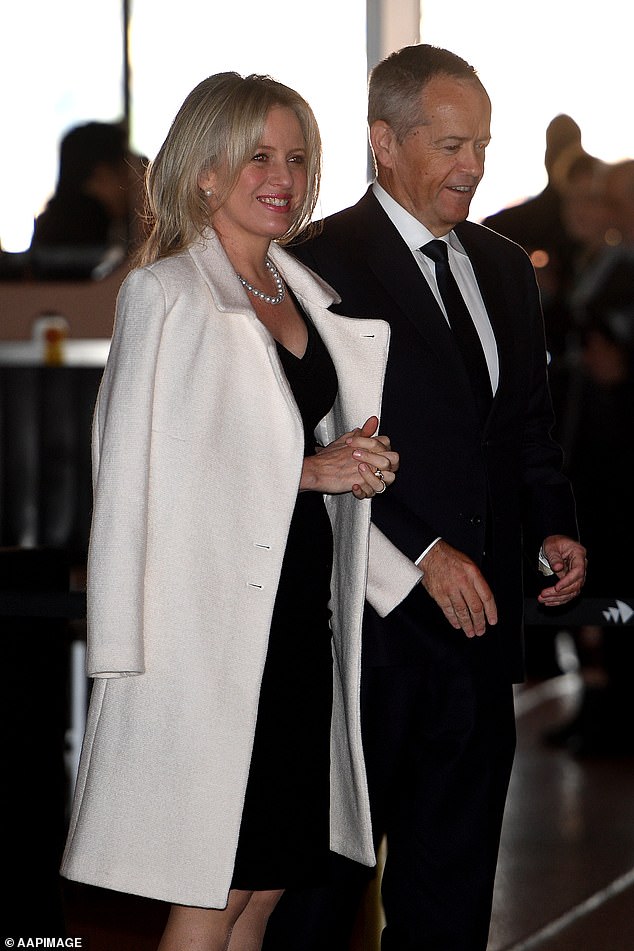 Police began investigating the accusation in late 2013 but did not lay charges, saying there was no case to answer. Bill Shorten is pictured with his wife Chloe

Ms Sherriff said she is a ‘shattered woman’ unable to have a normal long-term relationship due to the alleged rape and her inability to trust others.

She said her allegations were investigated by the sexual offenders and child abuse investigations team and they have 1,700 pages of information.

Ms Sherriff said she applied for her file to be released through Freedom Of Information laws but alleges she has been denied access.

‘Times have changed since 2014 when my case was investigated,’ she wrote. ‘The #MeToo movement gave me renewed hope women will be heard.

‘Over the past few weeks, I have watched as my own (former) Labor Party has pursued a political opponent, Christian Porter, over an alleged historic rape.’

Before her, Grace Tame was named Australian of the Year for speaking out about the sexual abuse she suffered as a child.

Ms Sherriff said she was confused as to why those two women were believed and taken seriously while she was ‘ignored and shunned’.

‘I now have no other option but to fight on my own,’ she said.

‘I do not have the funds for justice. Today I am a disabled pensioner with little money at the end of the week. I only have you, the people of Australia.’

Ms Sherriff claimed it was hypocritical for Labor to call for an inquiry into the allegations against Mr Porter, but not Mr Shorten.

‘If there is to be an inquiry, it cannot be a singular political missile aimed at one political opponent, but must include all historic rape allegations by sitting MPs,’ she said.

‘Otherwise, an inquiry will be seen for what it is, weaponising rape for political advantage, rendering the inquiry a meaningless farce.

‘That would be a wasted opportunity for real justice for women.’ 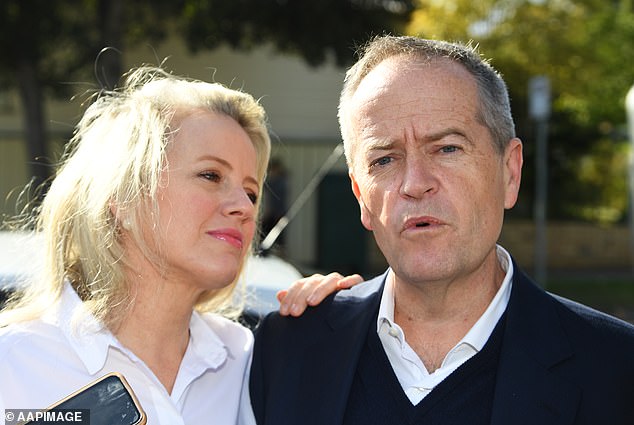 Ms Sherriff said the money raised will go towards her legal fees. She has raised almost $9,000 in just five days.

She said any extra money would be donated to a women’s shelter or rape and domestic violence support agency.

In November 2013, The Australian reported that a senior Labor figure was being investigated by Victoria Police over an alleged rape in the 80s.

The politician was not identified in the article.

Mr Shorten identified himself as the Labor figure nine months later in August 2014, after police confirmed they would not proceed with criminal charges.

‘Late last year I learned that a claim had been made about me, going back to when I was 19,’ Mr Shorten said in 2014.

‘I will not go into the details, except to say that the allegation was untrue and abhorrent.

‘The allegation was made by someone that I knew briefly at that time. There is absolutely no basis to the claim.’

How to sleep better forever: Lots of sex and a pair bed socks will help bad sleeping habits

How to sleep better forever: Lots of sex and a pair bed socks will help bad sleeping habits