The mother of three mysteriously found dead inside a charity bin at Easter had struggled since the heartbreak of discovering her husband was having an affair five years ago.

Charmaine ‘Mikki’ O’Shea, 43, was found half inside one of the bins behind Stockland Burleigh Heads Shopping Centre on the Gold Coast on Easter Monday.

Police suspect the ‘vibrant and creative’ market stallholder was crushed by the falling lid when trying to retrieve something from inside.

Ms O’Shea’s life took a turn for the worse when she ended up in court in 2016 after discovering her husband was having an affair and made threats against his lover.

Photos from before the court case show the ‘devoted single mum’ with her arms draped around her three kids, and another goofing around with her two sons. 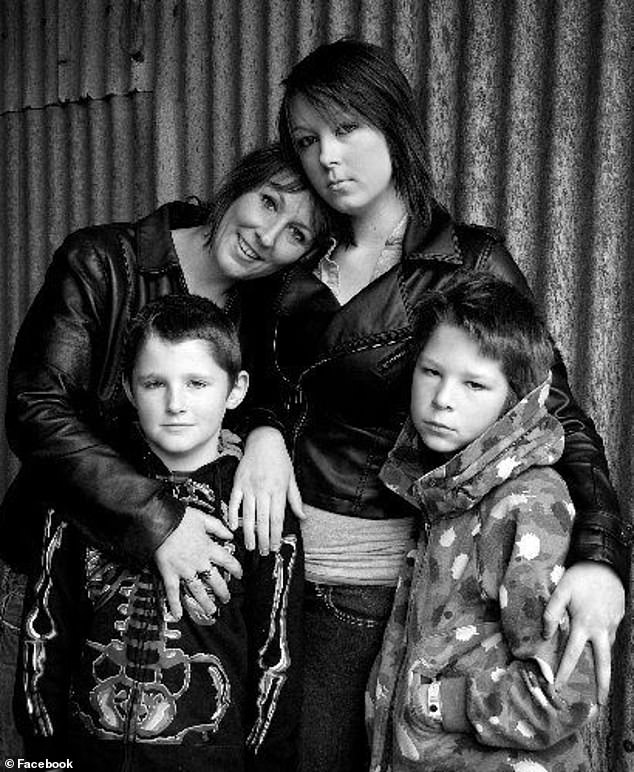 Charmaine O’Shea with her children Tillz (centre), Jack (left) and Rory (right) in a photo posted in 2012 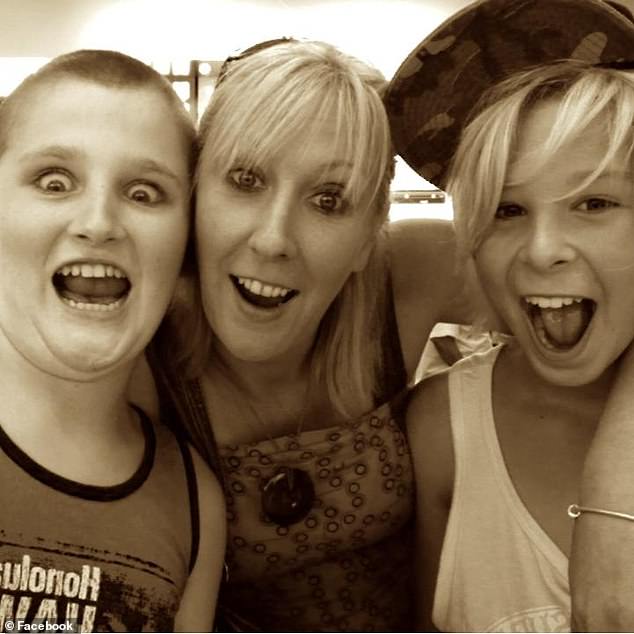 Charmaine O’Shea with her sons in a 2014 post. Her death is regarded as a ‘misadventure’

In 2016 Ms O’Shea appeared in Southport District Court charged with making threats against a woman who was having an affair with her husband, Paul Woods, also known as Paul O’Shea, then 49.

The threats related to pictures Ms O’Shea had found on her husband’s phone of the three children of his lover. The pictures depicted the three youngsters sleeping and swimming naked.

The children’s mother was later given an 18-month suspended sentence in the Brisbane District Court for making and distributing child exploitation material to Woods.

Ms O’Shea had threatened to send the explicit pictures to the woman’s friends and family unless she paid her $100,000, the court heard.

No conviction was recorded against Ms O’Shea, with the court told she had ‘acted impulsively’ during a time she was experiencing ‘severe distress’ after finding out about her husband’s affair.

Woods was sentenced to 105 days imprisonment but it’s understood he was later deported to his native New Zealand by Australian Border Force, having also served eight years in prison for heroin trafficking in 1994.

Daily Mail Australia can also reveal Ms O’Shea ran a business called Kiwiana through a stall at Carrara Markets on the Gold Coast until a few years ago, selling ‘cultural gifts’ from New Zealand such as korowai, or traditional Maori feather cloaks. She was originally from Greymouth on New Zealand’s South Island.

‘This wee Kiwi shed is jam packed with memories from Aotearoa, the old, the new, the classic Kiwis icons and more,’ said her Facebook page for the stall.

Initial reports suggested Ms O’Shea was trying to get something from the bin when the lid came down and trapped her.

Friends set up a GoFundMe page on Tuesday to cover the cost of her funeral and support her family. 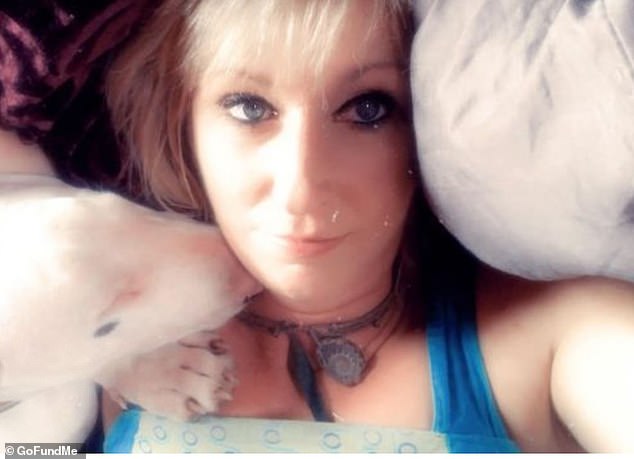 Charmaine ‘Mikki’ O’Shea, 43, (pictured) has been identified as the woman who tragically died after getting stuck in a Gold Coast charity bin 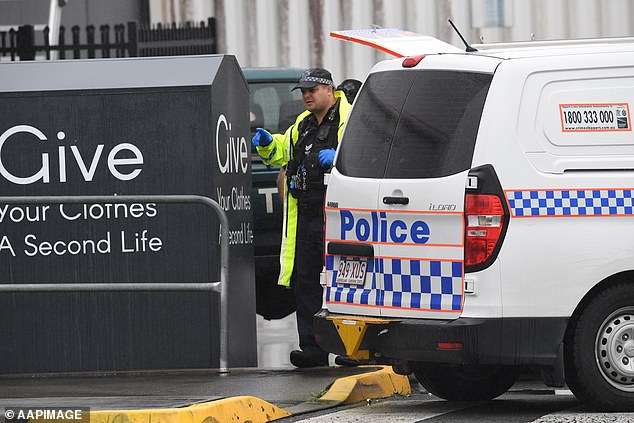 ‘Mikki was a vibrant, creative, and just all round amazing person who was a devoted single mother to her three kids,’ the fundraiser description reads.

‘She was the most generous person someone could ever meet. She was such a joyful woman who always lived life vicariously.

‘Mikki’s family is going through a very difficult time as this was a horrible accident that no one could’ve expected.

‘The family has still not been told the whole story.’

Another woman who previously worked with Ms O’Shea said together they had ‘shared the good and the bad, and the ups and the downs’ of life.

‘I feel privileged to have been your friend for so long,’ she wrote. 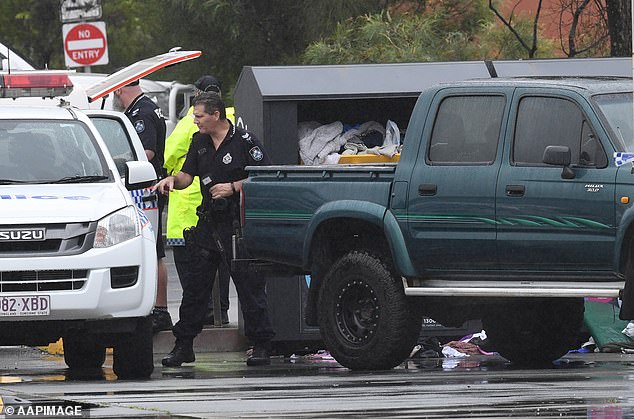 Her family have since claimed they don’t know the ‘full story’ of what happened near the Gold Coast shopping centre (pictured, paramedics at the scene on Monday) 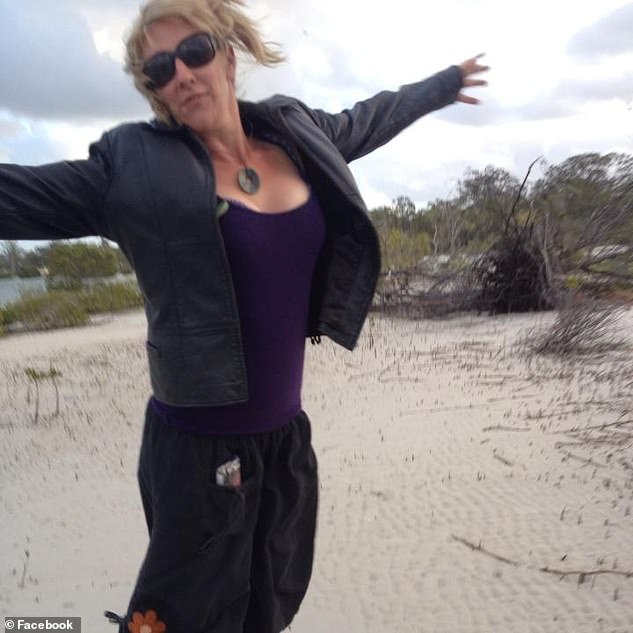 The mother-of-three has been remembered by friends as a ‘vibrant, creative and all round amazing person’ 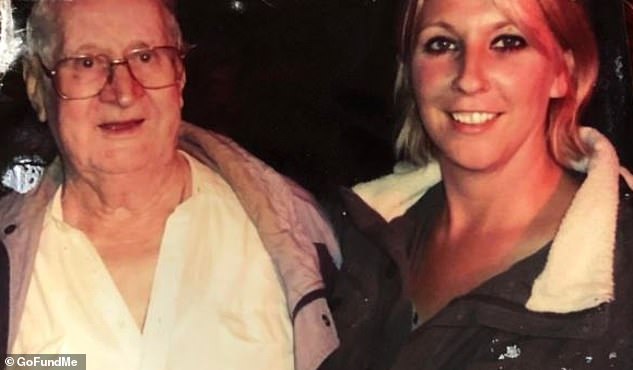 Ms O’Shea (pictured, right, with her mother) was found by a passerby at 7am on Monday behind the shopping centre at Burleigh Heads, on the Gold Coast

‘I love [you] mate and am heartbroken to lose you.’

Paramedics announced Ms O’Shea dead on arrival, as police taped off the surrounds and established a crime scene.

A similar tragedy unfolded in 2015 in Sydney when a man died while trying to shelter from the rain in an inner Sydney charity bin.

A passerby made the gruesome discovery at Rosebery in November of that year after they spotted the 38-year-old man’s body dangling out of the charity bin while driving past.

It is believed the man may have been attempting to access the charity bin when he became stuck and sustained fatal injuries.

‘We’re still trying to establish his identity. There were a number of items down there (in the bin) that we haven’t been able to confirm whether they belong to him or belong to someone else,’ Inspector Crisafulli said at the scene.

Police retrieved the body from the crime scene on the corner of Dalmeny and Galara streets, while tents were erected over the green-coloured bin as detectives investigated in wet weather.