A woman, who was born with both male and female genitalia has told how doctors decided she was a boy ‘without he consent’ at birth.

Luna Animisha, 24, who lives in Puna, Hawaii, was raised as a boy and said medics ‘stitched up her vagina’ leaving her fundraising for a uterus.

Her womb was removed and she was assigned her gender at birth yet she claims their ‘barbaric’ actions left her with identity problems because she feels more feminine than masculine.

After years of struggling and bullying because of her gender identity, Luna has now rejected the male gender assigned to her at birth and instead adopted she/her pronouns. 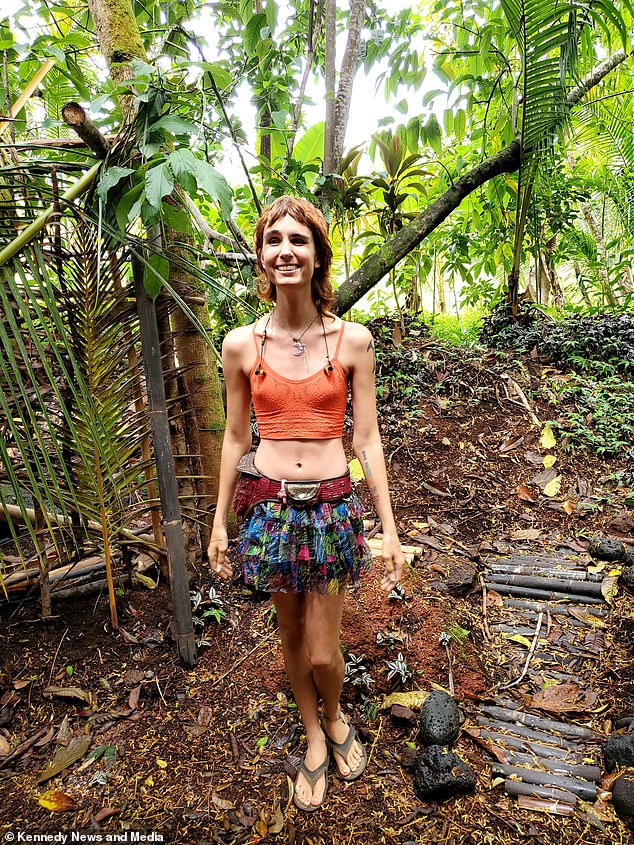 A woman, who was born with both male and female genitalia has told how doctors decided she was a boy ‘without he consent’ at birth

She is now hoping to raise the £100,000 ($150,000 USD) to get reconstructive surgery and a uterus transplant, although the procedure is still in its infancy and clinical trials are ongoing.

In 2019, a woman in Cleveland taking part in a research trial became the first person in the world to give birth after receiving a uterus transplant from a deceased donor.

Luna hopes this will ‘help put her back together’ and return her to being intersex – with both sets of genitalia – like she was born.

The yoga practitioner said removing organs from intersex youngsters was treating them more like ‘cats and dogs’ than people. 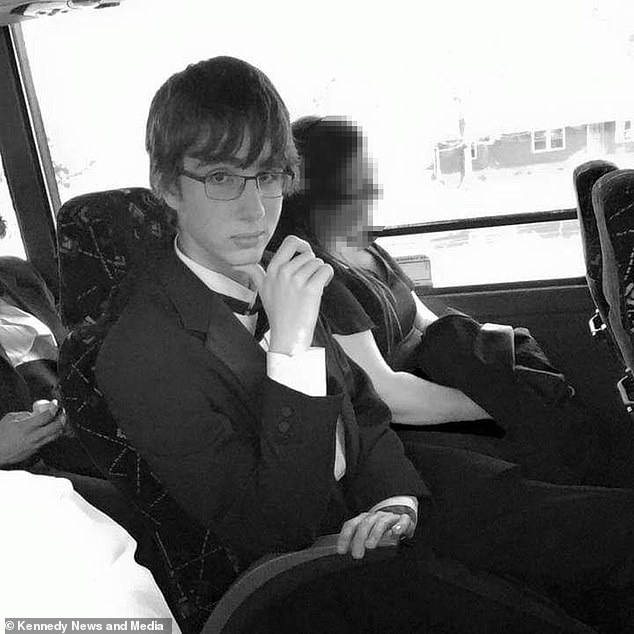 Luna Animisha, 24, who lives in Puna, Hawaii, was raised as a boy and said medics ‘stitched up her vagina’ leaving her fundraising for a uterus 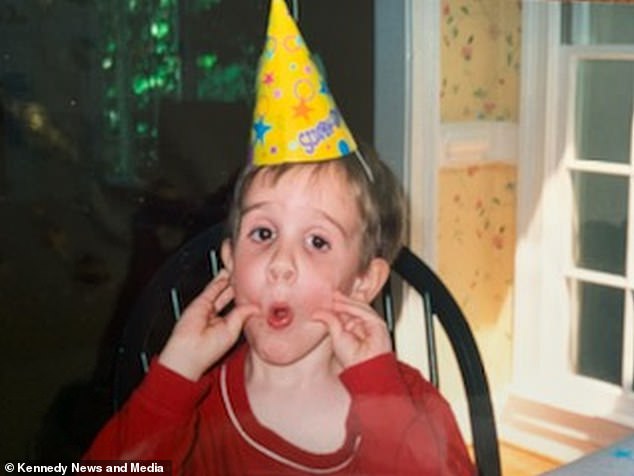 Luna said: ‘I only found out at 14-years-old that I was born intersex, but even before that I knew I wanted to present a different way than my parents raised me.

‘I’m not sure whether it was my parents’ decision or the doctors’ but I was assigned male at birth and had my womb taken out and my vagina stitched up.

‘I think that is absolutely barbaric – infants can never give consent.

‘Intersex kids are treated the same as dogs and cats just having their organs removed and it’s really traumatic for us.’

Luna added this has caused her ‘identity problems’ and has even led to suicidal thoughts, which began at a very young age.

She said: ‘This has caused me a lot of identity problems – at the worst of times I completely hated how I looked as a boy and thought I was destined to be alone. 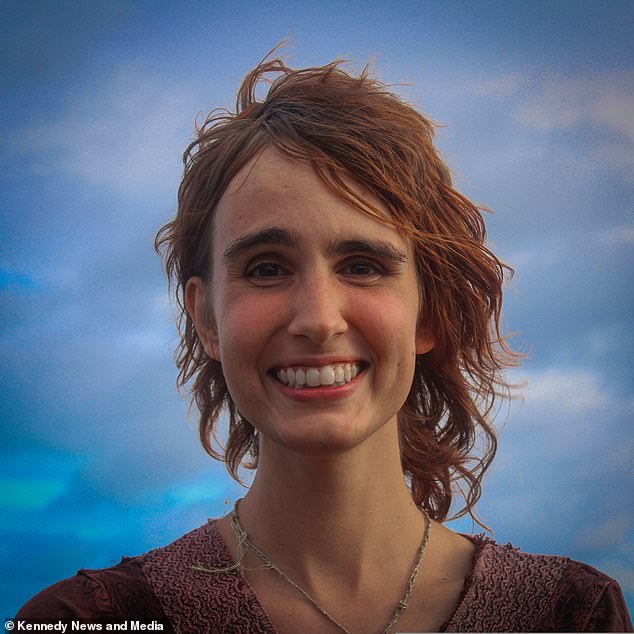 After years of struggling and bullying because of her gender identity, Luna has now rejected the male gender assigned to her at birth and instead adopted she/her pronouns 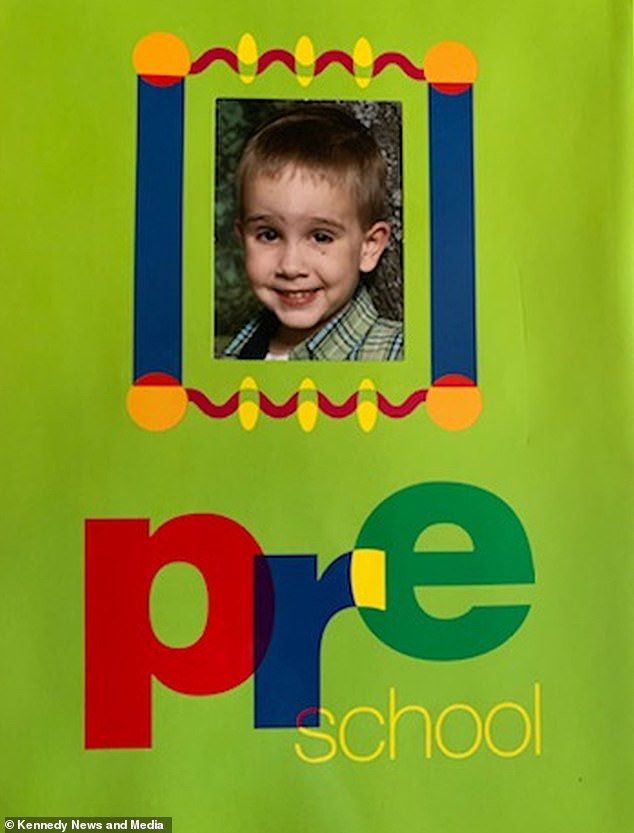 ‘This is the first year I haven’t truly wanted to die – the first time I had suicidal thoughts was at five years old on the playground, which started with not being able to connect with people.

‘I eventually realised it was related to the way I saw and expressed myself but it took me years to realise that my gender identity was at the root of it all.

‘It would be a miracle to go back to being intersex because that is who I am.

‘If I transitioned to completely female I would just be in the same boat I am now – missing half of myself that I was born with.’

Luna now takes oestrogen and progesterone – hormones naturally produced by ovaries that control the function of the uterus – as part of hormone replacement therapy.

What does intersex mean?

Intersex is a term used when a person is born with reproductive or sexual anatomy that doesn’t fit the boxes of ‘female’ or ‘male’.

Sometimes doctors do surgeries on intersex babies and children to make their bodies fit binary ideas of ‘male’ or ‘female’.

There are many different ways someone can be intersex.

Some people have genitals or internal sex organs that fall outside the male/female categories — such as a person with both ovarian and testicular tissues.

And some people are born with external genitals that fall into the typical male/female categories, but their internal organs or hormones don’t.

She is already in talks with a plastic surgeon about vaginal reconstructive surgery and she is also looking into lab-grown uterus transplant options, costing around £70,000 ($100,00 USD).

This kind of transplant would mean the uterus would be grown from Luna’s own vulva tissue and would be as biologically close as possible to her original womb which was removed at birth.

Children whose genitals don’t typically align with the norm have for decades faced surgery to rearrange their anatomy to resemble that of more typical boys and girls – long before they are old enough to have a say in the decision.

Intersex genitalia can be surgically changed for an array of reasons: to change appearance, to help urination or menstruation, improve fertility and sexual function, or ward off potential medical complications.

Intersex activists have long argued that the surgery is a violation of human rights and have called to outlaw the gender-alignment surgery.

Luna states in her GoFundMe appeal: ‘So I was born intersex as a hermaphrodite, and they did surgery at birth (cut out my womb and sewed me up). And my parents raised me as a boy. I learned this later in life, and started HRT which has saved my life.

‘I’m starting to really want surgery to help put me back together, but I don’t want to take away from what I have.’

Luna said: ‘I’ve always felt so unwell and hormonally imbalanced because of having my uterus removed – my body running on too much testosterone is like trying to put diesel in a petrol car when oestrogren is my petrol.

‘Now I take medication for hormone replacement therapy and it has saved my life, but I hope to not need it eventually.

‘Getting a uterus transplant would mean the world to me – it would mean I could possibly carry my own child one day, which would be an honor and a blessing.’

Luna felt different to other children from a young age, even before she knew that she was born intersex, and felt more drawn towards stereotypically female clothing and activities.

This contrast with her assigned gender, as well as the inability to connect with other children, led her to become a target for bullies and the victim of violent attacks as a secondary school child.

She said she was ‘made fun of’ by peers in school where she grew up in Georgia for being feminine, and added her parents ‘didn’t like it’. 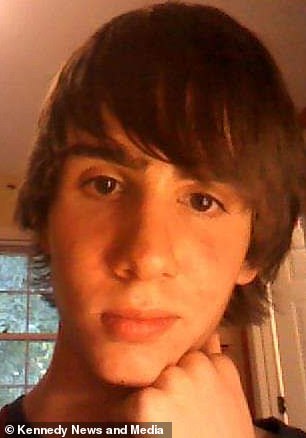 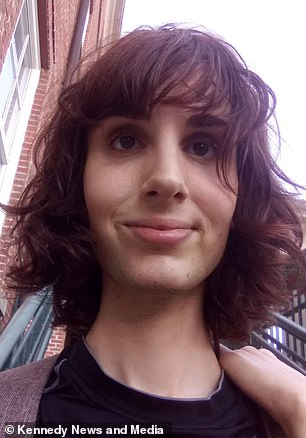 Luna (left, presenting as male as a teenager) felt different to other children from a young age, even before she knew that she was born intersex, and felt more drawn towards stereotypically female clothing and activities. Now (right), she wants surgery to ‘put her back together’

She said: ‘I was forced to play sports with the boys which I hated, I’d rather play with dolls or watch princess movies and I would wear makeup things that looked more feminine when no one was around.

‘It wasn’t until I turned 21 that I was able to have the freedom to express myself properly and that was a turning point – all of my fear and self-loathing went away and I love myself now, which is so freeing.’

Luna now hopes to raise awareness of intersex people and to encourage others to be more accepting of different gender identities.

She said: ‘I want to see the world become a place where everyone is free to be who they want to be.

‘Everyone, including trans and intersex people, should have the right to their own body – changing your body doesn’t hurt anyone.

‘We should all be able to be our authentic self.’