People have been opting for comfort over style during lockdown, and for many women that’s amounted to not wearing a bra when they don’t have to leave the house to work or socialise.

And after more than a year to get accustomed to the feeling of going braless, many have sworn not to go back to wearing underwear as life goes back to normal.

One Instagram model from London told Femail that she doesn’t think bras are ‘necessary’ anymore, while another woman urged people to opt for what’s ‘comfortable’ after she stopped wearing ‘painful’ underwired bras.

It comes as women across the world have been taking to Twitter and Instagram to reveal that they have binned their bras during lockdown to be comfortable while spending more time at home.

Here, FEMAIL reveals why bra wearing could be an unexpected casualty of the pandemic.

I FIND BRAS IRRITATING BECAUSE THERE ISN’T A PERFECT FIT 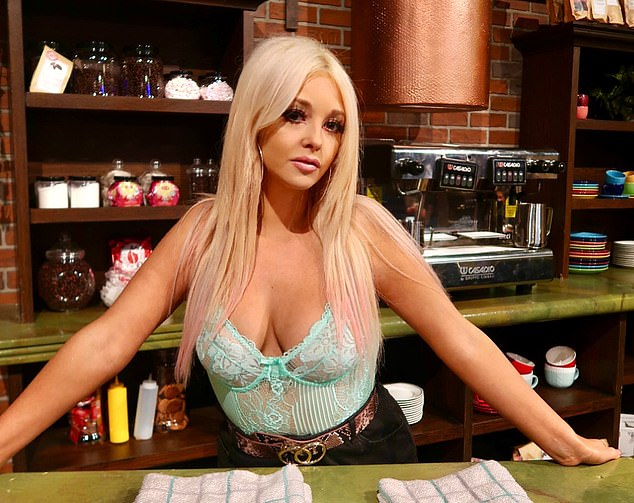 Jodie Weston, 27, from London, told Femail that she stopped wearing bras just weeks into the first lockdown last year and plans to continue the habit as lockdown lifts because she feels more ‘at one’ with her body.

The influencer, who appeared on Channel 5’s Rich Kids Go Skint, said bras often give her back pain due to her hypermobility, which is when people get pain from having flexible joints.

Jodie explained: ‘I find them [bras] to be sometimes uncomfortable because I get a lot of upper back pain from being hyper mobile. I think it’s good sometimes to go bra less for a few days of the week, it feels more free.’

She continued: ‘I actually had less back pain, because the pain I get is in my upper back around the shoulder area so I think especially when the straps are tight it actually increases the pain in my upper back.’ 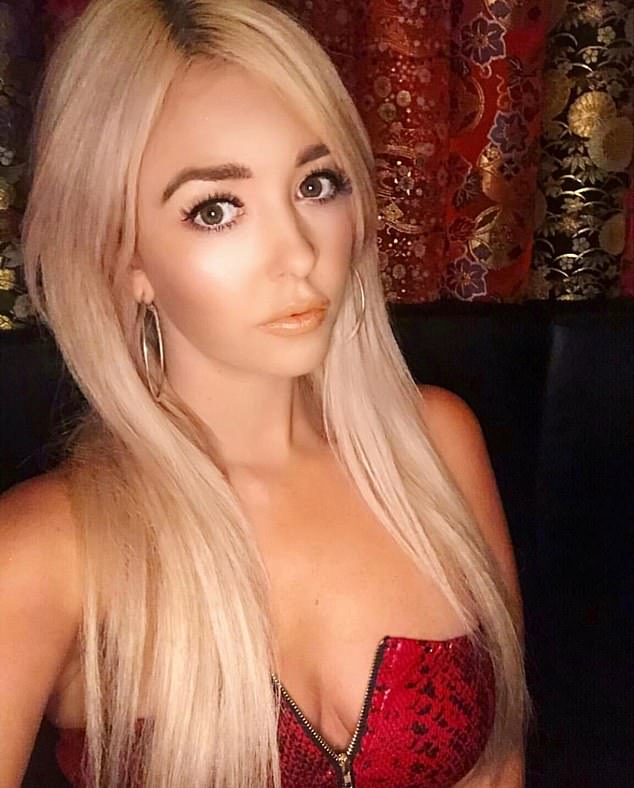 The radio presenter said she felt ‘more comfortable’ not wearing bras and felt ‘at one’ with her body, as well as reducing her back pain due to her hypermobility 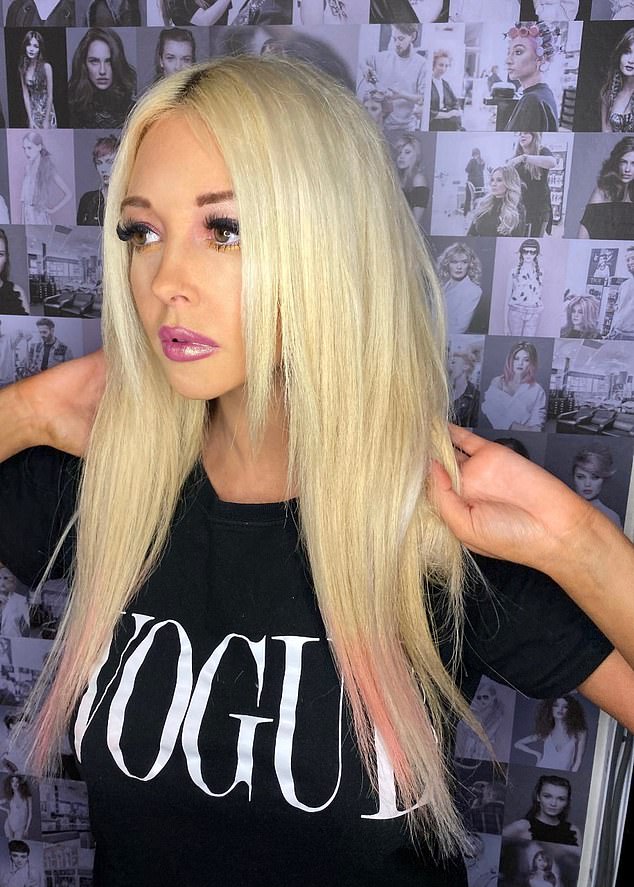 Jodie said the advantages of not wearing a bra for her were less shoulder pain, while she said the downside was not having ‘full and perky’ breasts

Jodie admitted that she doesn’t think bras are ‘necessary’, however, the downside is that your cleavage doesn’t look ‘full and perky’.

She explained: ‘The pros for me are less shoulder pain, more freedom and not having to keep an eye on the straps if they keep falling down.

‘I find bras quite irritating sometimes, they’re either too tight or too loose, it’s very hard to find that perfect bra because most women’s weight also fluctuates.

‘The cons are obviously unless you have very perky or smaller breasts then you may not have the perfect silhouette figure with all your clothes on that you had before taking the bra off because bras keep your breasts looking full and perky.’ 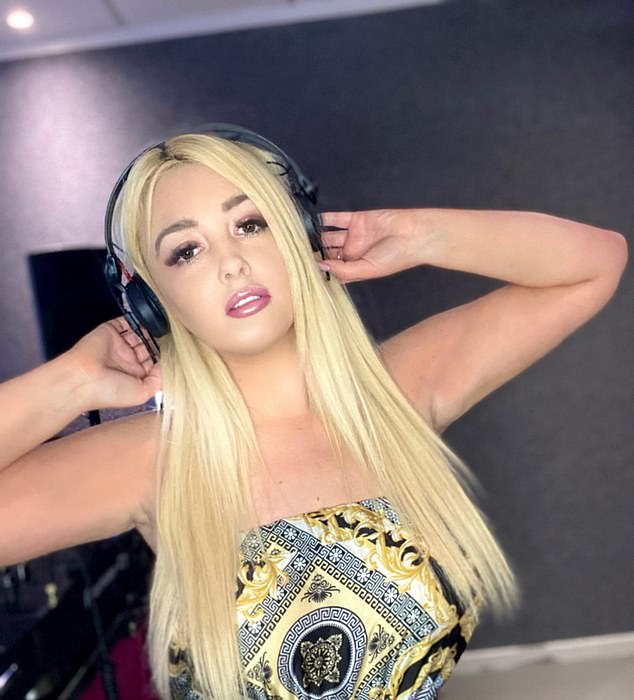 After ditching her bras during lockdown, Jodie admitted that she finds bras ‘quite irritating’ and plans to wear them much less going forwards 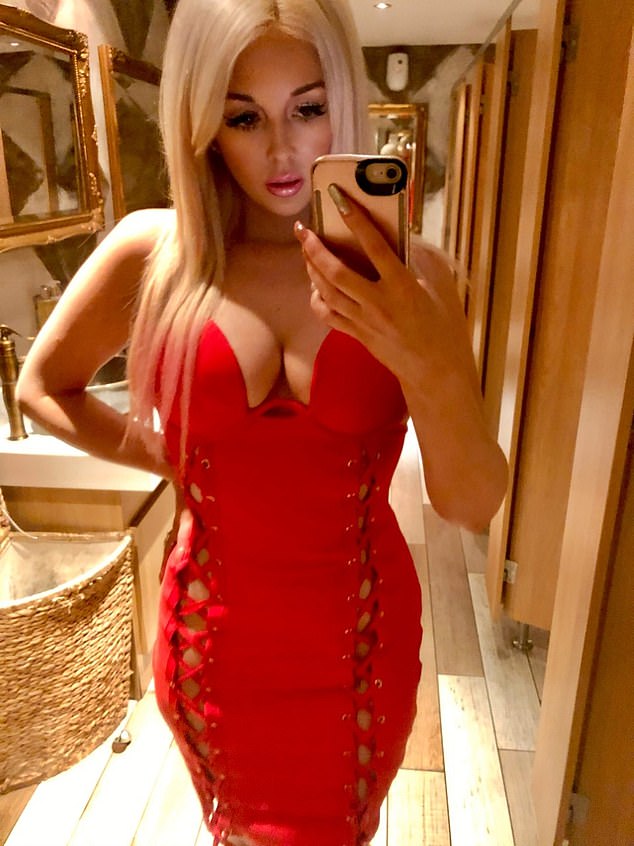 Urging other women to give going braless a try, she added: ‘I always say you should do what makes you happy in life.

‘Maybe give it a go for a few days and see if you feel more comfy or if you just feel a bit over exposed.’ 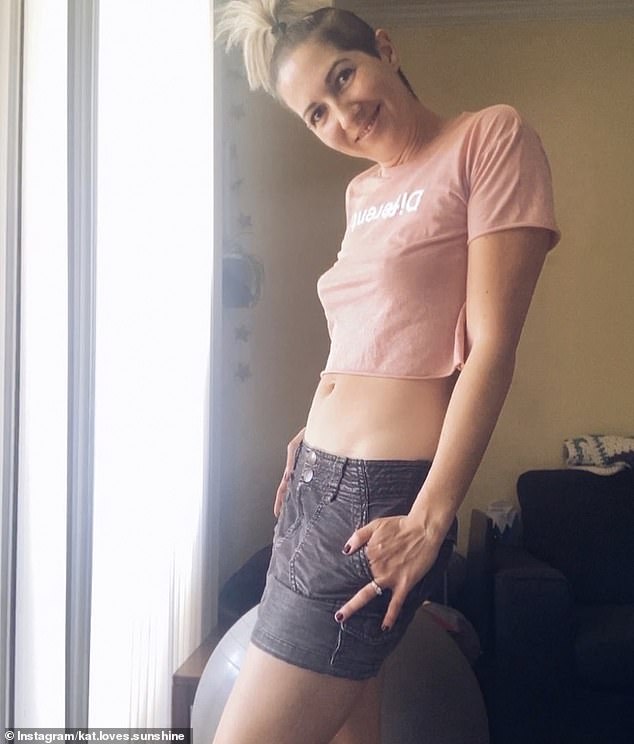 Women have been taking to Instagram to reveal that they have binned their bras in lockdown, while Kat Parks from Miami asked people for a ‘a good reason why women are expected to cage their breasts in oppressive bras’ 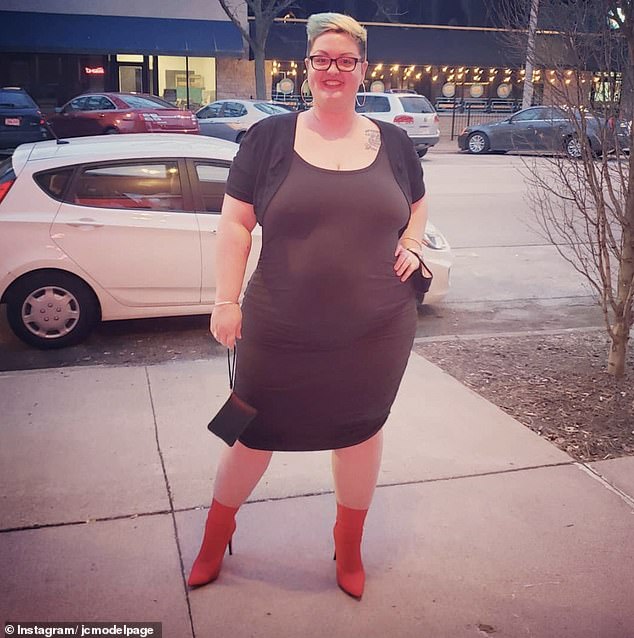 Meanwhile, JC Page shared her own braless snap as she urged others to ‘normalise not wearing a bra’ in a caption alongside her Instagram post 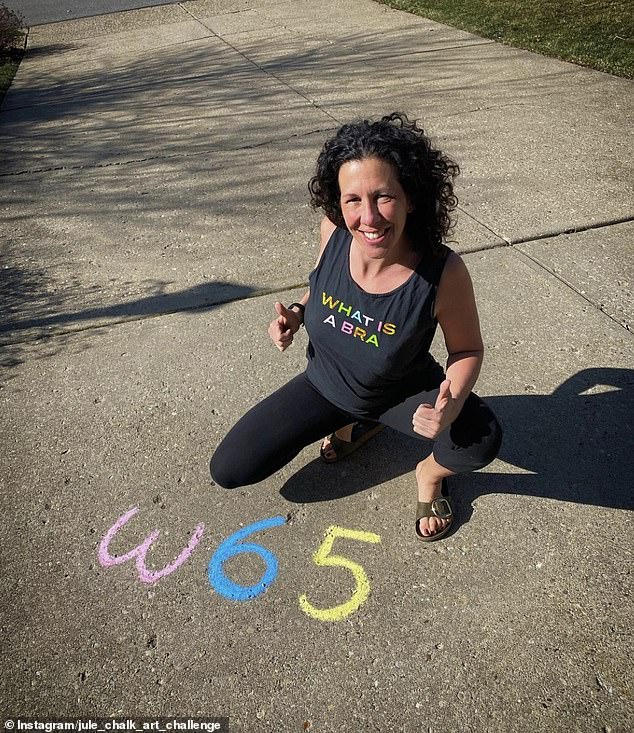 Another woman from Pittsburgh, Pennsylvania, took to Instagram on March 19 to reveal that she has been ‘bra free’ for a year, writing : ‘365 days brafree!!! And continuing… Let freedom reign’

WHY ARE WE WEARING PAINFUL UNDERWEAR?

Michelle Vickers, 56, from London, said she stopped wearing underwired bras during the Covid-19 lockdown and urged other women to ditch ‘painful’ bras in favour of something more comfortable.

The CEO of the Head and Neck Cancer Foundation said before lockdown, she would constantly have a dent in her shoulder from ‘uncomfortable’ underwire bras, a problem which disappeared when she stopped wearing ‘proper bras’ in lockdown.

She revealed that she will ‘never’ go back to sporting the ‘agonising’ bras that she used to wear after switching to more comfortable alternatives during lockdown. 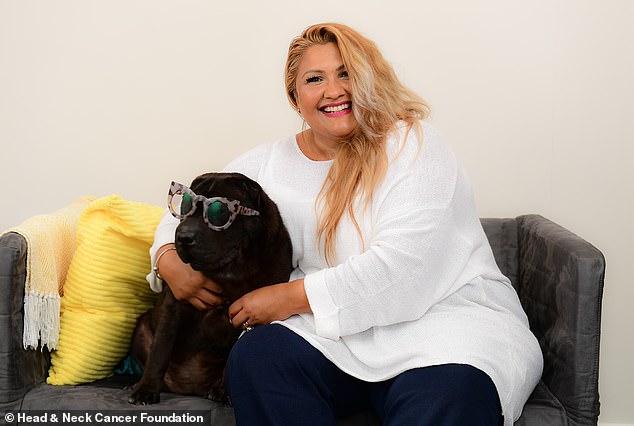 Michelle Vickers (pictured), 56, from London, said she has stopped wearing underwired bras since the Covid-19 lockdown hit and urged other women to ditch their ‘painful’ bras 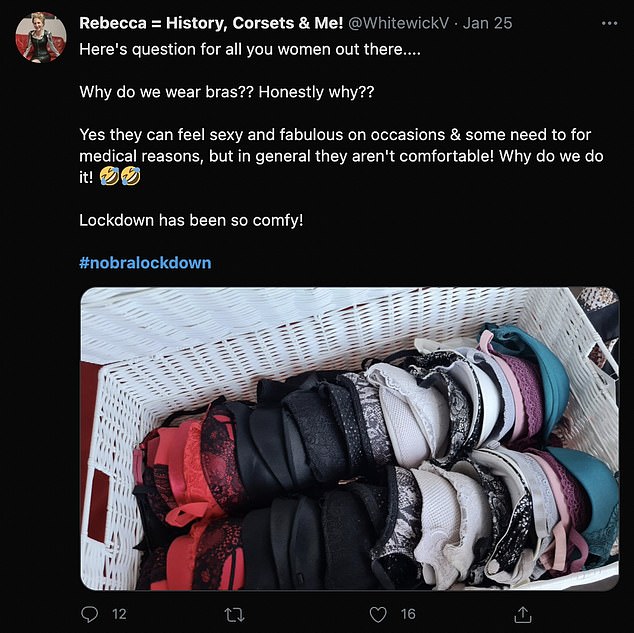 EXPERTS SAY GOING BRALESS MAY CAUSE DAMAGE TO COOPER’S LIGAMENT

Victoria Shelton, Garment Technologist at www.Figleaves.com, told FEMAIL that if breasts are unsupported they could suffer damage to the Cooper’s Ligament, the connective tissue in the breast that help maintain structural integrity.

Garment Technologist Victoria said: ‘Our wardrobe needs have changed as we find ourselves at home. But we all still need to wear a bra as our breasts need to be supported – due to their weight you may damage your posture or have back pain if your breasts aren’t fully supported.

‘If breasts are left unsupportive damage can occur to the coopers ligament in the breast, causing them to sag.’

And Dr Riccardo Frati of Frati Cosmetic Surgery explained that bras are important in maintaining support as breasts tend to sag over time due to gravity and age.

He told FEMAIL: The bra will always support and hold up the breasts and not wearing one can affect the Coopers ligament. Breasts will also naturally sag over time due to age and gravity.’

Meanwhile Anna Akerlund, head of sales at Luxury French underwear brand Lousia Bracq, explained that going without a bra could affect your posture – especially for large breasted women – and the shape of your breasts.

She said: ‘There are so many benefits and few excuses not to wear a well fitted bra; posture, comfort and the enhanced curvature.

‘Putting on a well fitted bra should feel like you are not wearing a bra. Everything held in the right place with the right amount of support to the breast and shoulder that also provides an enhanced shape. This is especially important for women who require larger cup-sizes.’

Michelle said although she has not gone braless, because she needs to wear bras everyday as she is ‘big busted’, she has swapped her underwire bras for ‘comfy’ and soft T-shirt bras.

She explained: ‘Before lockdown, I used to have that dent in my shoulder and I don’t have that anymore.

‘And I had thispermanent dent in my shoulder, which I don’t have anymore! And it’s simply because for the last year, I have not been wearing proper bras.

Michelle explained that lockdown made her realise she doesn’t want to wear bras that cause her pain, saying she believes other women will feel the same way as they return to in-office working.

The Women’s Aid trustee continued: ‘I don’t want to spend a minute having to think about it and run my hands under my boobs where it’s digging into me or rubbing my shoulders because of the strap marks.

She added: ‘Let’s be more thoughtful about our underwear and the need for it. If you don’t need to wear a bra, don’t bloody wear one.

‘Even if you’ve got big boobs and you feel comfortable without one, just don’t wear one.

She added: ‘I asked my other girlfriends, who are all different ages and shapes and sizes, and everyone of them said the same thing – that nobody is wearing ‘proper’ pre-lockdown bras and that everyone has gone to these soft bras.

‘Which to be really honest if I’d seen someone in one of those soft bras I would have said “what’s wrong with them, why aren’t they looking after their breasts properly and having them propped up properly where they should be”.

‘There’s other parts of you, including your personality, that’s more important than that.’