Woolworths has explained why it changed the name of its Anzac biscuits to ‘golden oat biscuits’ after a furious customer backlash.

Customers claimed online the supermarket giant abandoned the traditional name because some shoppers might have found it offensive.

But Woolworths said the name change was at the request of the Veterans Affairs Department and had nothing to do with ‘cancel culture’. 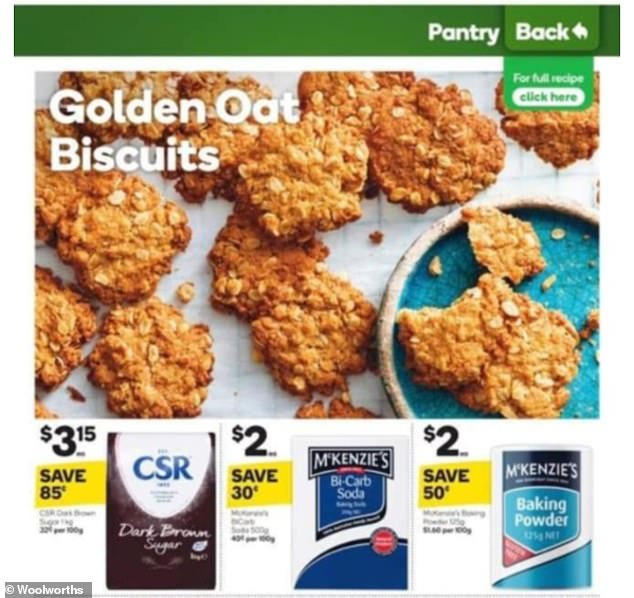 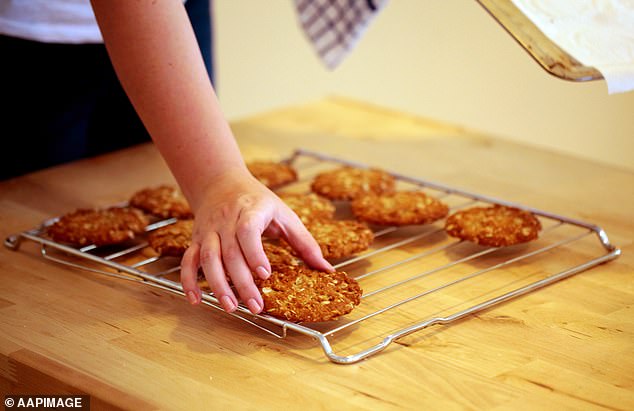 Why we bake Anzac biscuits?

During World War I, people at home in Australia often sent parcels to the Anzacs to show their support.

Parcels of food supplemented the soldiers’ plain diet of tinned ‘bully’ beef and hardtack, also known as the ‘Anzac wafer’ or ‘Anzac tile’.

Many care parcels included biscuits made from rolled oats, golden syrup and flour, which had high nutritional value and kept well while being transported overseas.

Source: The Department of Veteran Affairs

‘We didn’t have the relevant approvals to use the term for this particular recipe placement in the catalogue and wanted to ensure we respected the regulations,’ Woolworths said in a statement.

‘But we proudly stocked RSL Anzac biscuits, which help raise funds for veterans and their families, and have been through the required approval process.’

Under the rules, retailers need express permission to label a product with the world Anzac.

‘The use of the word “Anzac” in the commercial production and sale of Anzac biscuits is usually approved,’ the Department of Veterans’ Affairs website explained.

‘However, the biscuits must not substantially deviate from the generally accepted recipe and shape, and must be referred to as “Anzac biscuits” or “Anzac slice” (not ‘Anzac cookies’). 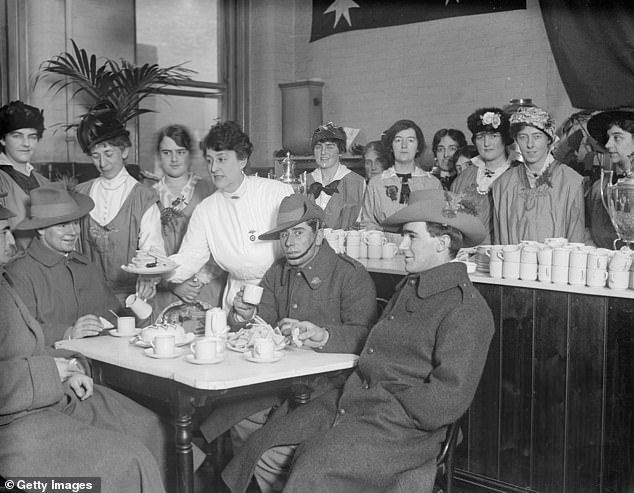 Melt butter (or margarine) and syrup.

Mix dry ingredients in a bowl, add the liquid mixture and stir.

Place small balls of the mixture (about 1 teaspoon) onto a greased tray.

Bake for 20 minutes or until lightly brown.

Lift biscuits onto a cake cooling rack and wait for them to cool.

‘Where a recipe or the finished product substantially deviate from the generally accepted form (e.g. include ingredients such as chocolate or fruit), the manufacturer should consider renaming them so that the word “Anzac” is not used.’

In the case of Woolworths ‘golden oats biscuits’ the recipe slightly varied from the traditional version, so they were not granted permission to use the word.

‘I live to see all the people blaming the “woke cancel culture snowflakes” in the comments when in reality it is Veteran’s Affairs preventing them from using the word due to the recipe,’ one social media user retorted.

Another said the online controversy was ‘another example of someone with too much time on their hands and trying to cause drama’. 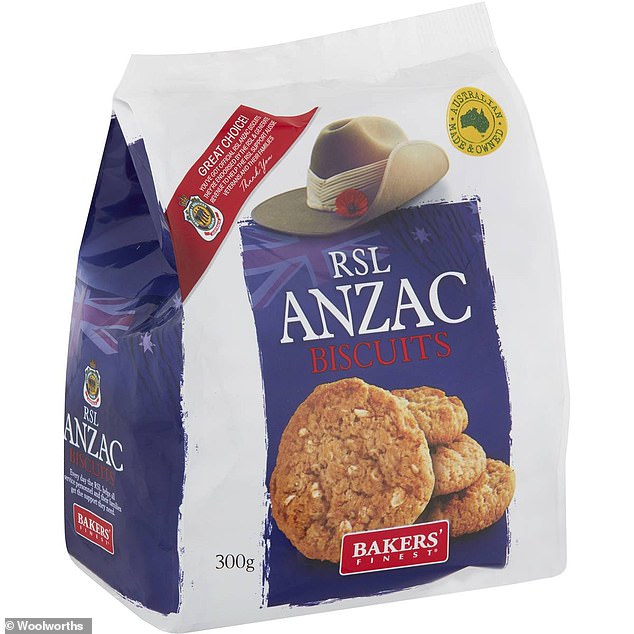 ‘We proudly stocked RSL Anzac biscuits, which help raise funds for veterans and their families, and have been through the required approval process,’ Woolworths said.

'The next two weeks are going to be hell,' doctor in India warns