A Woolworths manager has sparked outrage online after rudely texting one of their junior workers to ‘f*** right off’ in a nasty series of messages.

A casual female employee who worked at an unnamed Woolworths store texted her boss at 10am on Monday to tell them she couldn’t attend her midday to 5pm shift later that day.

The employee shared screenshots of her boss’ crude remarks on Twitter and sarcastically said, ‘Absolutely love my manager’. 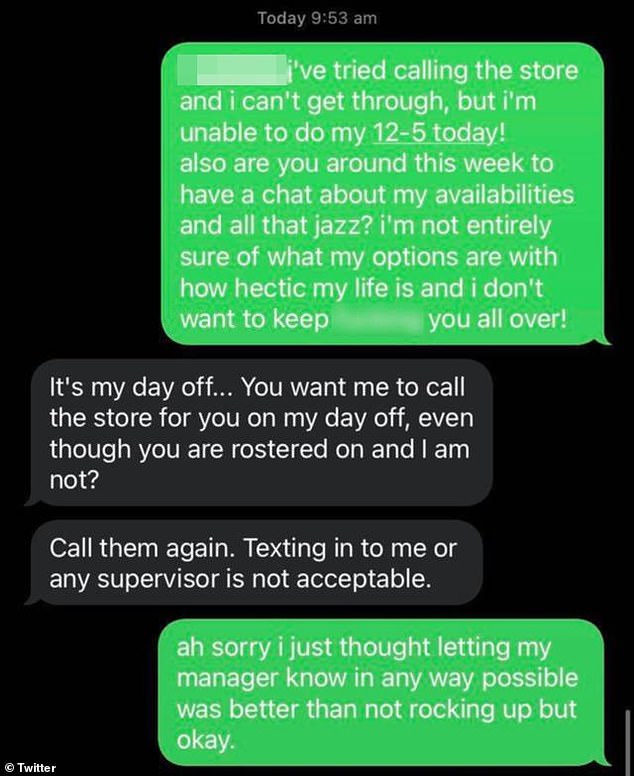 ‘I’ve tried calling the store but I can’t get through, but I’m unable to do my 12-5pm today,’ the Woolies worker wrote.

Her boss responded that it’s ‘my day off’ and that the worker should call the store again as she was rostered on for the day.

‘Call them again. Texting in to me or any supervisor is not acceptable,’ the manager replied.

The Woolworths employee apologised and said she thought it better to let ‘my manager know in any way possible’ rather than not ‘rocking up’ at all for the shift. 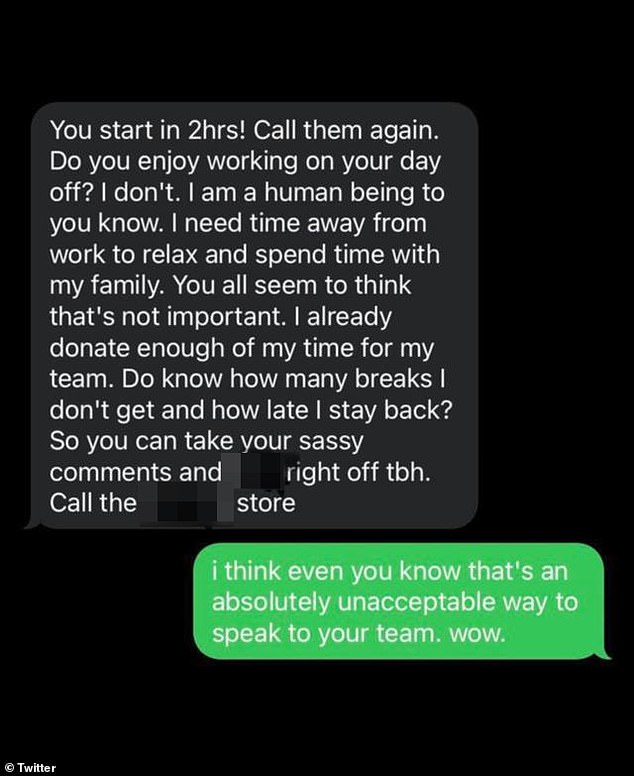 But her boss erupted in an expletive-ridden tirade and told the casual worker to call the store again as she starts in two hours.

‘Do you enjoy working on your day off? I don’t,’ the manager messaged.

‘I am a human being you know. I need time away from work to relax and spend time with my family.’

The manager continued to say they ‘already donate enough of my time for my team’ and questioned whether the employee knew ‘how many breaks I don’t get and how late I stay back’.

‘So you can take your sassy comments and f*** right off tbh,’ the manager said. 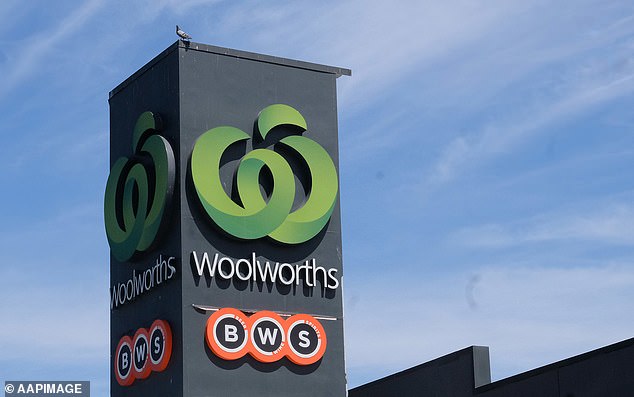 The Woolworths manager told the casual to call the store as it was her ‘day off’ (pictured: stock image of Woolworths store)

The worker was left shocked by the heated exchange.

‘I think even you know that’s an absolutely unacceptable way to speak to your team. Wow,’ she responded back.

It is understood that the female employee has since quit her job at the Woolworths branch.

Daily Mail Australia has contacted Woolworths for comment but it’s believed the business is aware of the messages and is investigating. 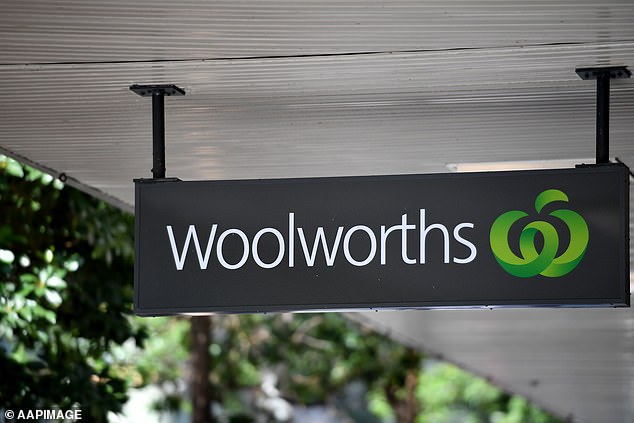 The casual female Woolies employee has reportedly quit her job since the text messages were posted to Twitter (pictured: stock image of Woolworths store)