Make sure your mask is on! Worker ensures giant inflatable Borat is covered up as he floats down Thames to promote his new movie

By Joseph Laws For Mailonline

A giant inflatable Borat dressed in a mankini has been sent down the River Thames to promote the comedy film’s new sequel.

The 40ft float of Sacha Baron Cohen’s character has been used to mark the release of Borat Subsequent Moviefilm on Amazon Prime.

The character is seen on the float wearing nothing but a disposable coronavirus mask and socks with his hairy legs and chest on show. A worker is seen making sure that the character’s mask mankini stays on. 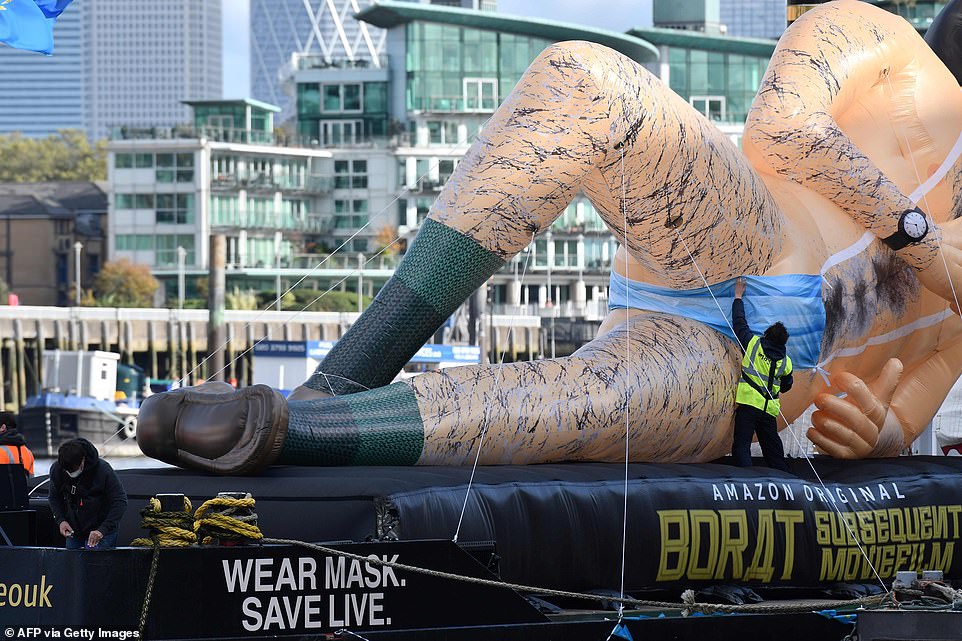 It has already generated a political storm over in the US where President Trump’s personal attorney Rudy Giuliani was secretly recorded for the film.

An actress in the film Maria Bakalova, 24, pretended to be a conservative reporter. Following an interview on coronavirus, Bakalova led the 76-year-old statesman into a hotel room, where he reclined on a bed and appeared to put his hands down his pants, before he was interrupted by Sacha Baron Cohen’s character.

‘She’s 15. She’s too old for you,’ Borat screams in the scene filmed in July, waving Giuliani off his ‘daughter’ Tutar.

Giuliani later pointed out, ‘I was fully clothed at all times,’ and told a reporter he was merely tucking in his shirt, not doing anything untoward. 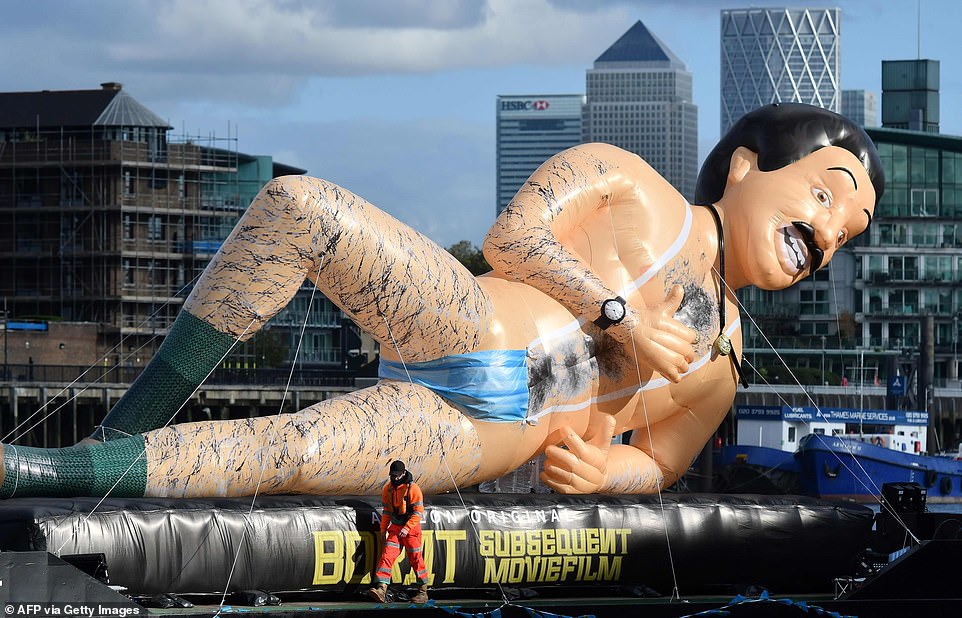 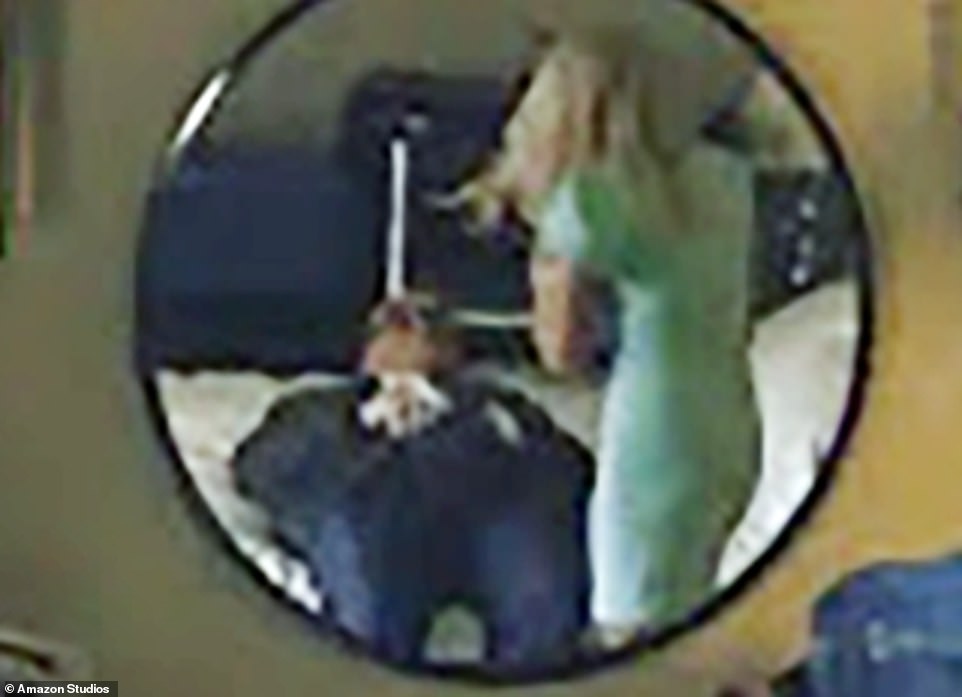 ‘I lean back and I tuck my shirt in and at that point they have this picture that they take, which looks doctored by in any event,’ the former mayor of New York told WABC radio Wednesday.

The float encourages Londoners to ‘Wear Mask. Save Life’. The first Borat movie, released in 2006, was a hit and raised the profile of actor Sacha Baron Cohen.

The actor went on to do more satirical films including The Dictator, which was released in 2012.

Borat is from a tiny village in Kazakhstan and goes to the US to make his own documentary, which forms the film’s basis of a mockumentary of Americans in real life. 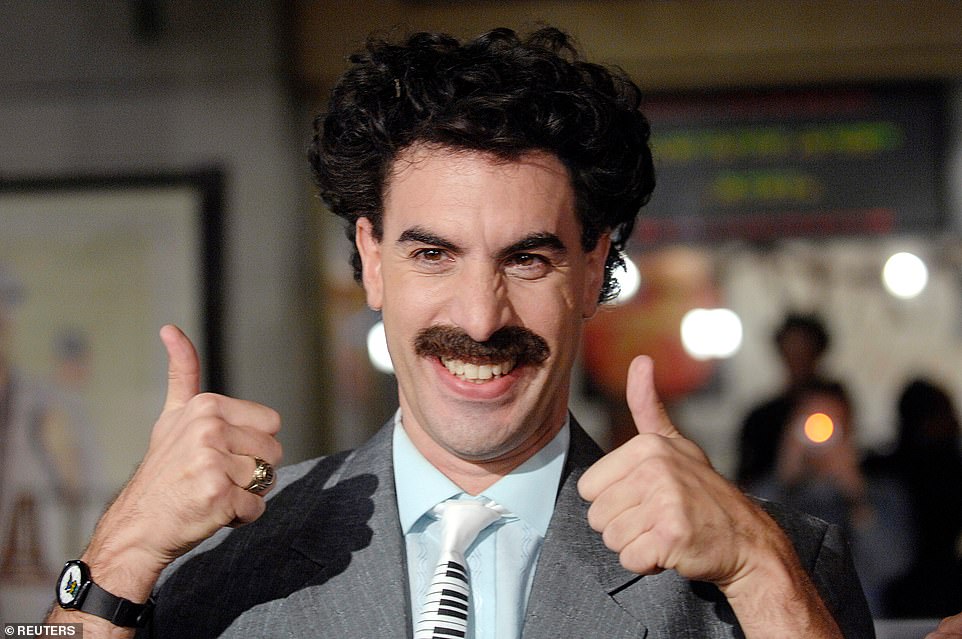 The float encourages Londoners to ‘Wear Mask. Save Life’. The first Borat movie, released in 2006, was a hit and raised the profile of actor Sacha Baron Cohen