World Cup qualifiers.. Brazil in a difficult confrontation against Peru 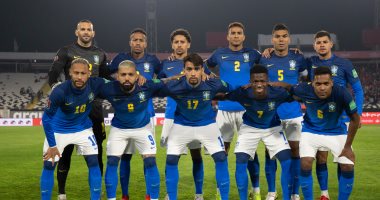 Brazil will host its Peruvian national team in a heated match, at 2:30 am on Friday, at the Arena Pernambuco stadium in Recife, as part of the 10th round of South American qualifiers for the 2022 World Cup.

The Brazilian national team enters tonight’s match, and is at the top of the qualifiers with 21 points, after winning the sum of its previous seven matches, while the Peruvian team is in seventh place with 8 points.

The South American Football Confederation (CONMEBOL) issued an official statement on the crisis in the confrontation between the Brazilian national team and its Argentine guest. In his statement, “By the decision of the match referee, the match organized by FIFA between Brazil and Argentina for the World Cup qualifiers was suspended.”

As for the Peruvian team, it seeks to win despite the difficulty of the task, in order to advance in the standings, to qualify for the 2022 World Cup, after returning to participate in the last World Cup 2018 after a long absence.

If you are on a diet, forbidden fruits to lose weight safely, most notably mango and plum