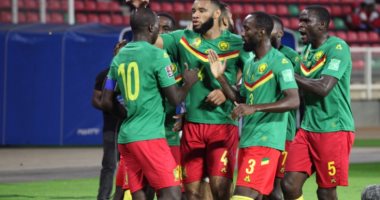 Côte d’Ivoire will host Cameroon in a fiery confrontation, at 9:00 p.m., at the Olympic Stadium in the capital, Abidjan, as part of the second round of Group D of African qualifiers for the 2022 World Cup.

Cameroon leads the group with 3 points, Cote d’Ivoire and Mozambique are second and third with one point, and finally Malawi is at the bottom of the group without a balance of points.

The Cameroon team had facilitated its qualifying campaign for the 2022 World Cup in Qatar, by defeating its guest Malawi, with a clean double, in the match that brought them together last Friday evening, at the Paul Biya Stadium, while Cote d’Ivoire and its host Mozambique tied without Goals.

The other match in the group will be between Malawi and its guest, Mozambique, at 3:00 pm on Sunday.

As part of the Group G matches of the African continent’s qualifiers for the World Cup, South Africa will host Ghana at 6 pm today at Soccer City in the second round.

In the first round, the South African team drew with its host Zimbabwe without goals, while Ghana achieved a difficult victory over its Ethiopian counterpart, with a goal in return, to top the group with 3 points.

Percy Tau, the new Al-Ahly striker, participated in the match with South Africa against Zimbabwe for 77 minutes from the start of the match, before being substituted.

The other match in the group will be between Malawi and its guest, Zimbabwe, at 6 pm on Tuesday.

Is the MU variant more contagious than the Delta strain of Corona? .. Know the answer