World Darts Championship is EXEMPT from ‘substantial meal’ rules and will host 1,000 fans


Britain’s biggest Christmas booze-up! The World Darts Championship is EXEMPT from ‘substantial meal’ rules and will host 1,000 fans at Alexandra Palace each night this month… but fancy dress is BANNED (apart from Xmas jumpers!)

Up to 1,000 darts fans will make their annual Christmas pilgrimage to Alexandra Palace for the World Darts Championship later this month – and will be allowed to drink alcohol without a substantial meal.

It was confirmed on Wednesday that the Government’s relaxation of Covid-19 restrictions will allow 1,000 fans to attend each night from December 15 to January 3, with four-seat tables on sale to households or support bubbles in Tiers 1 and 2.

But while pubs and restaurants can only serve alcohol with a substantial meal in the rest of the country, it has been revealed that the darts will be exempt from the rules, with fans able to drink at their tables without any food being served. 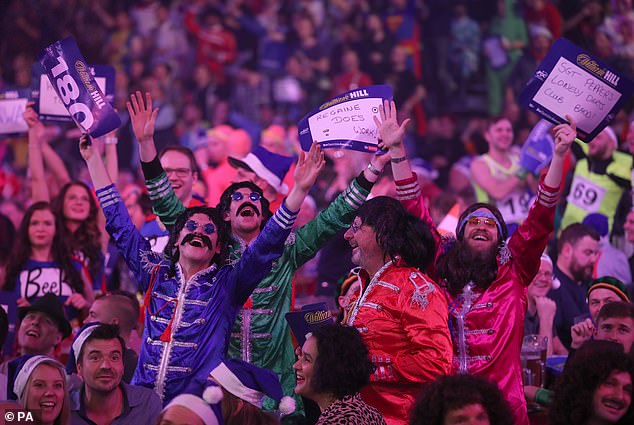 Up to 1,000 fans will attend the darts at Alexandra Palace each night, but they can’t dress up 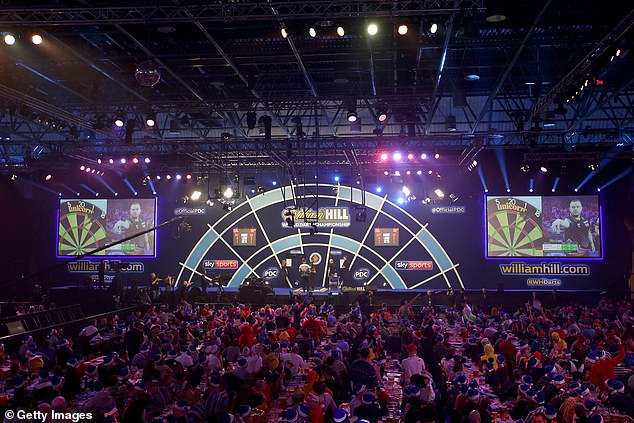 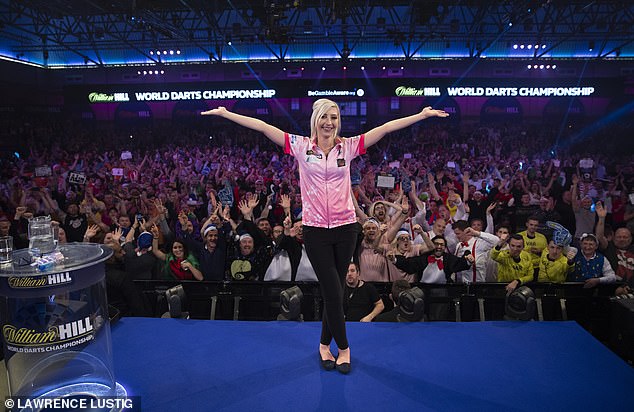 There will be no standing at the front as seen in previous years, with tables of four spaced out

The decision has led to much criticism on social media from pub-goers around the UK, with one arguing: ‘So you can sit with 1,000 people at the ally pally for the darts. But you can’t go down the local pub for a pint with a few others. No sense in these rules at all!’

It has been confirmed that despite being able to attend, darts fans will not be able to come in their usual fancy dress, while singing will be banned throughout.

The PDC also revealed that social distancing measures will be in operation throughout the venue, spectators will be required to arrive at specified times and through different entrances, while food and drink will be served directly to tables and booked via a dedicated App.

Spectators will be turned away if they arrive at Ally Pally in fancy dress – except for Christmas jumpers. 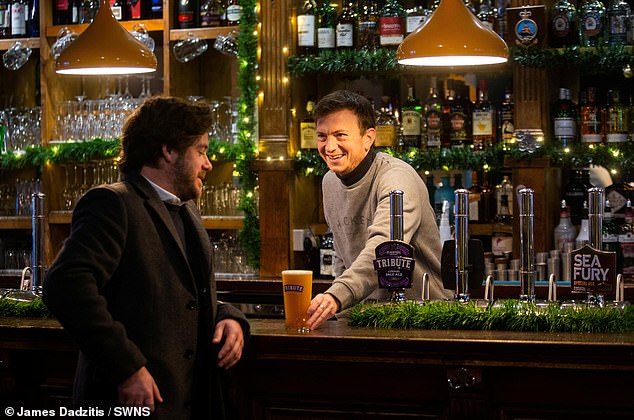 Pubs are being opened across Tiers One and Two, but a meal must be served with alcohol in most of the country. Pictured is the Five Degrees West pub in Falmouth, an area in Tier One 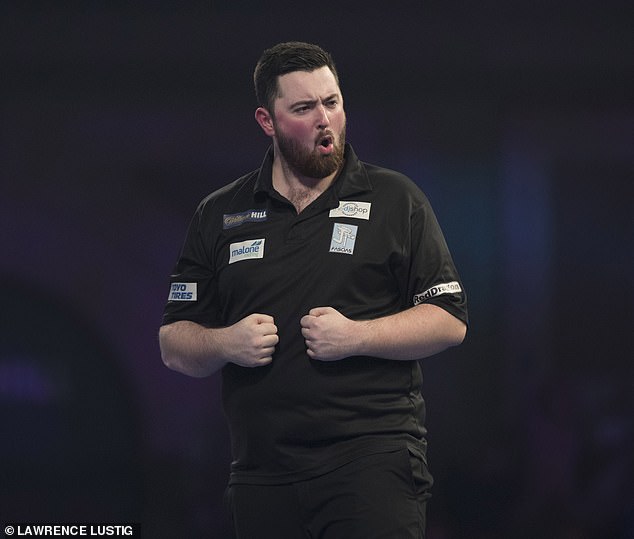 Fans do not have to wear masks when they are sat down and can cheer on the players, but they will be thrown out for any ‘football style’ singing.

From today, the Government are allowing 1,000 fans – or 50 per cent of a venue’s capacity if that number is lower – to attend elite indoor sports events in Tier 1 and Tier 2 areas.

As London is in Tier 2, the 3,000-capacity Ally Pally is able to welcome fans for the first time at a PDC tournament since February.

The World Championship runs until January 3 and tickets go on general sale on Friday.