Novak Djokovic will refuse to say whether he has had a Covid vaccine as the inoculation of players slowly gathers pace.

Last year the world No 1 declared his scepticism and caused an outbreak of the virus with the non-compliant conduct of his Adria Tour.

He clearly wants to avoid another rumpus during the official ATP Tour event his family are running in Belgrade this week, where he has reached the semi-finals. 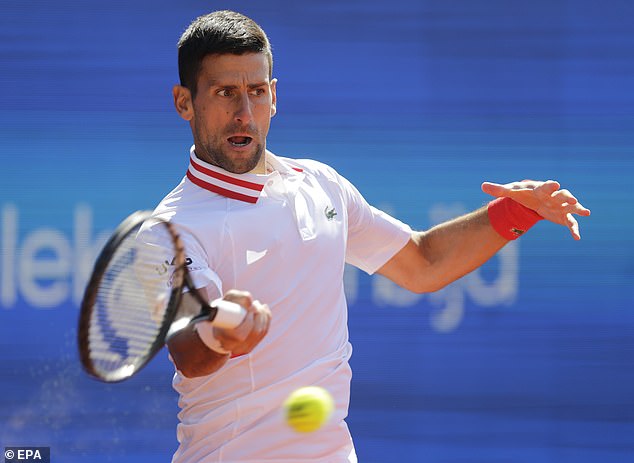 ‘I will keep the decision on whether I take the vaccine for myself,’ he said.

Possibly significantly, he added that he was glad players were not being compelled. ‘I don’t want to be labelled as pro- or anti-vaccine,’ he said.

First jabs have been offered by the tour to players in Belgrade and the uptake is believed to have been reasonably high. Some leading female players such as Ash Barty and Simona Halep have received the vaccine.

Meanwhile, at the Barcelona Open British No 2 Cam Norrie was unable to capitalise on recent shaky form from Rafael Nadal, who defeated him 6-1, 6-4 in their quarter-final. 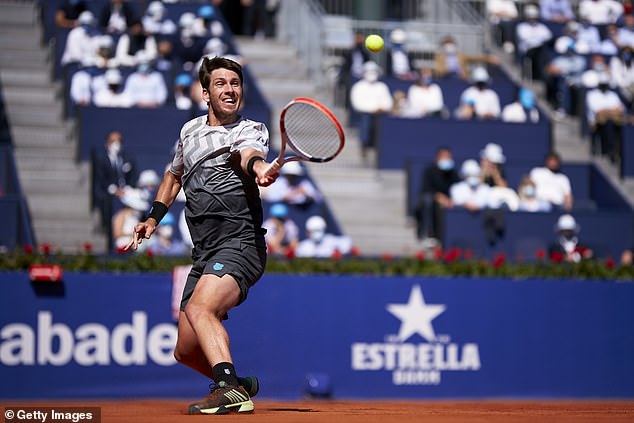 Both Dan Evans and Norrie have been having successful seasons in the absence of Andy Murray and Kyle Edmund. Murray is reported to have resumed hitting on clay in London this week, but has given no date for a planned return.

Edmund has had knee surgery and his realistic aim is to be back for the US hard courts, post-Wimbledon.

Norrie, who is on the cusp of a return to the top 50, has built a 14-8 record on the main tour in 2021, which included a respectable showing against Nadal at the Australian Open.

DOMINIC SANDBROOK: Labour isn’t working and will it ever again?

DOMINIC SANDBROOK: Labour isn't working and will it ever again?