WORLD OF GOLF: Tiger Woods and Rory McIlroy are masters of disaster as Augusta looms

It says everything about the sorry state of his game that Tiger Woods spent Monday actively contemplating whether to play the week before the Masters for the first time in his illustrious career.

Since his professional debut in 1997, Tiger has always opted to practice at home and enjoy the rest and seclusion leading up to the frenzy of Augusta week. But ahead of this Masters like no other, we find Woods out of form like never before.

On Sunday at Sherwood Country Club, where he’d won five times and finished runner-up on five other occasions in tournament play, he finished 72nd in a 77-man field. That makes it seven tournaments in a row stretching back to February where he has failed to muster so much as a top-35 finish. 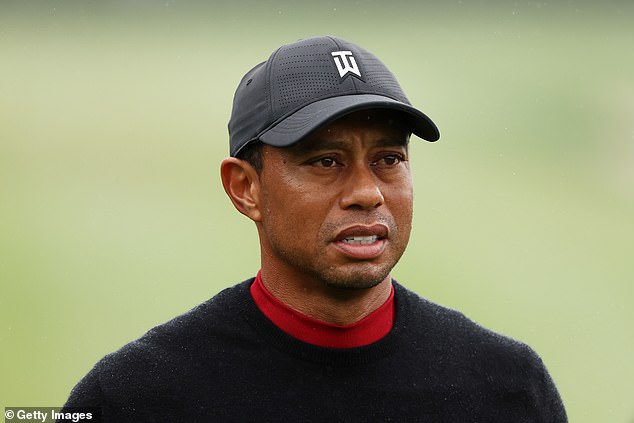 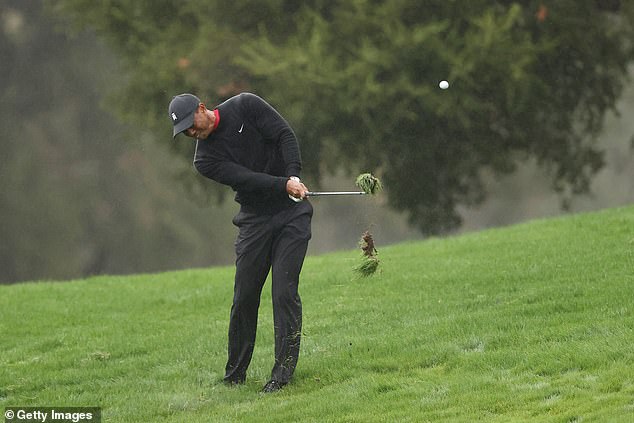 The 44-year-old Woods was way out of form on Sunday, finishing 72nd in a 77-man field

It is a dismal run without precedent for a man who will be 45 in December.

Tiger’s defence of the Zozo Championship last week made for truly pitiful viewing. On Sunday he was paired with Phil Mickelson. On a course that is now too easy for the modern bombers, the two greatest players of the last quarter-century shot an aggregate total of eight over par. No wonder plenty were reaching for metaphors about the invincibility of Old Father Time and the passing of the torch.

If concerns for Woods before his Masters defence in a fortnight are natural, what about the other leading man Rory McIlroy, and his latest quest to complete the career Grand Slam?

Leading up to two tournaments in Las Vegas and California, the Northern Irishman said his performances would be pivotal to his chances at Augusta. What he served up, alas, was simply more of the same since the end of lockdown — plenty of fabulous holes (he had no fewer than 29 birdies last week, a career-high) but way too many bogeys to be in contention. 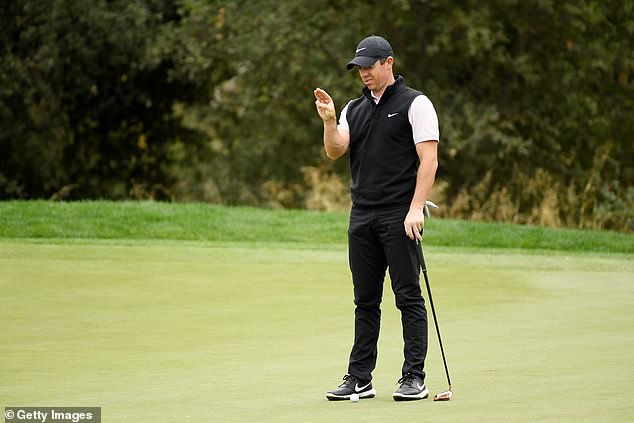 McIlroy’s preparations, meanwhile, were laden with errors, his form concerning in the build up

How often since the game resumed have we heard him lament the number of mistakes he keeps making? That’s a dozen tournaments now since June without a top-six finish, a stark contrast to the seven events before the break where he was in the top six each time.

McIlroy, who will not play again before the Masters, will head to Augusta for a reconnaissance mission later this week to try to gauge how differently the course will play compared to its usual April setting. The more urgent requirement, though, is a solution to his baffling inconsistency.

What hope, therefore, for the two players who have dominated the narrative at so many editions of the Masters? Given his physical problems back in March, it looked like the delay to November would be a good thing for Tiger, but he hasn’t come close to taking advantage. Still, it’s Augusta, and we know what happens to Tiger when he turns into Magnolia Lane. Maybe even this Tiger.

As for Rory, at least he will arrive as under the radar as he is ever likely to be at the Masters. His many supporters will hope the relative peace leads to a long-overdue week where brilliance is not undermined by buffoonery.

Worth punting on this mercurial left-hander…

Looking for a handy each-way bet for the Masters? You could do worse than heading down to the bookies and investing a pound or two on the mercurial left-hander — no, not that one — Bubba Watson.

In two events on the West Coast played on similar greens to Augusta, the 41-year-old appeared to rediscover his mojo, finishing tied 7th and tied 4th.

We all know what Watson can do when he’s on form and a green jacket is on offer — even if it is six years since the last of his two wins. 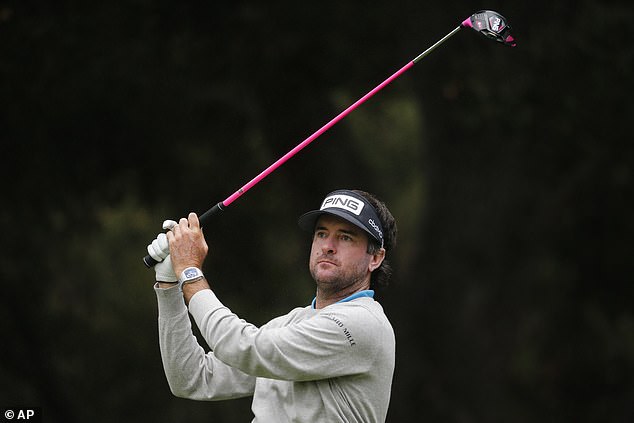 Why Bilic is a class dunce

Like most football fans, I applauded West Brom manager Slaven Bilic when he stood up last week and opposed the imposition of pay per view for certain Premier League matches. But then he went and let himself down. ‘Football is a working-class sport, not like golf or polo,’ he stated.

Isn’t it time we got past this lazy cliche? Look around your own dressing room, Slaven, and ask all those working-class boys what their favourite sport is after football. Indeed, is there a Premier League footballer who isn’t found on the golf course when he’s not at the training ground?

At my home club on the Wirral, factory workers tee off each week with financial advisers, teachers with taxi drivers. Since the end of lockdown, the game is booming at club level — partly because working-class football fans who can’t go to games are spending their money at the driving range or the golf course.

If you think golf these days is a sport played just by men with a love of a jacket and tie, you really aren’t paying attention. 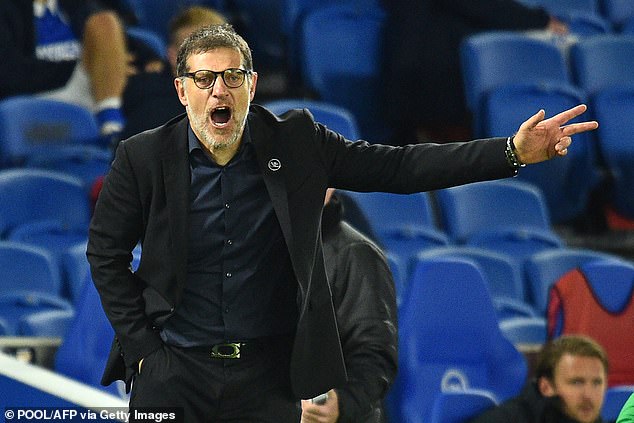