The extension of main tour events in Australia through to mid-February is being strongly considered as tennis continues to grapple with the fallout from the Coronavirus crisis.

Tennis Australia is prepared to lay on more tournaments after next season’s opening Grand Slam if requested by the ATP and WTA Tours, who remain unsure about whether their normal schedules will be feasible in the first half of next year.

The world’s leading players usually head off to events in North and South America, or indoors in Europe, once they are finished at the Australian Open in Melbourne. 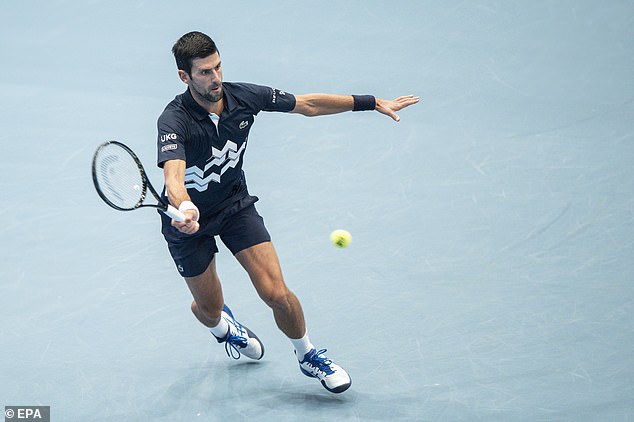 But some are already in doubt and, in a wide-ranging interview with Sportsmail, influential Tennis Australia Chief Executive Craig Tiley revealed that they are ready to extend the season Down Under if tournaments are unable to take place elsewhere.

During a sober assessment of the prospects for the medium term, he added that planning is already in place for normality not to return to the Australian Open for at least another two years.

It could mean, this time around, that 2021 will kick off with a glut of events in Melbourne, if complex quarantine issues cannot be resolved across the huge southern Continent.

‘We are talking about the possibility of having a couple of events after the Australian Open,’ said Tiley. ‘It’s an open conversation right now with the tours. I am of the view that we are still going to be significantly challenged on freedom of travel and by lockdowns in February and March next year. 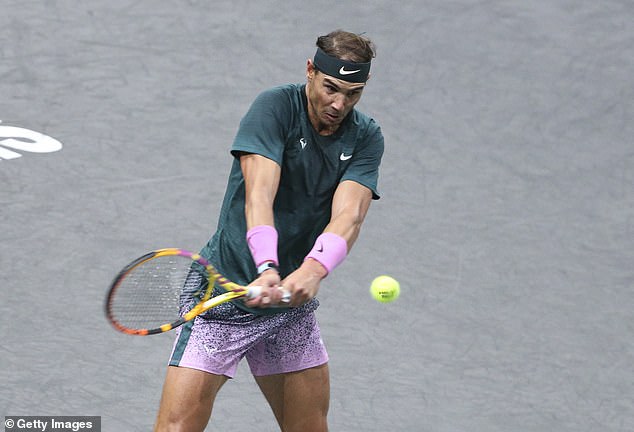 ‘We want to maximise playing opportunities and ideally we want everyone to play at least one event plus the Australian Open, but it could be more.’

Time is running out for the usual programme of events across Australia in January to be sorted. Answers are needed by next week as players will need to arrive in mid-December if they want to be free to play from January 1 after doing two weeks of quarantine, during which it is intended they can use practice facilities within a bubble.

The biggest challenge for those organising it is negotiating with the different jurisdictions under the country’s federal system of government.

‘Right now the state borders are not open, they’ve been closed for more than six months,’ said Tiley. ‘We need a guarantee that for instance, if you were playing in Brisbane and all of a sudden 100 new cases cropped up, would you then require a new two-week quarantine coming from there into Melbourne?

‘We said from the beginning that if quarantine plans are approved across the states then we can play across the cities, otherwise we have to contract everything to Melbourne, because that’s where everyone has to be in late January.’

The ATP Cup team event, which in January featured 24 nations, may not be able to happen if everything is centred on Melbourne, and if it does it may be down to just eight nations. Instead there could be a series of main tour level events taking place on the 31 courts available at Melbourne Park.

It is these which could be extended by adding further main tour events until the middle of February if the Corona crisis rules out the subsequent stops in the Americas and Europe.

‘Our biggest advantage is that once quarantine is done players will be able to move around freely,’ said Tiley. ‘You can go out to restaurants, to the cinema, you can do what you want. But first of all our priority is protect safety. 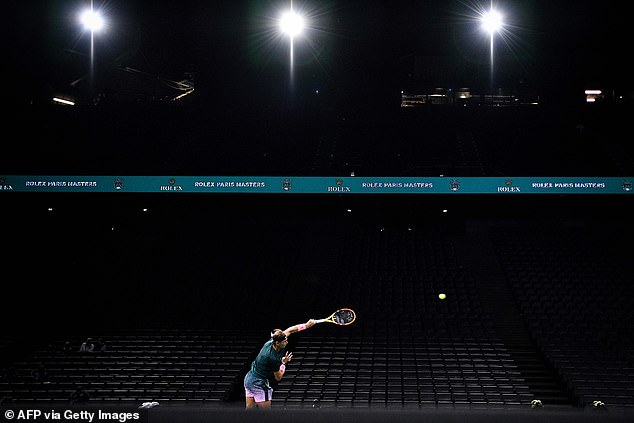 ‘The difference between us and the US Open was that the virus was in a lull then at the end of the first wave, while now we are going to have players coming from hotspots. On average there are going to be positive cases who arrive, so that has to be managed first of all.’

Having managed the ongoing ascent of the Australian Open to at least the equal of the other three Grand Slams, and also helped launch the Laver Cup, Tiley is viewed as arguably the most influential administrator in world tennis.

While optimistic about the grass roots of the game, his chastening outlook for the professional side in the short to medium term carries weight.

‘I’m of the view that these current adjustments will last longer than we think,’ he said. ‘We are already talking about different (Australian Open)scenarios for 2022, because we don’t think we will be repeating 2020 (the ‘normal’ Grand Slam event which took place in January) until at least 2023 or 2024.

‘That’s how we are managing our risks and our cash flow. Professionally we need to be realistic and manage players’ expectations on money and opportunity and make sure that events can be sustainable for the future.

‘The reality is the money that is going to be available will be significantly compromised. I think the stronger events will survive, and those that were carrying a heavy financial load will not. It’s unrealistic to think that it’s not going to change. Even if you had a vaccine in March it is still going to be challenging for half of next year.

‘The one thing I don’t want to happen is that somebody gets sick because of tennis and then loses their life. I don’t think that has happened in sport but if it does that is going to change the dynamic for everyone. Then you are talking about a whole different level of risk and perception.

‘I’m still very optimistic about the sport of tennis and in some ways it’s a huge opportunity, it’s a gift for our sport. It’s a sport that can be played safely and in Australia we’ve seen 160-170% growth in online bookings, every club is seeing a growth in participation, which will be good for the future.’

Premier League: Can you name every other team to go top of table?

Premier League: Can you name every other team to go top of table?

Coronation Street: Fans fear Sally Metcalfe is LEAVING the soap as she puts her house up for sale

'We have planted a seed, the tree is growing': Ole Gunnar Solskjaer is turning into Eric Cantona

National Dog Show 2020: How to watch, plus meet the contestants

In 2018, Keidanren, the federation representing many of Japan's largest companies, announced that by March 2021...