Would YOU splash £120 on a steak? FEMAIL tries Britain’s rarest Rib-eye made from cows fed on beer


Would YOU splash £120 on a steak? FEMAIL tries Britain’s rarest Rib-eye made from cows fed on beer which is 30 times dearer than a supermarket cut

A gourmet butcher is selling a rare cut of meat dubbed Britain’s most expensive Rib-eye – costing £120 a slab.

The rare Japanese wagyu steak costs a whopping 30 times more than the supermarket equivalent and is made from beer-drinking cows.

The mouth-watering meat, which hails from the Gunma region near Tokyo, has been given an incredible A5 rating – awarded to just one per cent of Japanese beef.

It also has an impressive beef marble score of 12, making it even more unique. 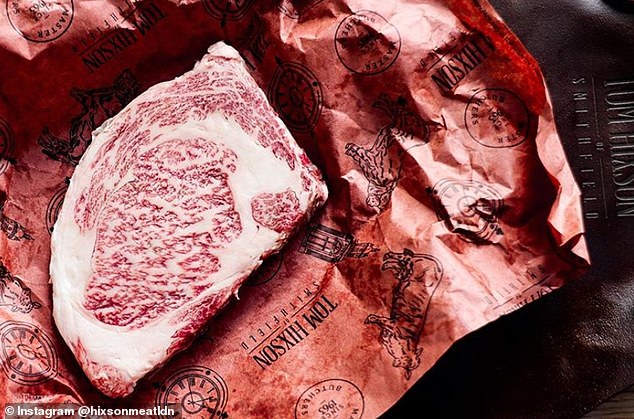 The sought-after steak is only available from high-end London butchers Tom Hixson of Smithfield, which was founded in 1963.

Farmers who produce wagyu only harvest four cows at one time, so they can dedicate themselves to making sure the meat is perfect.

Rumour has it the animals are massaged regularly and even enjoy the occasional beer to increase the inter-muscular fat which gives wagyu its distinctive rich flavour. 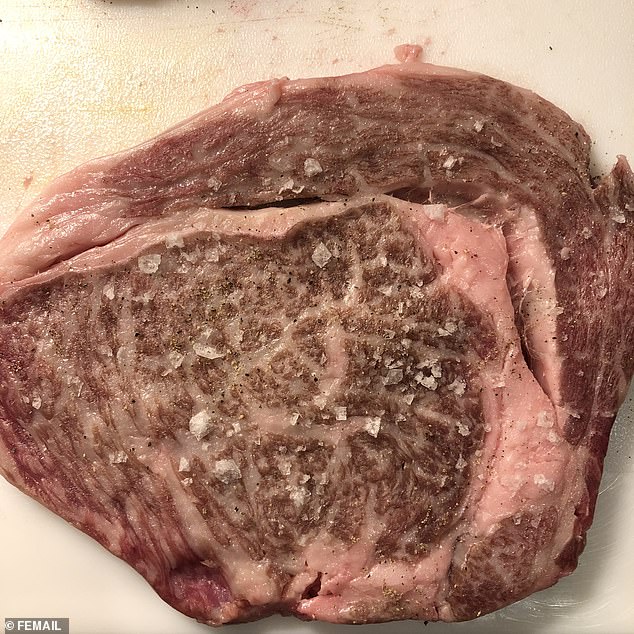 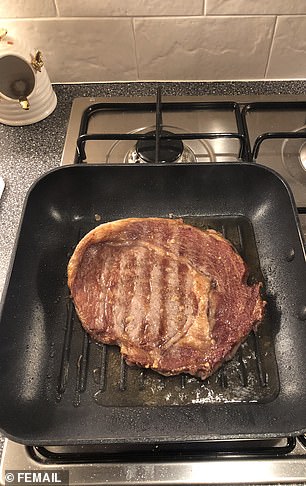 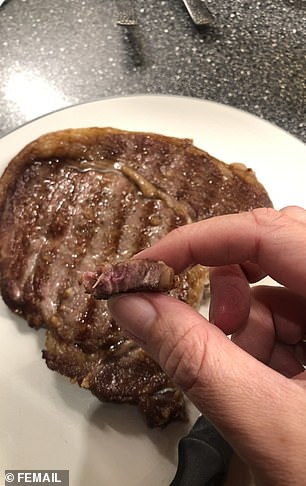 The mouth-watering meat, which hails from the Gunma region near Tokyo, has been given an incredible A5 rating – awarded to just one per cent of Japanese beef. FEMAIL put it to the test 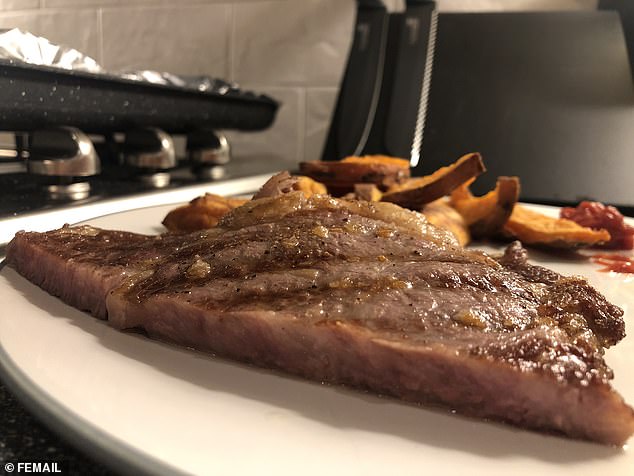 FEMAIL’s verdict: ‘The meat was astonishingly tender; it cut like butter and was quite unlike any steak I’d tasted before. It really did melt in the mouth’

The steak from Tom Hixson, which supplies meat to Eton College, comes in a 250g slab costing £120. 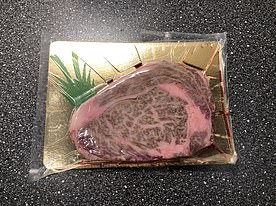 On first appearance, this steak appears to contain more fat than meat thanks to its intense marbling, which may be a little off-putting for some.

Following the guidance of Harvey Ayliffe, executive chef at Bluebird Chelsea, I quickly transferred my seasoned meat from its vacuum pack to a sizzling hot griddle pan.

Within minutes the pan was laced with fatty juices which promptly set off the smoke alarm. With the cut being quite thin I flash-fried it for approximately two minutes on each side before transferring it to a plate to rest.

The meat was astonishingly tender; it cut like butter and was quite unlike any steak I’d tasted before. It really did melt in the mouth.

I definitely couldn’t have eaten a whole slab and split it with my partner. The high fat content makes it incredibly rich, so I’d say it’s moreish, in moderation.

This isn’t a steak and chips kind of meat; this would be better served in strips with a light, fresh Japanese cucumber salad. But I’d definitely recommend trying it – if you can afford to shell out £120!

It is expected to be snapped up quickly by wealthy foodies, celebrities and chefs.

George Hixson, whose grandfather Tom set up the company, said: ‘This is by far and away the rarest Rib-eye we have ever had available.

‘There is not a lot of it around. The selection process is rigorous and it’s time consuming to create. Supply is extremely limited.

‘It’s so unique and so perfect that as soon as you take it out of its shrink-wrap it will decrease in value because air affects its texture.

‘This is not a normal supermarket cut. A 250g steak would be plenty and would satisfy your appetite because it is so rich.

‘Wagyu customers tend to be high-net worth business-people and private chefs.

‘A lot of people will buy for occasions so they will be having well-heeled guests over for dinner or they will use it all for themselves for a special occasion.

‘This is the most desired beef in the world and the centre piece on many Michelin star menus.’

Hixson’s have in the past delivered the most expensive steak in the world to a private chef at One Hyde Park, Britain’s most expensive property, worth around £160 million.

Gunma Wagyu cows are usually fed with wheat and corn and bred for three years which is about seven to eight times longer than regular cattle who are fed for 15 months.

The fact the cows graze on the rolling green fields of the region and drink from the Tone River is said to produce a delicate aroma of fat.

A5 is the highest possible ranking. Yield grade A to C is the ratio of meat to the total carcass weight and the meat quality grade is 1 to 5.

To purchase the steak, visit https://www.tomhixson.co.uk/japanese-wagyu-ribeye-2054.html

US presidential election: So what do the opinion polls say on the eve of the vote?