Chinese phone giant Xiaomi claims to have created wireless charging that can fully charge a smartphone in just 19 minutes.

Dubbed 80W Mi wireless charging technology, the system has not yet shipped on any smartphone.

For comparison, 30W Mi wireless charging technology, released last year, charges a similar battery to 50 per cent in about 25 minutes and to 100 per cent in 69 minutes.

The Beijing-based company says its charging technology is ‘an order of magnitude’ ahead of other smartphone brands, such as Samsung, Apple and Huawei.

Charging to full capacity in 19 minutes marks ‘an order of magnitude ahead of similar solutions offered by other smartphone brands’, Xiaomi said

‘The introduction of 80W Mi Wireless Charging Technology is expected to set a new benchmark not only in the area of wireless charging but in charging as a whole,’ the firm said in a blog post.

‘Xiaomi has been spearheading this trend by recognising the importance of battery life and faster charging for the future development of smartphones.’

Xiaomi told MailOnline that the technology is still at the research and development stage and is not ready to be rolled out on an Xiaomi device.

‘Xiaomi are keen to ensure it performs smoothly in mass usage conditions,’ a company spokesperson said.

Wireless chargers are rated by output in watts (W) and anything from 18W is considered fast charging.

In August that record was broken by Xiaomi’s first mass-produced 50W wireless charging technology, which featured on the Mi 10 Ultra smartphone.

This gives a full charge to the device’s 4,500mAh battery in 40 minutes and is the fastest wireless charger on the market. 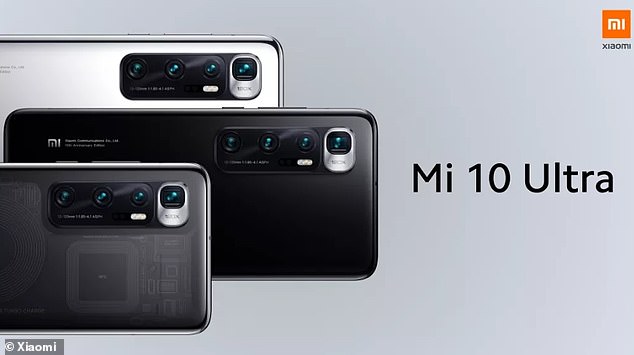 Now Xiaomi claims to have broken its own record again with an 80W beast.

The firm’s rival in charging technology is fellow Chinese company Oppo, whose 125W wired charger can fully charge a 4,000mAh battery in 20 minutes.

In terms of wireless chargers, meanwhile, Oppo offers a 65W wireless flash charging pad that can fully charge a 4000mAh battery in 30 minutes.

The firm later admitted, however, that its 125W charging technology can drain battery capacity to 80 per cent over two years.

It’s likely the rollout of 5G, the next generation communications standard, will mean battery power technology will have to keep up with super-fast internet speeds. 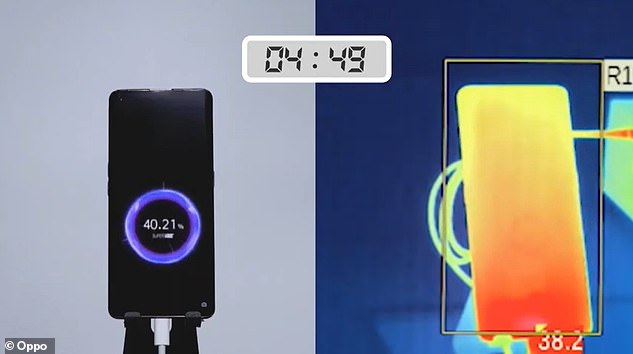 ‘We are committed to continuing to build on our expertise and advantages in the field of high power, wireless and ultra-small charging technologies in order to provide users with a safe, efficient and convenient ultra-fast charging experience.’

Smartphone makers are targeting 100W wireless charging on phones as a standard by next year, according to Android Authority.

– Try to keep it more than 50 per cent charged as much as possible.

– Don’t charge too much – this can overheat your phone.

– Stop playing games. The most battery draining application on most phones are gaming apps.