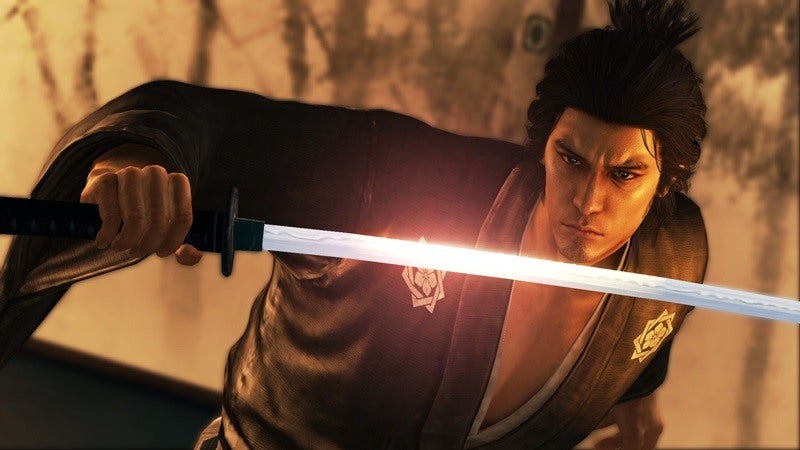 Sato said that he “would like to see these titles localized so that western fans can enjoy them.” “In the past, we prioritized to regain a foothold in the west with Yakuza 0. Time flew by without a good time to publish these titles,” Sato continued. “In my opinion, the action in ‘Ishin’ and ‘Kenzan’ is some of the best on the show. So I would like to localize the titles if there is a chance. However, they are already a good seven years old. So it would take additional work to produce remakes instead of simple ports. That makes the decision a little more complicated.”

I can also report that during an interview with Sato at Gamescom 2019, he told me that he “would have loved to release [Ishin] in the west from the beginning,” but there were concerns because of the game’s basis in Japanese history, which may not be so easily understood by Westerners. “This Japanese history is like common knowledge in Japan, so if a Japanese person who knows Japanese history plays it, he has the storyline, but he also has this twist like ‘oh, they changed it that way,’ and this would kind of lack for Western players who may not know Japanese history.”

Sato continued: “Still, I mean, if the story is good, they might truly enjoy it. I get asked that a lot, but the fact that a lot of people request is is something that I will take back and hopefully we will be able to challenge this and bring it to the west, finally, after all those years.”

From both interviews, we can gather that the team at Ryu Ga Gotoku Studio seem keen to introduce these titles to a Western audience. There are no clear plans yet, but we’ll be sure to let you know if we hear more about an official localization of Yakuza’s Japan-exclusive spin-offs.

We reviewed the latest entry in the series, Yakuza: Like a Dragon, upon its release in November of 2020, scoring it a 7 and enjoying how it took “bold steps in a new direction for the series.” It was recently announced that Yakuza creator Toshihiro Nagoshi will be stepping down as SEGA’s Chief Creative Officer and taking on the role of creative director.

How life is getting back to normal for Israel’s citizens: Nearly 3 million fully inoculated