Two high schools in Victoria have been rocked by claims that senior students are pressuring young girls to send nude photos after a schoolgirl ‘traded blows’ with a boy who slapped her on the bottom.

A Year 12 boy from a Catholic school in Melbourne‘s northern suburbs allegedly harassed a Year 7 student at an all-girls Catholic school to send nude images, the Herald Sun reported on Monday.

In a concerning second case Camberwell High School in Canterbury, east of Melbourne, has reportedly had a similar incident where a senior pupil was asking juniors for sexual images. 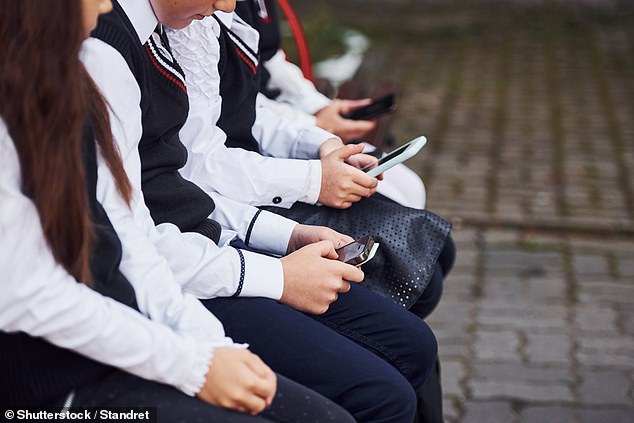 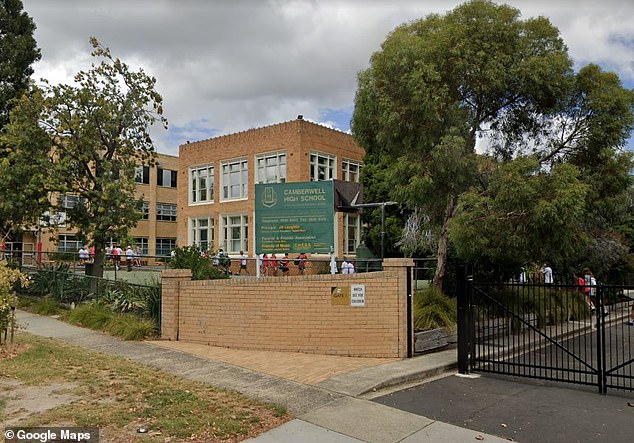 The male student said his phone was hacked when asked about the incident.

A female and male student at Camberwell have also traded blows after the girl claimed the boy patted her on the bottom.

The multiple incidents have caused concern for parents, as Camberwell’s principal Jillian Laughlin said in a statement that the school ‘stands against gendered violence.’

‘We understand we have an important role to play in ­addressing this significant social issue.’

Ms Laughlin said the school has spoken about the importance of reporting incidents relating to consent and sexual assault in school assemblies with school captains.

Camberwell’s principal Jillian Laughlin said in a statement that the school ‘stands against gendered violence’ (pictured: stock image of students sitting on a wall)

‘When a report is made at the school, there is an immediate response. Any allegations are acted upon quickly, and reported as appropriate to Victoria Police, child protection and the department,’ she said.

‘The thing that gives these boys their power is silence. We must do more to educate about the law, and encourage all students to be brave and have courage to tell an adult when this occurs,’ she said.

Ask them to stop:

If someone is pressuring you and you feel safe to do so, ask them to stop.

It might not always work, but sometimes just letting them know they’re upsetting you will make them reassess their actions.

Report and block the person:

If asking them to change their behaviour doesn’t work, don’t continue communicating with them.

– Take screenshots of the requests (this will help if you need to take further action at any stage, so think of it as ‘insurance’).

– Report the person to the social media service or app they used to contact you.

– Block them so they can’t contact you through that social media service or app again.

– If they contacted you via text message, block their phone number from your device.