Young bear siblings play fight while mum’s back is turned


The first rule of fight cub is… You do not tell Mum about fight cub! Young bear siblings duke it out while mother’s back is turned

A pair of young bear siblings have been photographed play fighting while their mum’s back was turned in Russia.

Nature photographer Valerio Ferraro, 47, took the photographs in Kurile Lake, Russia, when the little bears began to throw hands in a playful wrestle.

Valerio, from Varese, Italy, said: ‘The bears confront each other in this game so that in the future, as adults, they will win the struggle for survival.

‘When mum went fishing, the cubs wasted no time playing.’ 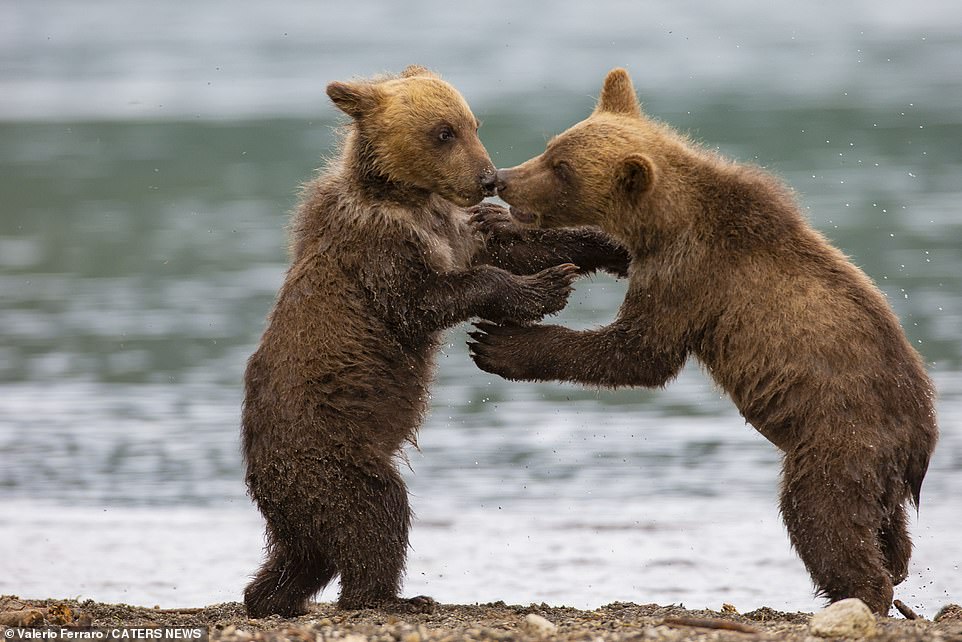 Pictured: Two bear cub siblings play fight it out on the shore of Kurile Lake, Russia. The nearby area is full of animals due to no one being able to live there until the end of the Cold War 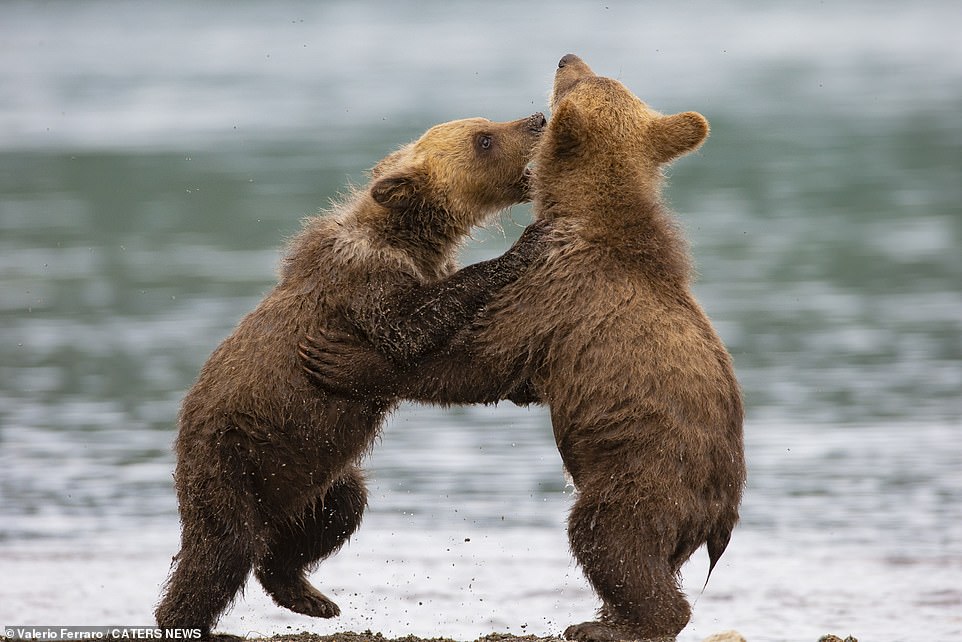 Pictured: The two bear cub siblings grapple as they play fight on the shore of Kurile Lake. The lake is situated in Kamchatka, a former nuclear submarine outpost 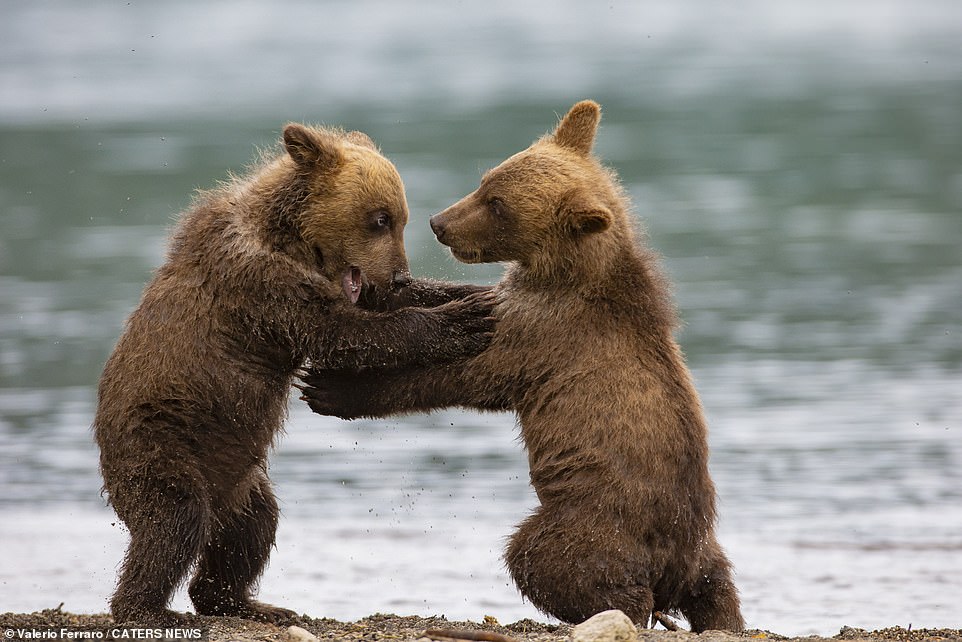 The fighting bear cubs (pictured) were found by nature photographer Valerio Ferraro, who travelled to the location by helicopter 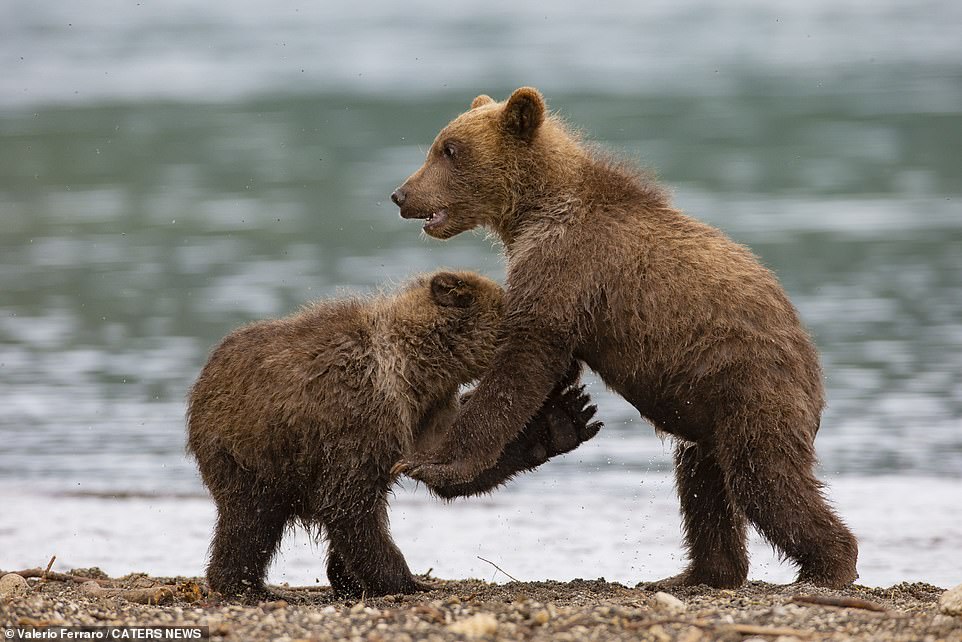 Pictured: The bear cubs battle it out on the shores of Kurile Lake, Russia. The bears were found sitting on the bank of the lake 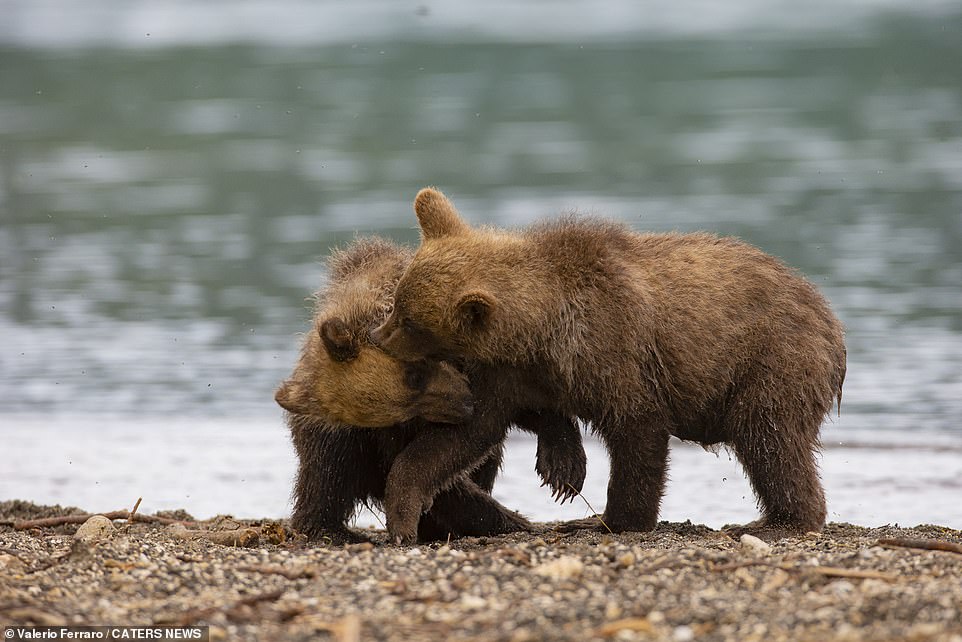 The play-fighting bears, pictured, went to join their mother who was salmon fishing nearby after their tussle on the bank of Kurile Lake in Russia 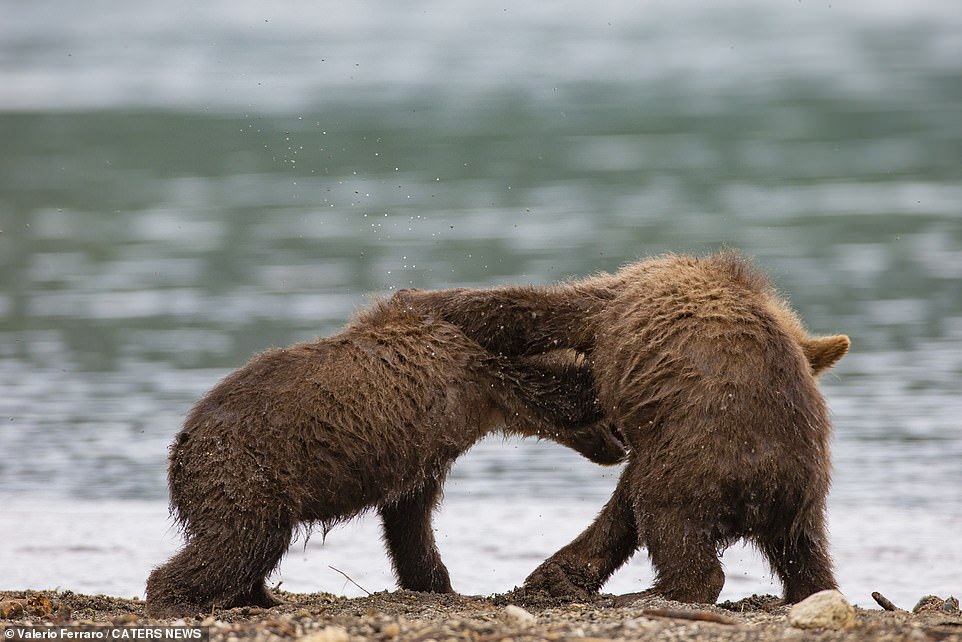 The bears swipe at each other during their play fight on the banks of Kurile Lake, Russia. According to the photographer, the bears confront each other in this way when they’re young to be prepared for later life 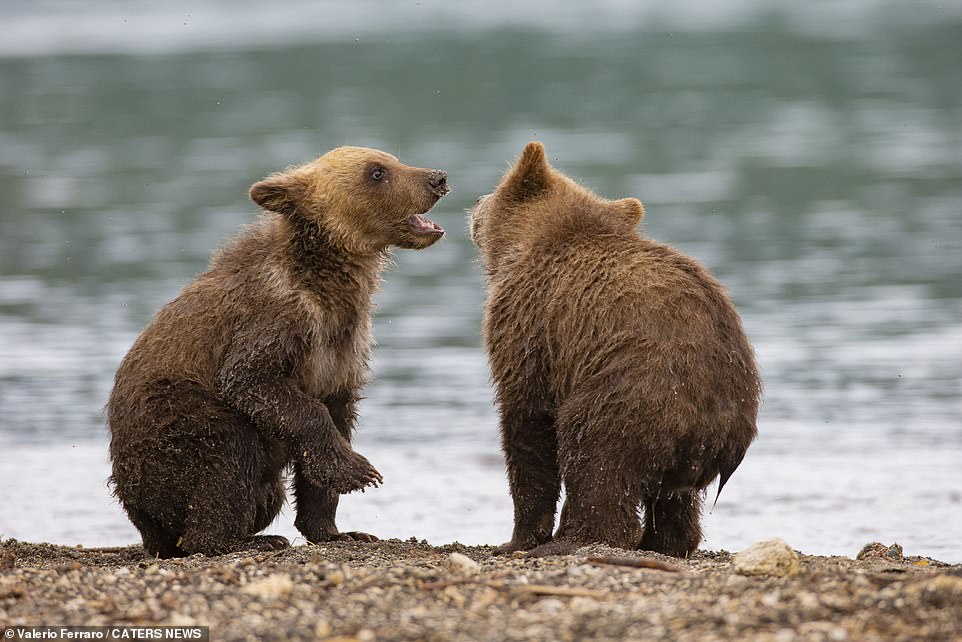 Adult bears will often fight due to not fighting during certain seasons. The young bears have play fights to prepare themselves for these later tussles, the photographer said 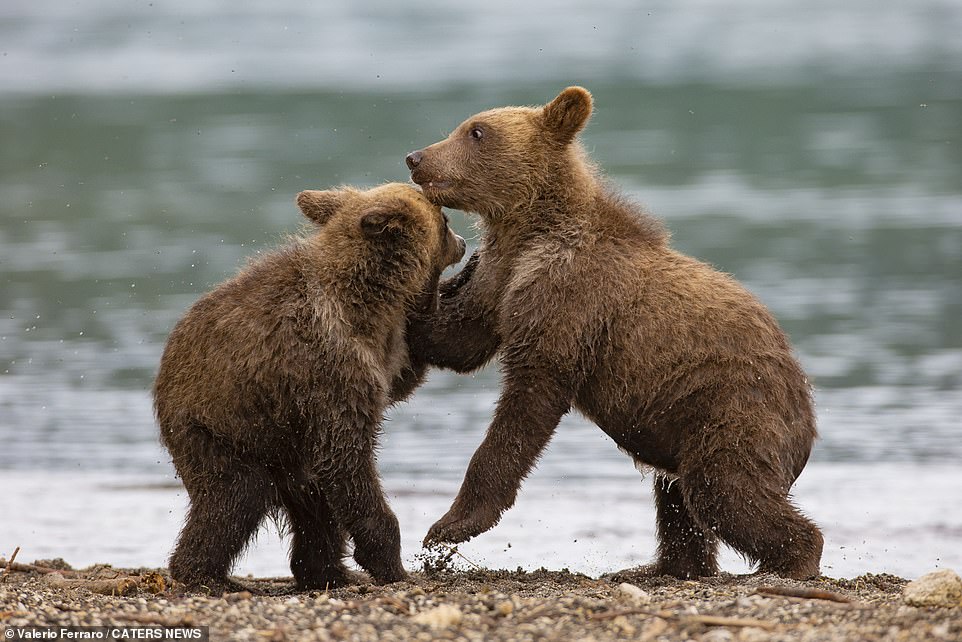 Pictured: The bears play fighting on the bank of Kurlie Lake, Russia. Male bears will often kill cubs in order to make the female fertile again 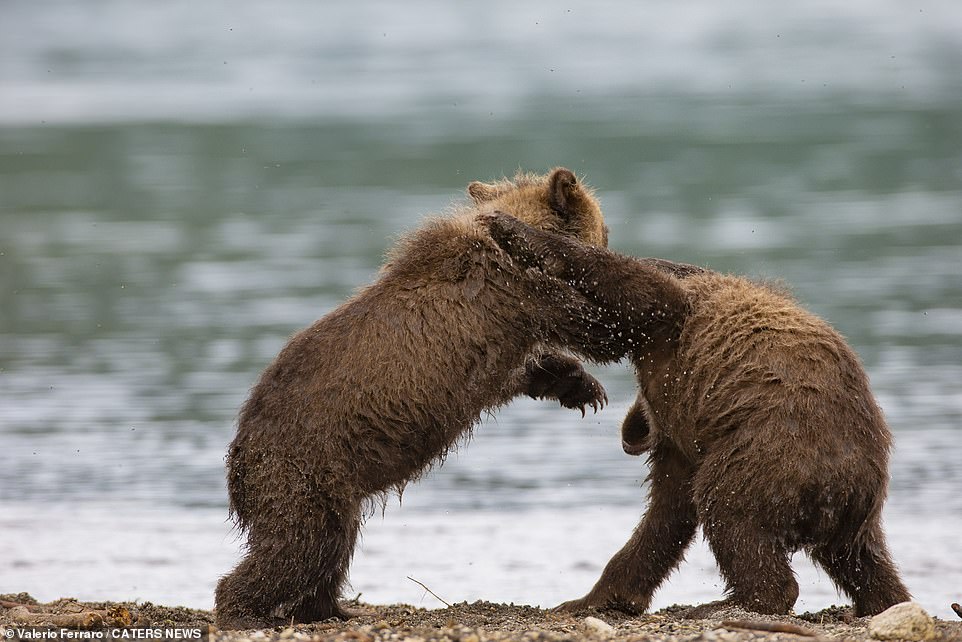 According to the photographer, the group’s presence helped to keep the male bears away from the cubs

One third spend £10,000 supporting others

One third spend £10,000 supporting others