An ambitious young couple are set to sell a majority stake in their clothing business for a staggering $600million after starting their empire with a single store 13 years ago.

Gold Coast husband and wife Simon and Tahnee Beard, 36 and 32, will offload their Culture Kings streetwear company to American-based online retailer a.k.a Brands after signing a life-changing financial agreement.

Culture Kings, founded in 2008, has 500 employees on its books and eight stores across Australia. 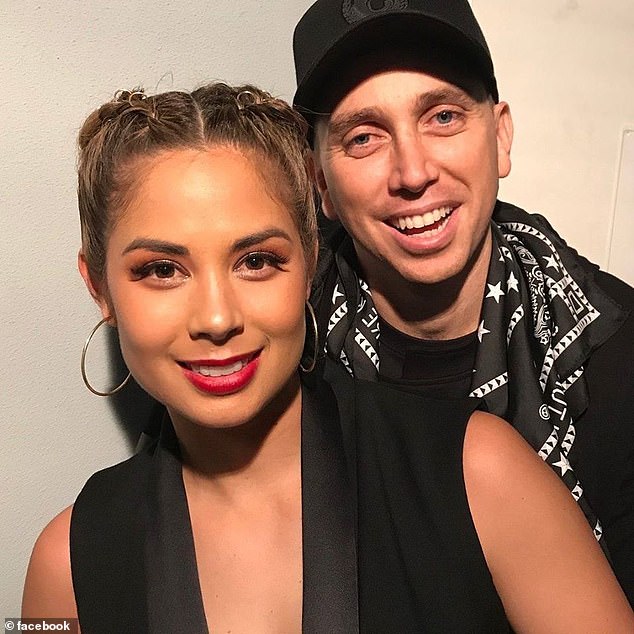 Simon Beard, 36, and his wife Tah-nee, 32, are set to offload part of their Culture Kings streetwear brand to American based online retailer a.k.a Brands for $600 million 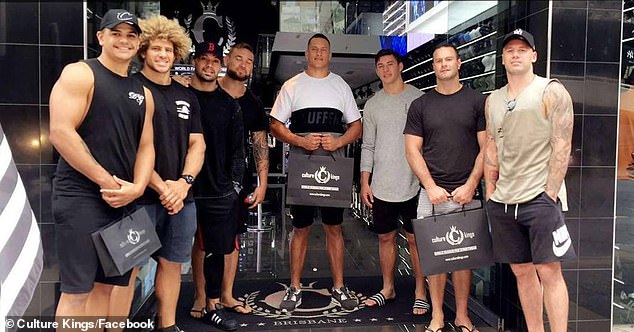 A number of NRL stars are said to love the label, including the likes of Latrell Mitchell, Kane Evans and NSW skipper Boyd Cordner

Culture Kings, which boasts Justin Bieber and Cristiano Ronaldo among their clients, has successfully tapped into the millennial and teenage market for more than a decade.

Despite the business changing hands, Mr Beard intends to stay on as chief executive and retain a stake in the company that will remain based in Australia.

‘Tah-nee and Simon have built a compelling business with a highly loyal and extensive customer base,’ she said. 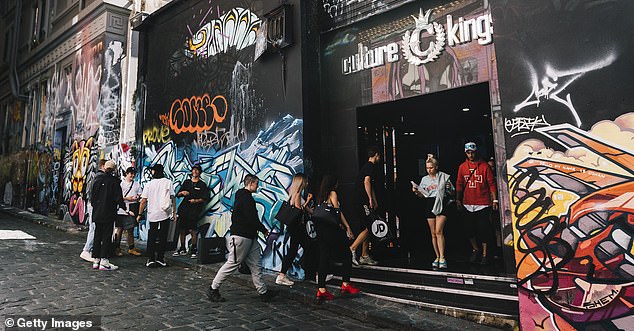 Culture Kings founded in 2008 and now has 500 employees on its books and eight stores across Australia, as well as a healthy online presence 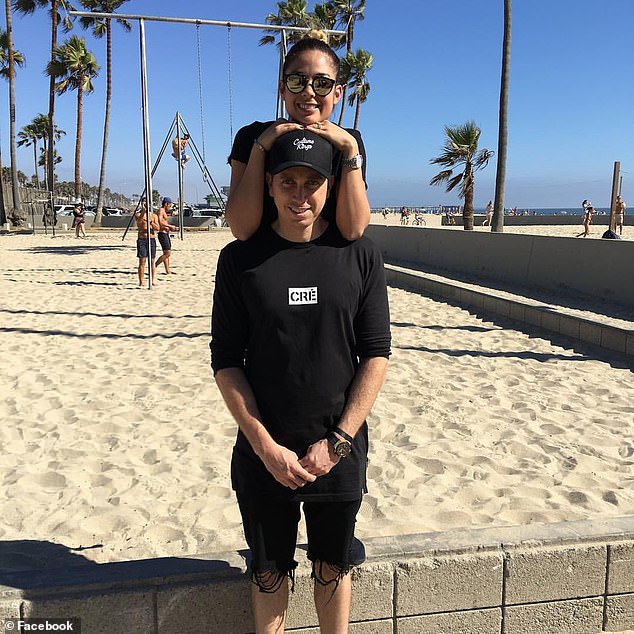 ‘We see significant growth opportunities as we work with Tah-nee and Simon to introduce and expand the Culture Kings experience in existing and new geographies.’

Mr Beard, who earlier made a small fortune selling designer hats and sneakers on eBay, is looking forward to tapping into the lucrative US market, which he labelled ‘very large’.

While many businesses struggled to adapt to the pandemic in 2020, Culture Kings thrived, with an estimated 75 per cent of their sales now from online shoppers.

The company made a profit of over $19million last year and that figure is set to be even bigger in 2021 after they acquired Princess Polly, one of fastest growing brands in the US for women aged between 16 and 25.

And all this from a company formed almost overnight following a chance meeting in a coffee shop between Simon and Tahnee in 2008.

‘I remember he asked me what my goals in life were,’ she told shopify.com.au.

‘I thought at the time it was an audacious question to ask, but he (Simon) is so goal driven, he is always thinking of a thousand other things at the same time.’ 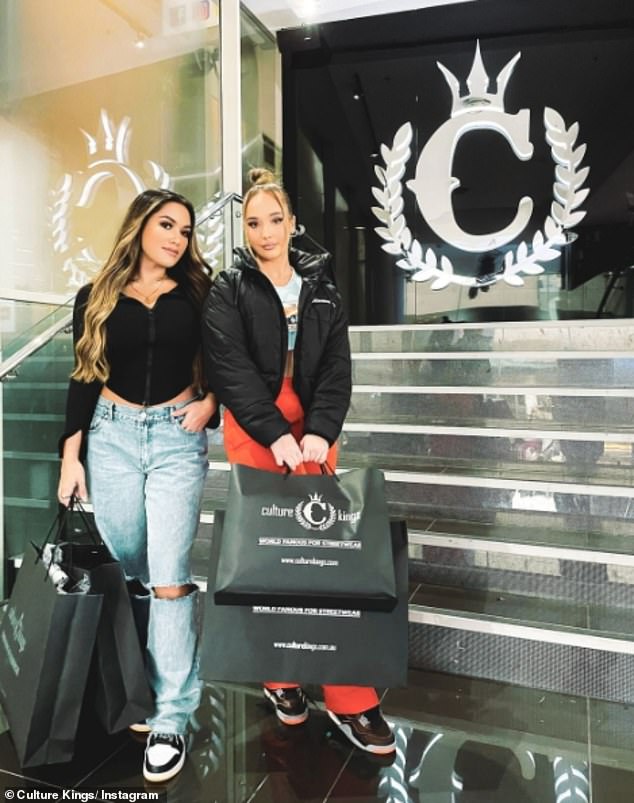 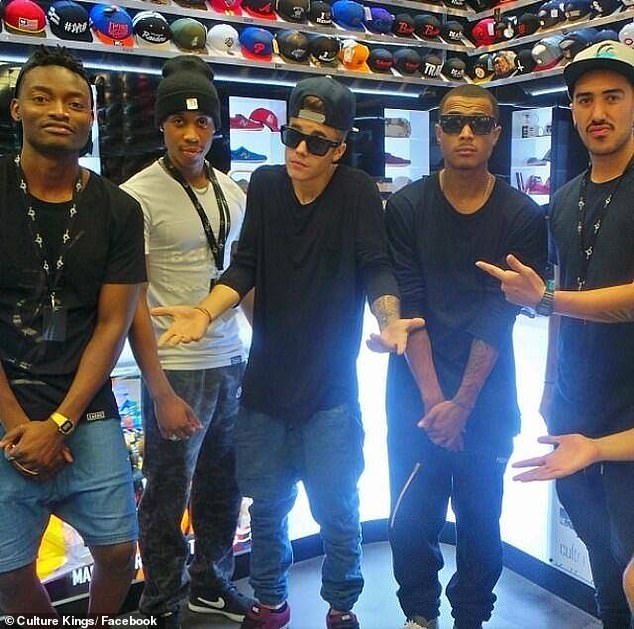 Within weeks of their first date, the pair were a couple, spending up to 20 hours a day together.

They soon combined their savings and began planning their first store in 2008.

And for Simon, who once spent $120,000 to develop his business skills, including a one on one meeting with the original Wolf of Wall Street Jordan Belfort – the uncertainty of what lay ahead was motivating.

‘To build the business from scratch and self-fund it the whole way…it was intense,’ he said.

Soon after the store opened on the Gold Coast, others followed in Sydney and Melbourne.

Priding themselves on being different, in store DJs, barber shops and basketball courts became the norm for Culture Kings. 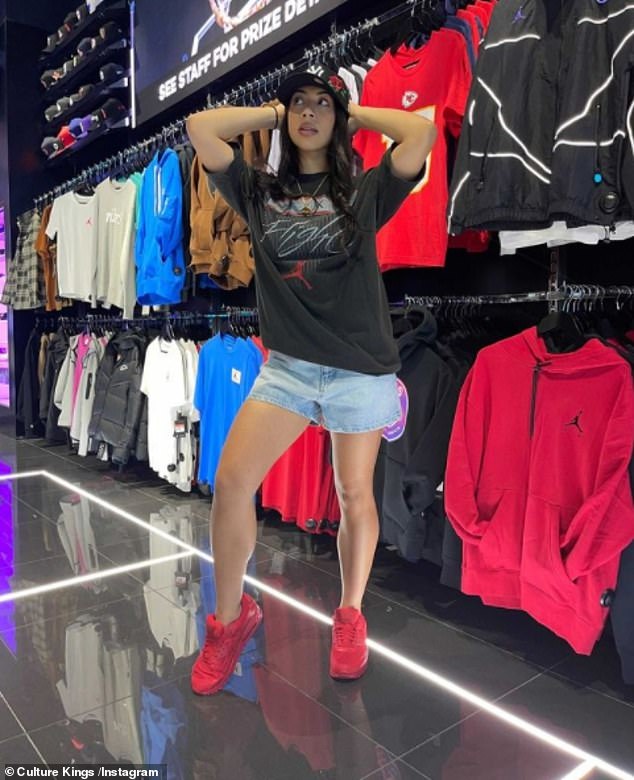 And once celebrities such as Justin Bieber and Drake began to take notice of their streetwear clothing, it was a game changer.

All of a sudden product demand went through the roof in multiple countries, and a global brand was born.

In early January of 2017, a fire at the company warehouse in Brisbane was a significant setback, with the damage bill said to be at least $10million.

Days later a new location for a factory was secured and despite some hairy moments that followed, Culture Kings were soon back on its feet, catering to the masses. 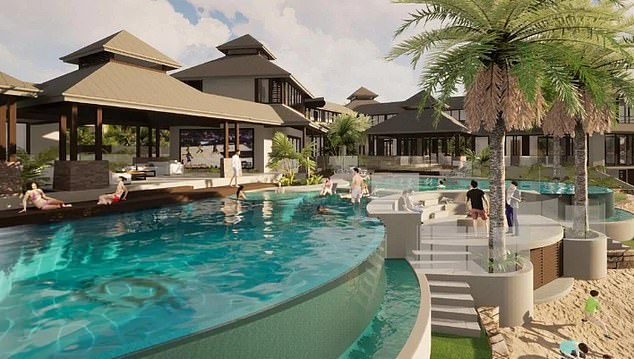 The property boasts a resort-style swimming pool, tennis court and even a private beach.

Balinese-style furniture carries the tropical atmosphere inside so the fashion duo and their two children can feel as thought they are on a permanent vacation, while maintaining a close distance to cafes, restaurants and night life.

The sprawling mansion is less than 10 minutes drive from Surfers Paradise beaches to the north and the Gold Coast to the west. 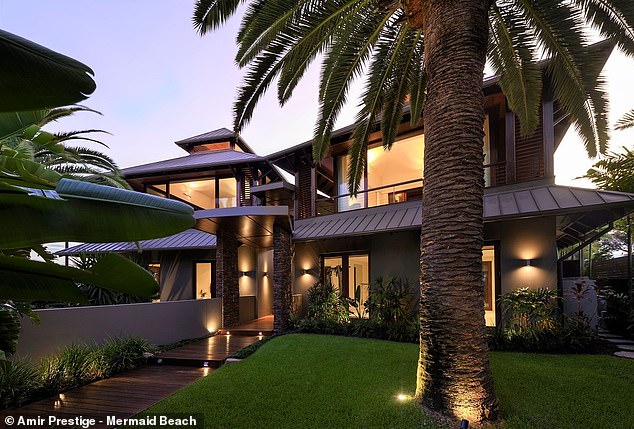 The couple purchased the sprawling mansion on the Gold Coast for $11.75 million in 2020

*The streetwear company was founded by couple Simon and Tahnee Beard in 2008.

*The company has eight stores across Sydney, Melbourne, the Gold Coast, Brisbane and Perth.

*An Australian DJ plays in each store and a range of arcade-style games, such as claw machines a basketball-inspired shooter challenge, where customers can win collector pieces and not-for sale-items.

*Culture Kings is worth an estimated $600million

The Real Science Behind Controller Drift

Coronavirus: Police to be told they can download NHS Covid-19 app