A young nurse has recalled the terrifying moment she was cornered by two of Australia’s most notorious killers after working a late shift on the emergency ward.

The woman, known only as Nicole and in her 20s at the time, stumbled out of Ipswich Hospital in Brisbane on a spring night in 1987 before making her way across a dimly-lit street to where her car was parked.

It was about midnight and the mother-of-two was completely alone, apart from Barrie Watts and Valmae Beck – a sadistic couple who later raped, murdered and tortured a 12-year-old girl.

They are suspected of killing another woman, 31, that same month. 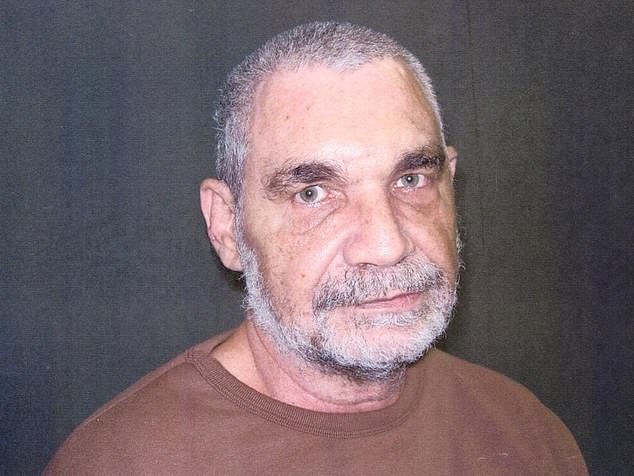 Barrie Watts (pictured) was convicted of the rape, abduction and murder of Sian Kingi – a 12-year-old girl 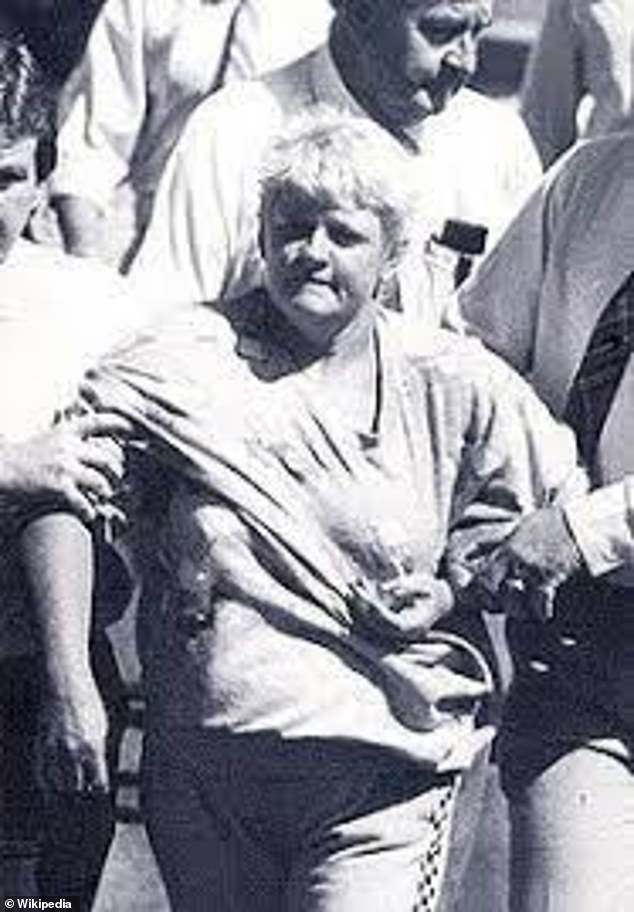 The pair were parked on a median strip in a filthy white Holden station wagon laying in wait for a vulnerable young woman to walk out of the hospital alone.

Watts had told Beck that he’d dug a grave in bushland near Lake Wivenhoe – which was about a 10-minute drive from where they rented in Lowood, north of Ipswich.

Although the sickening sex predator had a fetish for petite blonde women, they decided to make their move on Nicole, who was a redhead.

As she got in her car, the station wagon came roaring down the hill and parked in front of her car.

Watts got out and asked Nicole for directions, insisting she step outside the car and point to where they needed to go.

Fearing for her safety and with her internal alarm ringing at full pitch, Nicole stepped out but kept the door between her and Watts, while Beck waited in the driver seat with the motor running.

When Nicole peered over the station wagon, she noticed something that sent chills down her spine.

‘I could see ropes and hessian bags and he (Watts) was getting closer and closer, and everything in my body was saying “something’s not right here”,’ she told the ABC.

‘He was about my height… his eyes were just black with nothing behind them… he was close to me as a book in front of your face and I just felt chills.’ 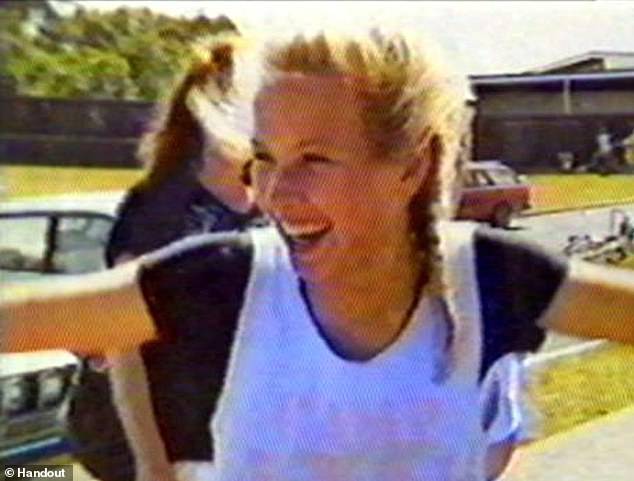 Sian Kingi (pictured) was riding her bike home from the local shops when she was lured to a park to ‘help look for a poodle’ then abducted, sexually assaulted and murdered 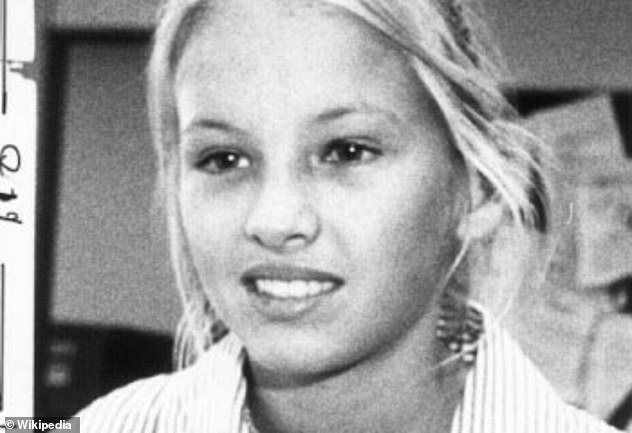 At this point a stranger happened to be passing by, so Nicole decided it was now or never and jumped back in her car, maneuvered out of the tight space and put her foot to the floor, constantly glancing in her rearview mirror to make sure they weren’t chasing her.

She told her husband as soon as she arrived home and then made a report to police.

‘They (the police) said they were after a virgin and my black humour was ‘well they were barking up the wrong tree’… I had two baby seats in the back of my car.’

Just a few months later she would see their faces again after turning on the evening news. 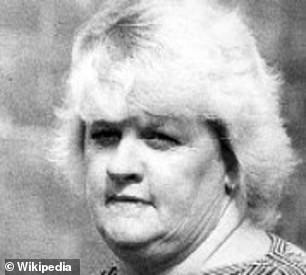 Watts brutally murdered young school girl Sian Kingi, on the Sunshine Coast on November 27, 1987 with the help of his then-wife and mother-of-six Beck.

The pair lured 12-year-old Sian to help look for a ‘white poodle with a pink bow’ before Watts abducted her into the backseat of their vehicle as they had tried to do to Nicole.

After gagging Sian and driving her to a remote forest, Watts performed a fantasy he shared with Beck by repeatedly sexually assaulting Sian before strangling and stabbing her.

Beck and Watts were both sentenced to life imprisonment but Beck later died in 2008, taking her secrets of other potential crimes to the grave to the dismay of detectives.

Now Watts, who is serving a life sentence at Wolston Correctional Centre, has applied for parole almost 35 years after his crime.

But he remains the prime suspect in the suspected murder of Brisbane school teacher Helen Mary Feeney, 31, who disappeared from Carseldine in Brisbane’s north in the same month Sian was killed.

State Member for Ninderry Dan Purdie expressed outrage at Watt’s plea and said it sent ‘a shockwave through my community, police and Sian’s family.’ 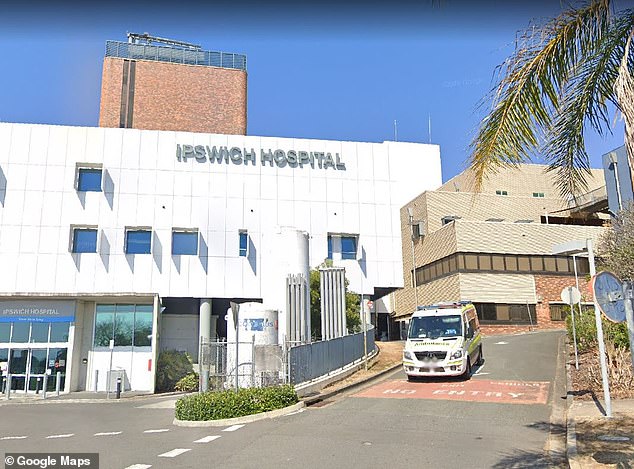 Nicole, who was in her 20s at the time, stumbled out of Ipswich Hospital in Brisbane on a spring night in 1987 before being ambushed by notorious killers 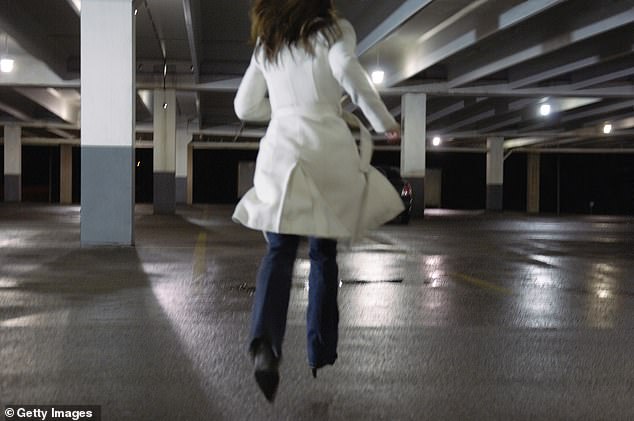 When Nicole peered over the station wagon, she noticed something that sent chills down her spine (stock image)

‘All – including her parents who I spoke to again this morning – have grave concerns for the persons living in any community in which Barrie Watts may be released into,’ the Courier Mail reported.

‘If Watts is given parole, what precedent would this set? How many others child killers would be released while they still represent an unacceptable risk to the community?’ he said.

Retired detective Neil Magnussen also joined the chorus of dismay and said Watt’s will ‘never, ever be rehabilitated, ever.’

‘He’s got a thing about young women and girls. He’ll never stop. He’s a danger to the public,’ Mr Magnussen said.

For some of Sian’s classmates, they feel that her brutal death stripped an entire generation of Sunshine Coast kids of their innocence.

Ms Fletcher said Watts’ vile crime destroyed the entire community and he deserved to ‘rot in jail… just as [we] were promised’.

US election 2020: What has Trump said about your country?

Amber McDaniel, 31, turned herself in to police on July 8 on expenses of endangering the...