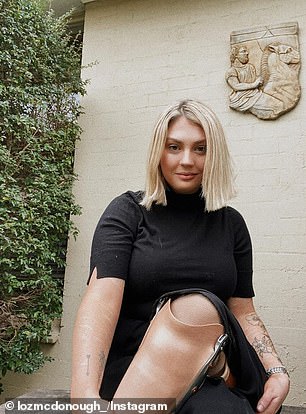 A young woman who had both her legs amputated after she tried to take her own life amid a gruelling battle with depression has encouraged others suffering with mental illness to ‘never give up’.

Bravely sharing her story to help those who are struggling, Lauren McDonough, 23, from Greensborough in Melbourne‘s northeast, said sufferers should never feel ashamed to reach out for help.

Ms McDonough has a rare condition called treatment-resistant depression, which is a debilitating form of the illness that renders medication and psychotherapy ineffective.

In 2017, when she was just 19, her mental state declined to the point where she tried to take her own life, but the unsuccessful attempt left her in hospital with a fractured spine, a severed left foot and a broken right foot which led to the amputation of both legs.

The excruciating ordeal saw her develop post-traumatic stress disorder and she was faced with the terrifying prospect of never being able to walk again.

But the now 23-year-old defied the odds and learned to use her two prosthetics, unaided, for the first time in four years – a feat she told Daily Mail Australia was the most rewarding thing she’s ever done. 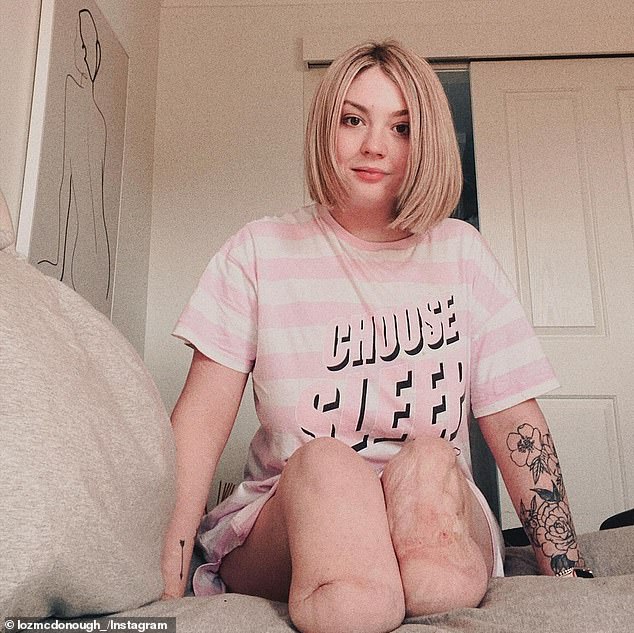 Lauren McDonough (pictured) said she used to feel ashamed about her legs, but is learning to embrace her appearance as an amputee 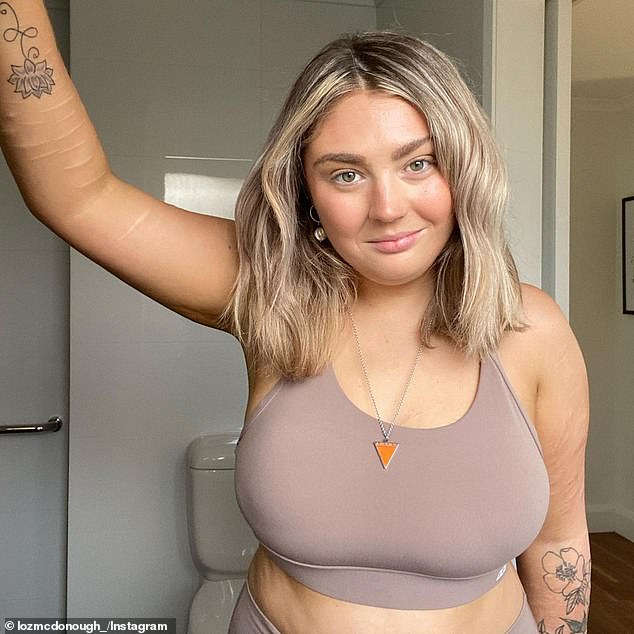 Pictured: Lauren McDonough, who has struggled with her mental health since she was 13 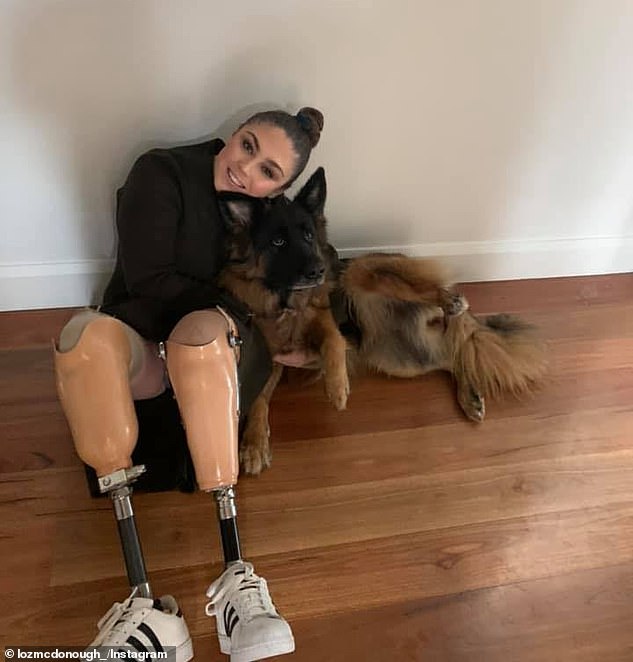 Ms McDonough said people with mental illness often feel burdened by the stigma associated with it, but she reminded sufferers to ‘never give up’.

‘There is absolutely no shame in that in that.’

On the night of her suicide attempt, the young woman remembers feeling extraordinary pain and firmly believing she would not make it.

‘I remember the screams from that night vividly. I remember being in an incredible amount of pain. I remember people calling out to me,’ she said. 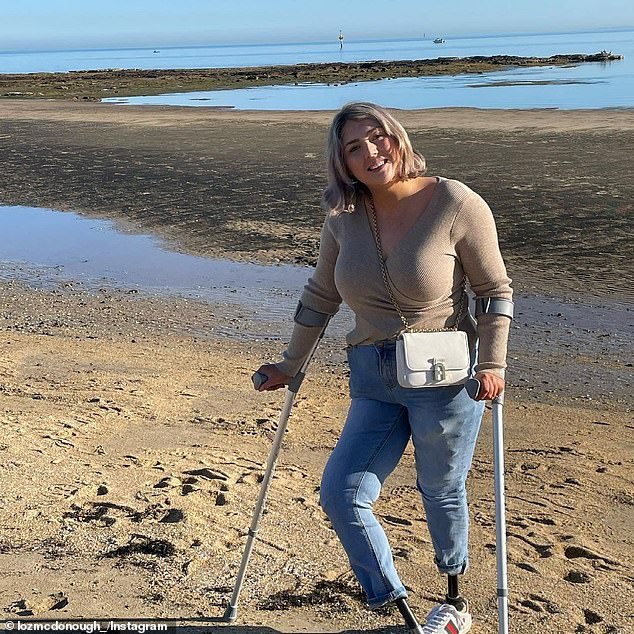 Pictured: Lauren McDonough walking along the sand with her prosthetics  and two walking sticks 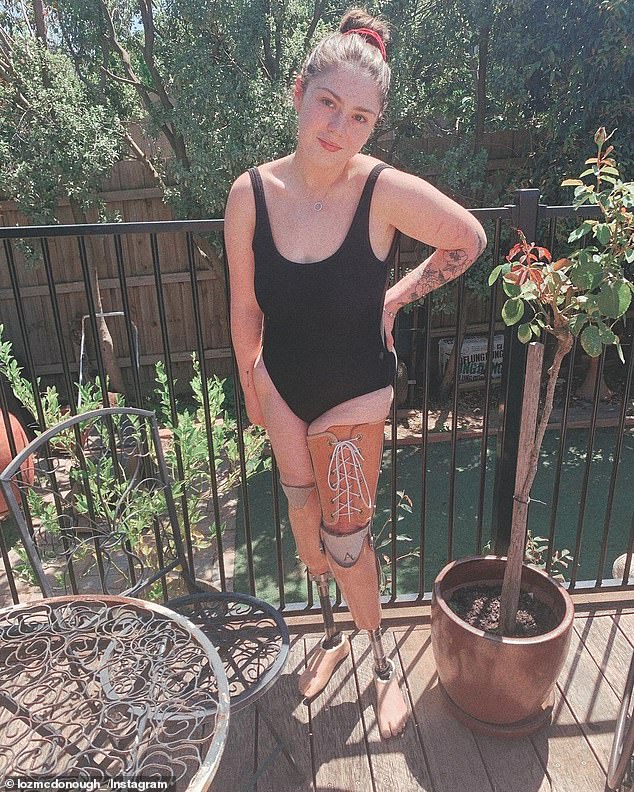 Pictured: Lauren McDonough with her prosthetics. One has a corset-style strap that get tied to her leg

She was placed in an induced coma and spent about four months in hospital undergoing intensive and painful therapy – making her fight with depression harder than ever.

‘The tears have been endless. The days sometimes morph into months at a time. And the physical pain has been debilitating at the best of times,’ she said.

‘But the moments of laughter, and the moments where I’ve achieved things I never thought I could have achieved has made the journey – although the hardest thing I’ve experienced – has led to some of the most rewarding moments of my life.’ 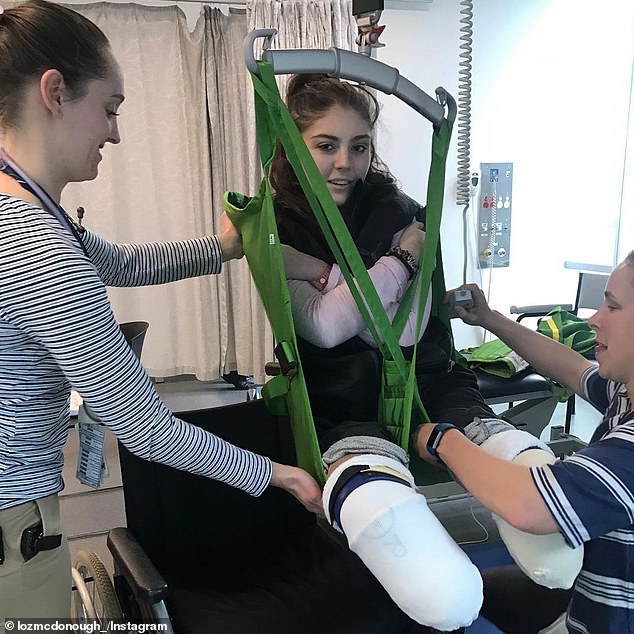 Pictured: Lauren McDonough after her legs were amputated. She said walking has been a painful experience, but she was determined to do it 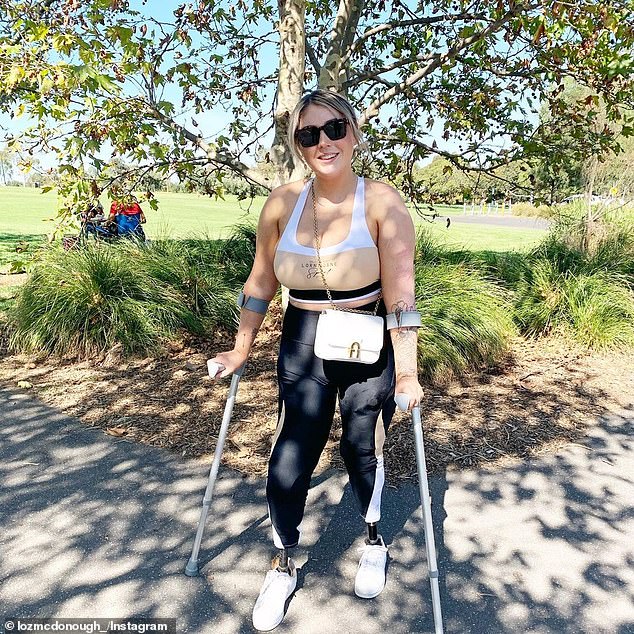 The stumps where her legs were cut off have been put back together with skin grafts, which left Ms McDonough feeling ‘humiliated’ to go out in public at first.

Over time, she became more comfortable with her prosthetic legs than she ever was with her natural legs.

‘Society puts so much pressure on people to look, perform and be a certain way but I realised my amputations didn’t change who I was as a person, and the way I look is okay.’

While her condition does not respond to regular medications or therapy, Ms McDonough undergoes ECT treatment, or electroconvulsive therapy – where doctors give her a general anesthetic and induce up to four seizures electronically.

She said that apart from a headache when the anesthesia wears off, the procedure isn’t painful and alleviates her suicidal tendencies. 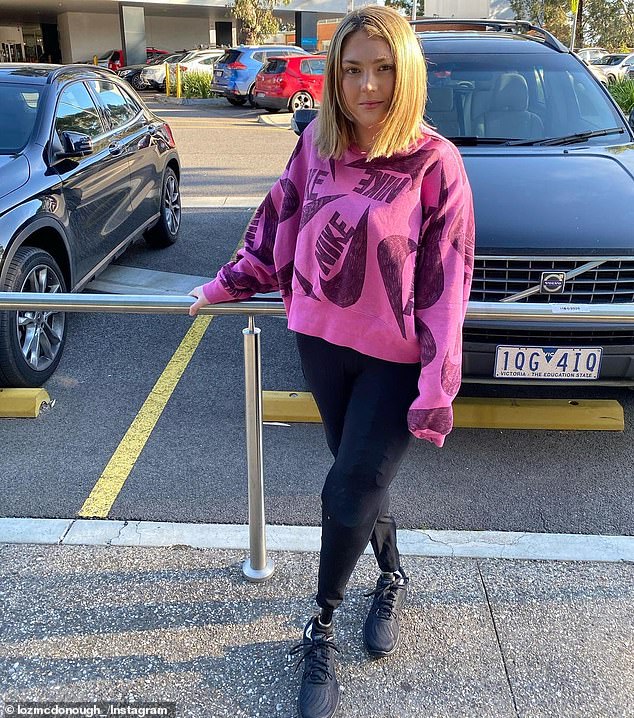 She was initially embarrassed to go out with her fake legs, but realised that it doesn’t matter what she looks like 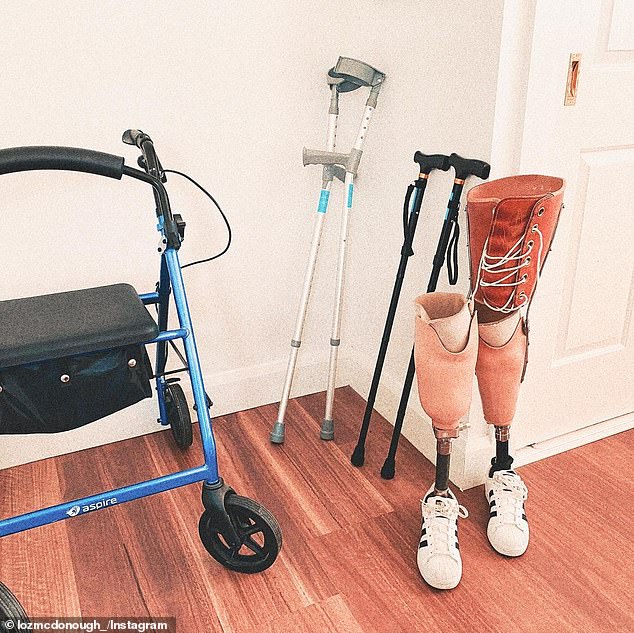 ‘There’s still a lot of stigma around mental illnesses and especially ECT, but this treatment saves mine and so many others lives.’

The young woman also said she is very lucky to have a supportive family and wants to share her story to help others who are struggling.

When asked about her ambitions for the future, the young woman said: ‘I just want to help people.’

‘Even though depression is a really hard battle and can feel debilitatingly hard, I want to let people know that others do care and people do worry.

‘It’s hard to see and feel that when you’re in a bad headspace, but help is out there. You shouldn’t feel ashamed to speak up – it’s really brave and 100 per cent normal and okay to do so.’

WHAT IS TREATMENT-RESISTANT DEPRESSION?

Treatment-resistant depression is diagnosed when standard treatment for depression, such as medication and therapy, don’t work.

Symptoms can range from mild to severe and may require trying a number of approaches to identify what helps.

There’s no standard diagnostic criteria for treatment-resistant depression, but doctors generally make this diagnosis if someone has tried at least two different types of antidepressant medication without any improvement.

Treatments can include Vegus nerve stimulation, which is when an implanted device sends a mild electrical impulse into the nervous system to improve depression symptoms.

Electroconvulsive therapy is another treatment, which is where the patient receives a series of electric shocks to reduce the symptoms.

We are NOT racist, say England fans: Supporters blasted over booing of footballers

Uber pays food delivery worker $400,000 rather than risk having its legion of low-paid workers being...