Wake Forest, N.C. — A 63-year-old Youngsville man was arrested this weekend after a mother claims he tried to pull down her 11-year-old daughter’s pants at a Walmart in Wake Forest on Friday night.

Police have accused Raymond Leonard Mancini of harassing the girl sometime after 9:30 p.m. inside the aisles of the Walmart on South Main Street. After the incident, he fled the building, according to officials.

He was charged with second-degree kidnapping and taking indecent liberties with a child. He has his first court appearance at 2 p.m. on Monday.

Holly Haag said she was in an aisle looking at Insta Pots, while her daughter looked at cups feet away. 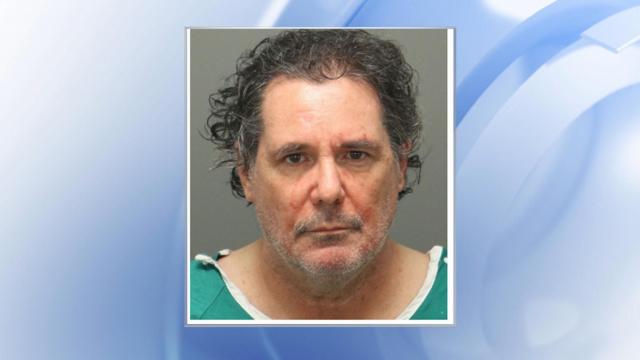 While separated, a man approached her child.

“He followed my daughter and went up to her and says, ‘Sorry, I have to do this,'” recalled Haag.

Haag said the man grabbed her daughter and tried to pull down her pants.

“She screamed, ‘Mom!’ He put his hands up and says, ‘I’m leaving now.’ And she was terrified,” said Haag.

The girl was not hurt in the incident, which is under investigation.

The man went for the exit, while Haag and her daughter got help.

“There wasn’t a policy in place to protect my daughter,” said Haag. “The predator, he just walked out the front door.”

Haag said she wanted to go public about what happened for a couple of reasons.

“I wanted to make sure he is caught. I don’t want this to happen to any other family or any other child,” she said.

Haag also said she wants to press businesses to do more once notified a child has been assaulted on property.

“Why is a store not shut down when a child is assaulted by a predator?” Haag questioned.

Mancini is being held at the Wake County Detention Center on a $50,000 secured bond.

Product Name: eBookpage Click here to get eBookpage at discounted price while it's still available... All...